For those that are new to CORSAIRs Hydro series it all started way back in 2009. A cooperation with Asetek gave birth to the Hydro50 utilising a single fan. And in a later stage the more performant dual fan equipped Hydro70 unit. Competition was fierce as other brands introduced similar look-alikes.

CORSAIR bundled forces with CoolIT and started to develop it's own lineup, leading us to the Hydro60 cooler. The latter was the first of Corsair's range being able to be monitored/steered by the LINK Software. The previous Hydros were very basic and needed voltage adaptors to regulate the fan speed. Now with LINK, the possibilities are endless: being able to adjust fan speeds, monitoring temperatures of all sorts of devices via optional control boxes, even controlling LEDs was possible. Sadly the LINK software got delayed time after time, as CORSAIR didn't want to release a half finished product.

With increasing speeds and cores on modern processors the demand for even better cooling was a logical step to design the Hydro80. Sporting, similar as the Hydro70, a beefier radiator and a dual push and pull fan setup. All these all in one liquid cooling solution 120mm coolers performed pretty good, but the generated FAN noise, to warrant this, was a negative side effect. Only one way to warrant better cooling with a lower noise ratio and that was via increasing the cooling surface. The Hydro100 was CORSAIRs first 240mm radiator and led to even better cooling performance, yet the noise level reached was at a far more acceptable level.

The naming of the CORSAIR Hydro series is pretty easy. The higher the number, the better the cooling performance the end user can expect.

Back the new Hydro "i" series now. The box art has been refined, now sporting an orange colour theme. But it's what is inside that matters. 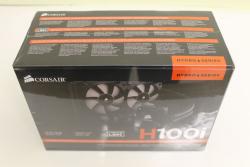 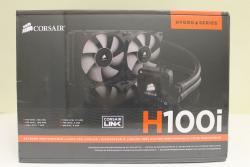 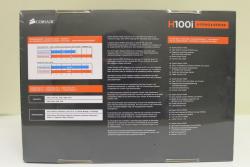 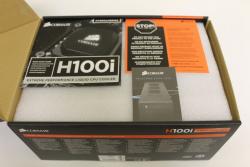 Box art is surprisingly similar with the H80i 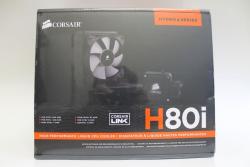 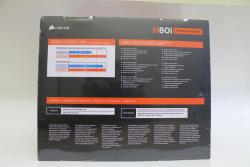 The pump/cooling block unit is similar looking too for both units. A new more compact shape plus spot also the absence of the 3 way profile push button.  The previous Hydro 80 and 100 users had the option to select between 3 profiles: Quiet, Balanced and Performance mode. The new H80i and H100i are far more advanced and can be fully tuned or tweaked via the now available for download LINK software. But more on that later. Other big change, besides the new look is the large diameter low permeable tubing. Being first of all more flexible then the previous low evaporation FEP type. 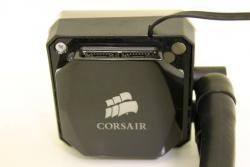 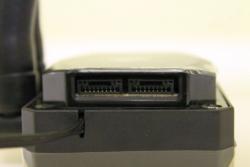 The FAN connectors got an overhaul too. Due to the sleeker design, they are now micro size and the fans are connected via a splitter cable. Instead of being straight hooked up to the pump unit. Both the Hydro 80i and H100i can steer up to 4 fans, however the H80i only has one splitter cable in the box, while the H100i has got two included. 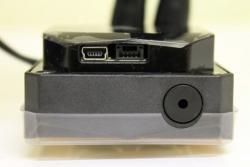 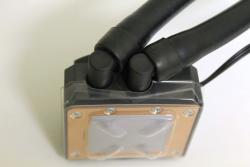 On the other side we find two connectors, allowing the unit to be hooked up to the motherboard's USB port. Without this cable, the LINK software will be unable to monitor fan speed. CORSAIR still pre applies the TIM on the bottom of the cooling block, making installation a breeze. 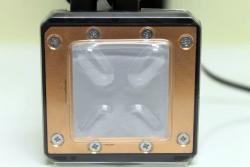 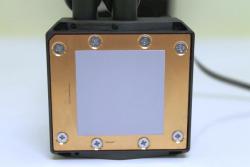