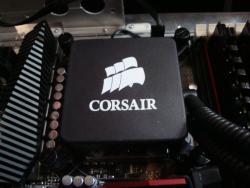 I was surprised that Corsair launched another complete liquid cooling model, the H60. The H50 being perfect for tiny spaces and moderate cooling demands. The H70 was able to cope with our overclocked Gulftown setup, crushing the H50's performance. It's beefier radiator and dual fan setup was a big step forward for higher cooling demands. Corsairs new H60 is the first new release of it's new partnership with the CoolIT company. Corsair continues to sell CoolIT's previous products to the end users.  CoolIT themselves will only be shipping their products to system builders and integrators. CoolIT's products at the last years Cebit 2010 looked promising but had a few too many flaws to be really competitive with the Corsair/Asetek lineup of the H50 and H70. Time to open the box...

The box art/design remains loyal to what we have seen for the previous Hydro series. If it works why change it. The box is a real eyecatcher and protects the inside components well. The Hydro 60 box is significantly smaller than the previous versions. 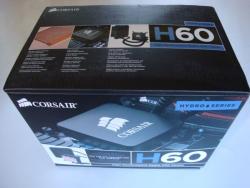 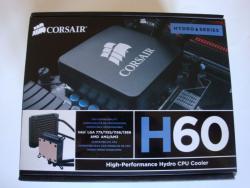 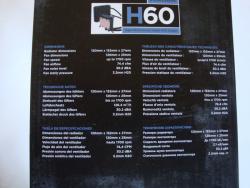 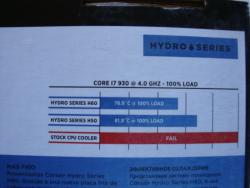 All the specifications are nicely listed on the box. The picture on the right clearly shows the H60 is not intented to be a H70 killer. Besting the previous H50 in the Corsair labs by 3°C with an I7 overclocked to 4Ghz. When we tested the H70 vs the H50 we saw a big temp gain when overclocking our Gulftown CPU. 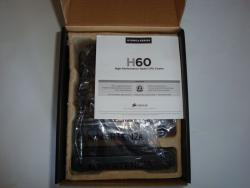 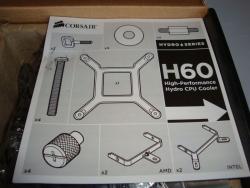 The Hydro unit is well protected and the included manual is clearly understandable and the instructions seem valid for ages from 7 to 77 years. 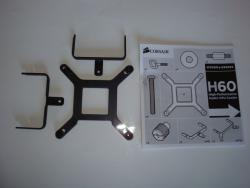 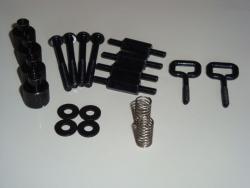 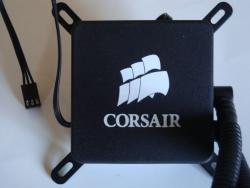 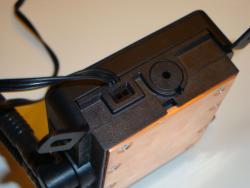 Too bad Corsair didn't use the flashy Chrome logo from the H70 unit. The new pumps shape is rectangular and looks quite slick and slim. The previous CoolIt models had similar shapes though were a lot bulkier. The picture on the right shows the sensor connector for the readout of the fluid temperatures via the LINK software.

The AMD mount uses the stock motherboard mounting. To prep the H60 you need to unscrew 4 tiny screws, slide out the Intel mounting and replace them with the AMD ones. Childs play, as you can't inverse the mount. Our sample's mounting was a bit loose when fully mounted. So I added a washer to increase the pressure. The TIM print afterwards was excellent. Gareth Ogden told Madshrimps that a new improved mounting will be included in the retail kits. Reviewers will get the new mounting kit seperately. 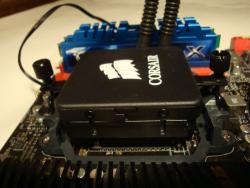 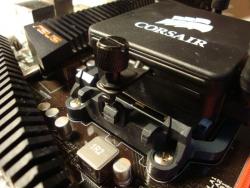 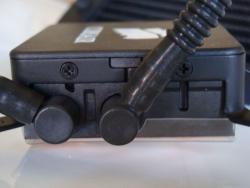 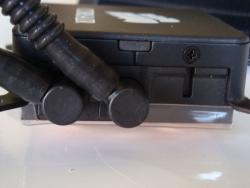 The Low evaporation FEP tubings are still pretty rigid, but if they can withstand the test of time and don't get porous or cause evaporation (leading to possible failure), it's okay for this sceptical reviewer. Luckily Corsair included the swivelling connections again, making it far easier to install the new Hydro unit. 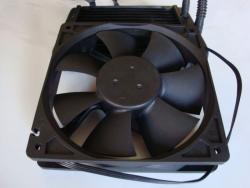 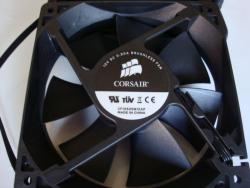 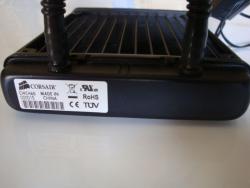 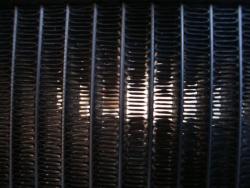 The radiator looks similar in size to the H50 units. Though the new version has got bigger pipes to allow more efficient heat dissipation.