No surprise as we expected again a colourfull flashy cardboard box from Corsair. No need to change a design that works. You spot immediately the ressemblance with the H80 cooler box art. 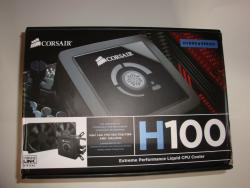 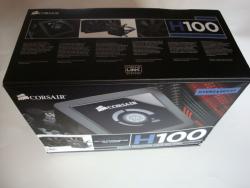 Similar to the previous Hydros, Corsair lists the expected temperatures compared to other versions on the box. Comparing with the H80, only a mere 2°C improvement ? With a bigger radiator surface that doesn't seem that big of an improvement. But let's await the tests before judging. 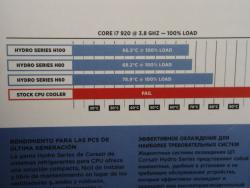 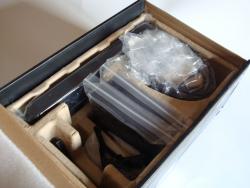 The rad looks like an XXL version of the Hydro 60. The baseplate of the pump/cooling unit looks similar to the other Hydro 60 and 80 models. All manufactured by CoolIT. 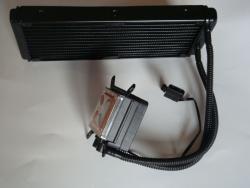 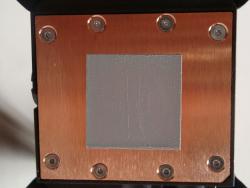 The central button, to control the fan speed is still present. The user can select out of three speed settings via pressing this button. As with the H80, no real info is available regarding fan speeds as we can't monitor the rpms via the motherboard. On the webpage Corsair lists the approximately fan speeds for each preset :

The fan speed setting within the preset, is controlled by the unit itself and depends on the fluid temperature inside the unit. Corsairs upcoming LINK software will hopefully appear somewhere in Q4 of this year. Allowing finetuning of fan/pump speeds.

Once you control the Hydro unit via the digital LINK software the little man logo will light up. The tubings used are still of the Low Evaporation FEP type. Still quite rigid, but the advertised durability makes up for it. The swivelling mounts are still present.

Big difference from the Hydro 80 is the possibility to allow the unit to control 4 fans in stead of two. The included fans share the same specifications as the Hydro 80 ones. So fast RPMs (2600) warranted at high speed. 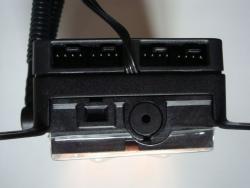 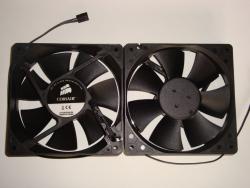 All Intel sockets are covered, even the brand new s2011 ! Alike the H80, the pump/control unit is getting powered straight from the PSU via a molex connector. The little connector is hooked up to a fan connector on the motherboard to monitor the pump speed. 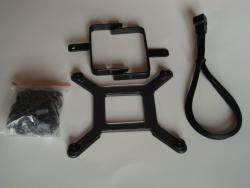 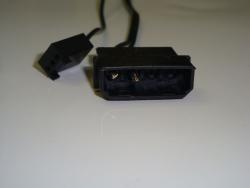