Even the mounting system has been redone. No more swapping brackets by removing tiny screws. Just put the required bracket over the pump unit and you are good to go. It doesn't get more easier then this. All sockets are supported from socket 1155 to 2011 for Intel and for AMD from AM2 to FM2 socket. Can we mention the Hydro80i and H100i are now certified for age 7 to 77 ? 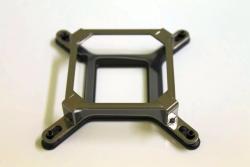 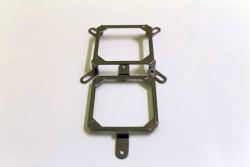 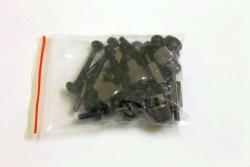 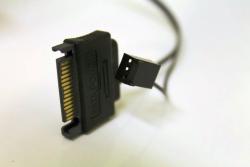 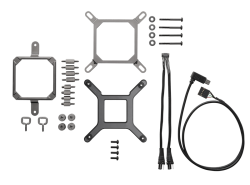 While the H80 and H100 were required to be hooked up to a 4pin molex connector, the new power adapter requires a SATA power connector. As mentioned on the previous page, the FANs are now hooked up to a splitter cable. Two FANs per cable, similar as with the previous versions 4 pin PWM fans are also supported. The cable on the right hand pcture is the LINK cable to connect the pump unit to the motherboard. 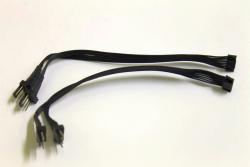 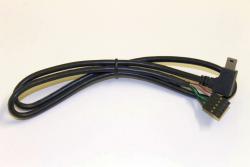 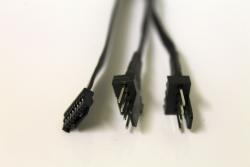 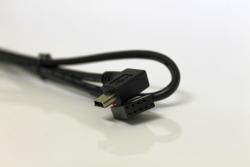 A welcome addition is a slightly trimmed down version of the CORSAIR Air FAN series. At first look sporting similar specifications with the 120mm Static Pressure High Performance fan. No fancy ring inserts to adjust the colour theme, nor are the rubber inserts to dampen the vibrations. Maximum RPM is estimated around 2700rpm which is about 300pm faster then the previously mentioned 120mm Air Series SP HP FAN. 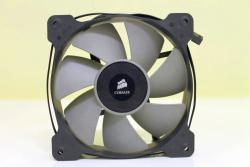 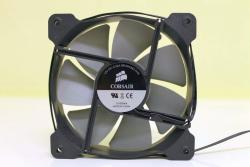 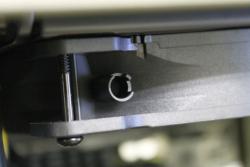 Some more shots comparing the radiators between the new H100i and the old H100 version: 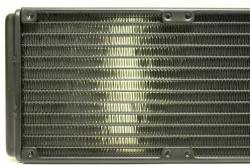 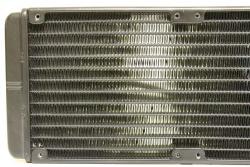 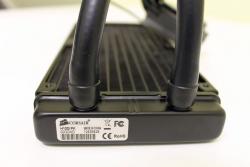 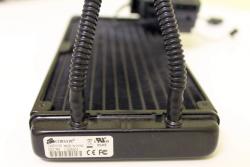 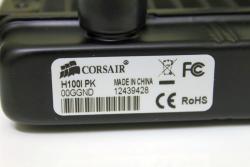 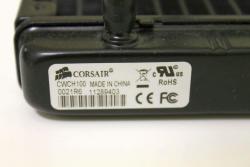