Last week a group of enthusiast overclockers met in Beijng for the world Finals of the MSI Overclocking ChampionShip of 2009. Our very own Massman was able to squeeze himself into a spare seat to watch the action from the front lines. This is his report of the events 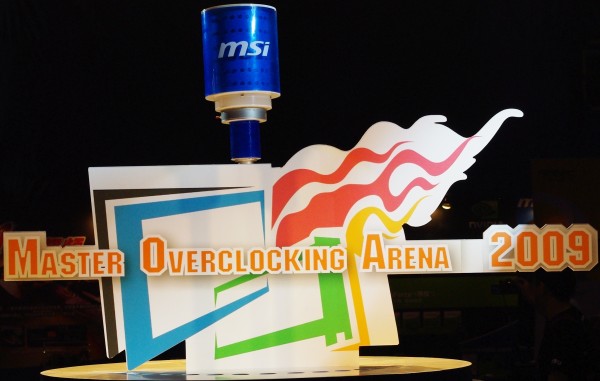 So it has come to this, twenty teams consisting of forty overclockers are being transferred to Beijing, capitol city of China, to spend a couple of days at an Olympic site at which they'll compete in an overclocking final. From experience I know that the part where you fly in is actually the most difficult part as many of the competitors spend 10+ hours sitting and waiting in the airplane. When I went to Taipei to attend the GOOC 2009 finals, my total flight was around 14h. This time, thanks to a direct connection from Brussels to Beijing, I only had to wait 9 hours, which was actually a very short trip compared to for instance the team from Brazil, who had to fly 24h for a trip that lasted more than 30 hours. Talk about dedication to overclocking!

As the actual competition was held the 29th of August, most of the competitors and media arrived the 28th of august at the Olympic Sports Center Hotel, which fitted perfectly in the "IT Olympics"-theme of the MSI OC-Arena competition. Checking the prices of the hotel and comparing them to those of the hotel we stayed at later that week (for sight-seeing), we know that for the same amount of money you could find a much more luxurious place to spend the night, which is probably preferred by most of the competitors. But then you'd lose the IT-Olympics theme. The first day was pretty much reserved only for arrivals and meeting up with each other, which is what a lot of people join these events for: finally being able to have a chat with people you only know from online forum boards and/or other overclocking related websites. As most of the people are still die-hard overclockers, I can guarantee you that a lot of the time available for small talk was used to discuss previous overclocking events, hardware, overclocking in general, cheats, tweaks and so much more overclocking-related topics, much of which the normal people find either nerdy, geeky or just completely mental.

By the way, the finest example of this group being totally into hardware must be the insane number of E6500K processors sold to non-chinese oc enthusiasts in three/four days. For those who don't know: the Intel Pentium E6500K processor is the first, and only, Wolfdale-core based processor that has an unlocked multiplier and is, sadly enough, only available in China. So, for overclocking purposes, you're now no longer limited by the FSB walls that terrorise so many people, which increase the chances of finally hitting the 7GHz barrier on other Intel products than the legendary Celeron D series. I'm pretty sure that 85%, or more, bought at least one of the E6500K's available, some people even 3 or 7! And yes, I'm guilty of the same crime as you can see on the Madshrimps forum boards: "6500K in Europe!!". 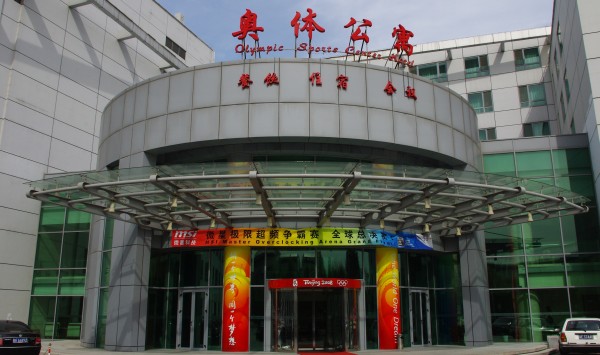 The Olympic Sport Center Hotel everyone was staying at

The main topic of this report is of course the overclocking competition itself, which was held in the Shangri-La hotel ... the fancy, luxurious, almost royal hotel in the city center. More than once I heard someone mumble the words: "I wish this was the hotel we're staying at". You'll see what I mean in the pictures on the next pages. Now, following the line of thoughts in the MSI EU report we have to reflect about the three main topics in OC competitions: organisation, competitors and viewers. Or put differently: marketing, competition quality and ability for outsides to follow the competition.

Marketing-wise, this event surely was thé biggest I've ever seen. Not only did the location send out a vibe of magic, the pure overclocking action was surrounded by a lot of animation of which you'll see a couple of pictures as well. The IT Olympics theme was again present as the red line throughout the entire competition as you can see on the bottom of this page where Mr. Lu, senior vice-president (!) of MSI, lits the LN2 torch to give the starting signal of the competition. Next to that, there was the continuous animo on stage and the presence of quite a lot of press, be it less than at Gigabyte's GOOC final in Taipei as that was held during Computex and thus more accessible for press. However, in terms of marketing I'd say this has been just phenomenal and would like to state that this should most definitely be regarded as an example for every next overclocking competition. Well done!


An aspect that does need improvement is the communication to the outside world during the event, which actually is something we already hammered on in the previous report. Basically, the die-hard overclockers (and others) at home want to know exactly what's going on at the event; not only in terms of scores, but they want to feel like they are actually present at the competition. In Munich, where the European event was held, the communication to the outside world was limited to the slideshow on HWBot.org (hosted by OC-TV) and a couple of local websites keeping track of their own local team. This in big contrast to the EU and WW finals of GOOC, which was broadcasted LIVE throughout the entire event.

We know for a fact that a lot of people were actually watching the event (even people who should've been asleep, but decided to follow the EU final) and also commenting through the discussion forums. To give an example: when I returned from the GOOC EU final, I had to catch up with literally dozens of posts at different forums as people were constantly commenting on events during the competition. HWBot, OC-TV and other websites such as TechReport have been discussing this issue and are working on a media platform that should make these overclocking events also enjoyable for those who didn't make the finals. But, I do want to end with a positive note: the scoreboard issues I complained about in the EU report were absent. 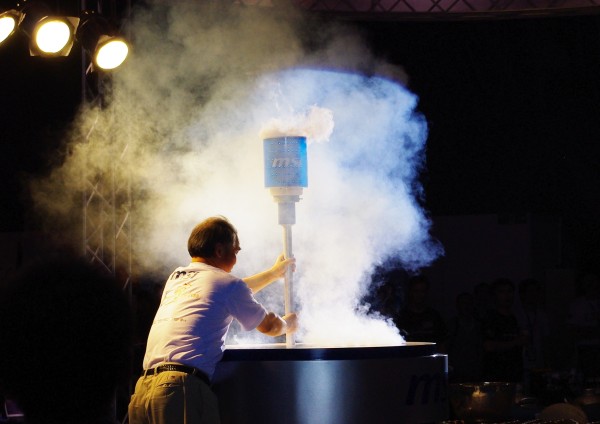