Last week a group of enthusiast overclockers met in Beijng for the world Finals of the MSI Overclocking ChampionShip of 2009. Our very own Massman was able to squeeze himself into a spare seat to watch the action from the front lines. This is his report of the events

Benchmarks and the hardware 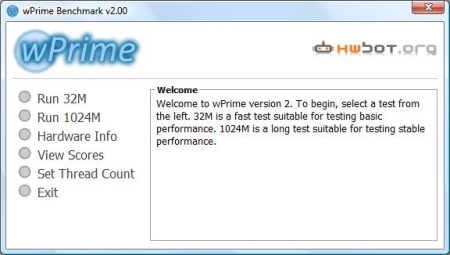 As a HWBot staff member, I couldn't help but smile when the Wprime benchmark was announced as one of the stages in this overclocking competition as HWBot was the website who introduced Wprime to the big public by making it an official HWBot suite benchmark application. However, as an overclocker (or: benchmarker) I wasn't that enthusiastic as Wprime is known to be very difficult to tweak. Apart from switching to either Vista or Windows 7, the number of tweaks are extremely limited or, as a fellow overclocker has put it, completely tweaking your operating system gains you less than increasing the BCLK frequency by 1. The main issue with this characteristic is that the factor "luck" plays a more significant role than in benchmarks that are véry tweakable; and that's one factor most competitors want to see eliminated from competitions. Everyone expected the Wprime results to be determining the overall ranking.

As the competition went on, it seemed that most of the configurations were producing scores within a 5 second range, which is actually quite close and thus quite good. Looking at the results on the last page, you'll also notice that the top of the overall ranking is not dominated by the best scores in Wprime, so all our fears and assumptions turned out to be incorrect. Also noteworthy: the top of the scores produced in the competition are pretty close to the top Core i7 scores over at HWBot, so the level of the competition was quite high. However, by mentioning the subject of HWBot rankings, we also touch one of the less positive sides of the Wprime story.

Even before the event started, I, and many others, requested to change the Wprime benchmark to version 1.55, which is the official version on Hwbot. Not only would that be easier to compare the scores and make official statements regarding the quality of the scores, but it also allows the competitors to submit the scores to HWBot and see their ranking increased in case of a good performance at the event. Sadly enough the version was not changed. A missed opportunity, but hardly outweighs the positive effect of the Wprime scoring. Too be honest, a lot of people had feared. 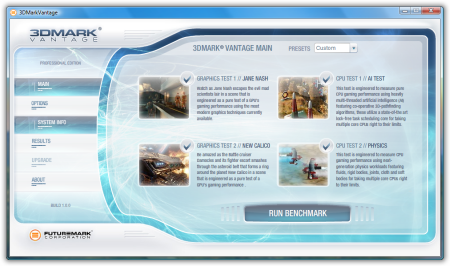 It seems that every grand final of an overclocking competition in which Nvidia-branded video cards are used, the 3DMark Vantage benchmark forms the stage of the 3D overclocking task. Probably because it's the newest benchmark in the 3DMark series, but even more because Nvidia kicks ATI's ass in it (at least for now as rumours state that this might chance in the near future). Next to that, the 3DMark Vantage CPU tests benefit from the PhysX technology integrated on the Nvidia video cards, so it's also good for Nvidia's marketing scheme although ... well, in each competition the PhysX had to be turned off by request of the competitors. Neither Futuremark or HWBot allows scores using PhysX to be submitted to the official rankings since it affects a CPU test. And a CPU test must remain a CPU test.

As for the 3D card, MSI decided it was the perfect moment to launch the newest offspring of the Lightning series: the GTX275 Lightning. As we haven't received the card for testing yet, we won't elaborate on the standard clocks or added features, but go straight to the magic. This card is announced by MSI as being the fastest GTX275 on this planet, but after this competition it's safe to say it's also the fastest single core GPU in the world. Not only did almost every single team smash, trash, humiliate the previous GTX275 record holder (15359 was beaten by 16 of the 20 teams), 8 of the 20 teams also smashed, trashed and humiliated the previous single core GPU 3DMark Vantage world record (17665, now 18763). Agreed, the single core GPU Vantage ranking isn't that popular, but still: those are some impressive achievements.

And that's not all, actually. The clock frequencies to break those records are already impressive on their own: 1200MHz core frequency, 2400MHz shader frequency and a stunning 1400MHz memory frequency!! Although the memory frequency may not seem that impressive as we already broke 1584MHz benchmark stable here at Madshrimps in an earlier article, but it is quite impressive given the combination with such high core frequencies. In addition, it seemed that none of the cards had any form of coldbug, which is of course a golden key in overclocking. So, is there any negative aspect to the 3D story? Yes.

Although MSI had announced that none of the competitors would recieve the card in advance, some of the local PR offices did in fact send out cards to the local overclockers, which gave them the change of pre-testing the cards on overclockability and, very important, figure out that these cards like to go very cold and scale with voltage. Also, they noticed that memory MHz was quite important in the Vantage benchmark, which gave hem a lead start in the competition. Hand in hand with the pre-testing comes figuring out the voltage modifications: whoever got the card knew how to modify. Some teams, in other words, had the modifications and some didn't. Foul play? On of the USA teams did think so, although I'm not so sure they should be blaming MSI for them not having the modifications. This is what I, Massman, a non-competitor wrote on the XtremeSystems forum boards on the 19th of August 2009, ten (10!) days before the competition:

"Guys, as far as I can see, the VGPU controller on the GTX275 you'll be using is the same uP6208 as in the EU finals. Technically, the modifications for this card are the same as for the GTX260 Lightning used the the EU finals, although it's possible that the PCB design is a bit different. So you need to re-measure everything, but Hipro5's modifications are a good guide. The Vmem IC is the uP6205B: FB is pin 8 and there's a soldering point very near, almost next to the pin. As for the Vgpu: the hardmod will indeed work, but you'll have OVP no doubt. I hope MSI lets you use the utility Snot_aap coded for the GTX260 as it should work on the GTX275 as well. Then you have no OVP and are able to set the Vgpu upto 1.6 through the VID table."

As you can see, it was indeed possible to prepare for the competition even without the card. If I recall correctly, the Swedes even wrote their own software program (probably based on Snot_aap's utility) to increase the voltage through the VID tables, which works around the OVP modification. For more information, you can actuall refer to the Asus Matrix GTX285 article (overclocking section) as the Vgpu IC is the same!