Gamescom Cologne, Europe's largest game convention was chosen by Intel to launch their brand new Skylake processors and their Z170 chipset. Gigabyte opted to keep a cozy launch event next to the fully packed Gamescom Hall. This gave the media and VIPs to get a more relaxed insight into the latest 6th Gen core CPU and thus related Z170 chipset. Plus the opportunity to meet and greet the other affiliated Gigabyte partners alike Intel, Creative Labs and the game developer Wargaming.

The European launch of the Gigabyte Z170 series was held in the Dorint hotel, next to the Gamescom tradeshow. With several products on showcase, the focus of the Gigabyte presentation would be on their high end Gaming G1 motherboard and the brand new Z170X SOC Force motherboard.

Especially the latter looks like a nice evolution of their highly sucesfull Z97X S OC Force motherboard. A very user-friendly and reliable motherboard that proved again that quality and durability doesn't need to go along with a hefty price tag. 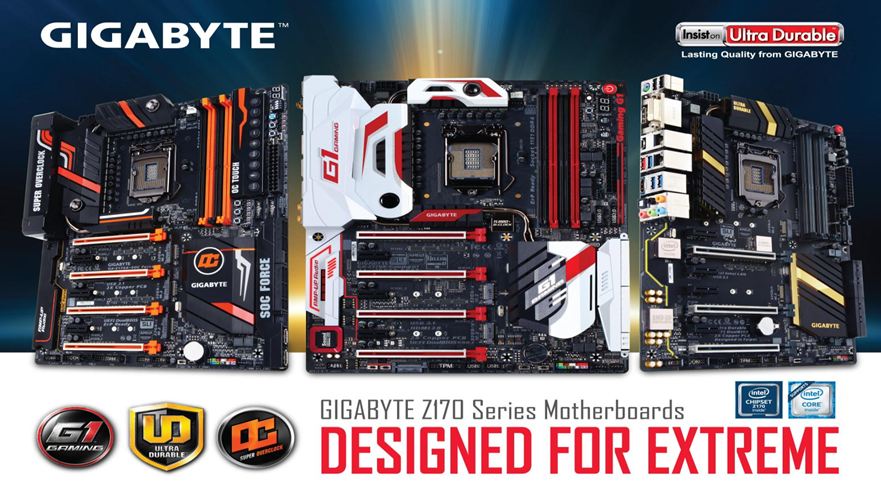 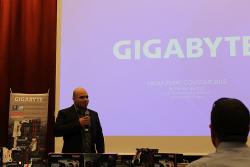 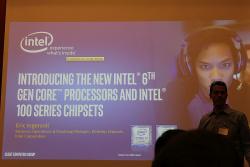 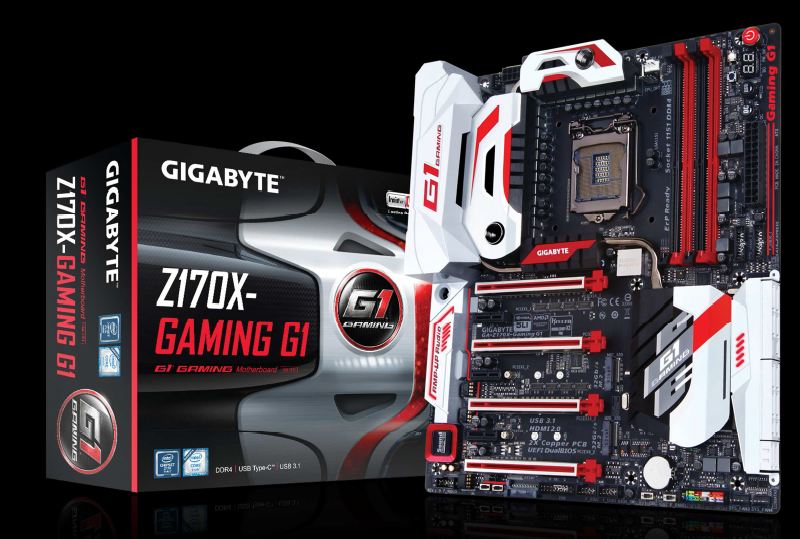 "We are very excited to launch our new 100 series motherboards based on Intel’s new Z170 chipset here at Gamescom in Germany, ” commented Henry Kao, Vice President of GIGABYTE Motherboard Business Unit. “We know everyone has been eagerly waiting for this, so we made sure our 100 series motherboards are packed with features which will make them stand out and provide the best possible experience from the latest 6th Gen. Core™ CPU from Intel.”

The Gigabyte spokesman going under the name Hunter and explained the new series are based on speed, suberb sound and strength. Taking their high end G1 Gaming motherboard as example Hunter explained that the speed is partly related to the exclusive partnership with Intel and therefore including mostly Intel products for maximum compatibility and speed (M.2 & USB3.1). Suberb audio by the utlization of high end Creative Labs components and the Strength came from the 22 phase power design plus the reinforced PCIe slot solutions. The audio features were nicely explained and demonstrated by the present Creative spokesman

The Z170X-SOC Force looks like a powerhouse to push ya brand new Skylake CPUs to the limits. The OC touch has been completely overhauled and no longer requires any software installation. 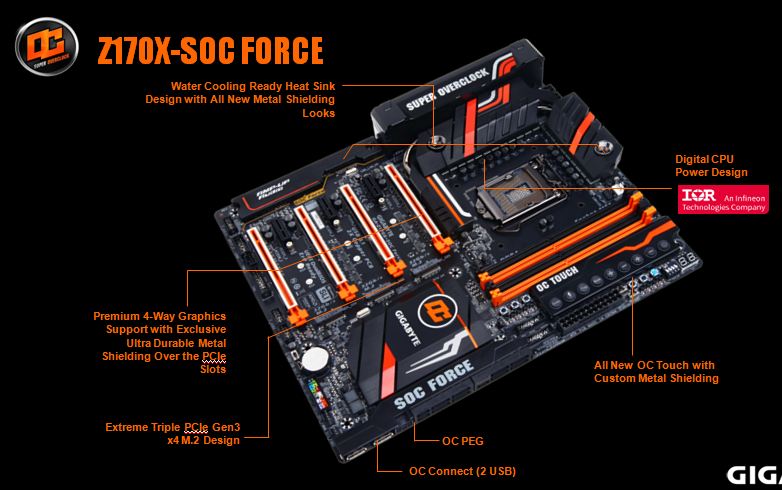 All the technical specifications were not really highlighted, but the Gigabyte representative told us that the Z170X SOC Force motherboard would support Triple and Quad-SLi. A nice step up from the Z97 series were usually only SLi was certified. Only bizar selling point is the option to RAID three M.2 slots for maxium data transfer. A very exclusive feature for an OC board, though I'm still looking for the purpose of the provided solution.

Here are some more pictures of the Gigabyte OC flagship and other products in the showcase. 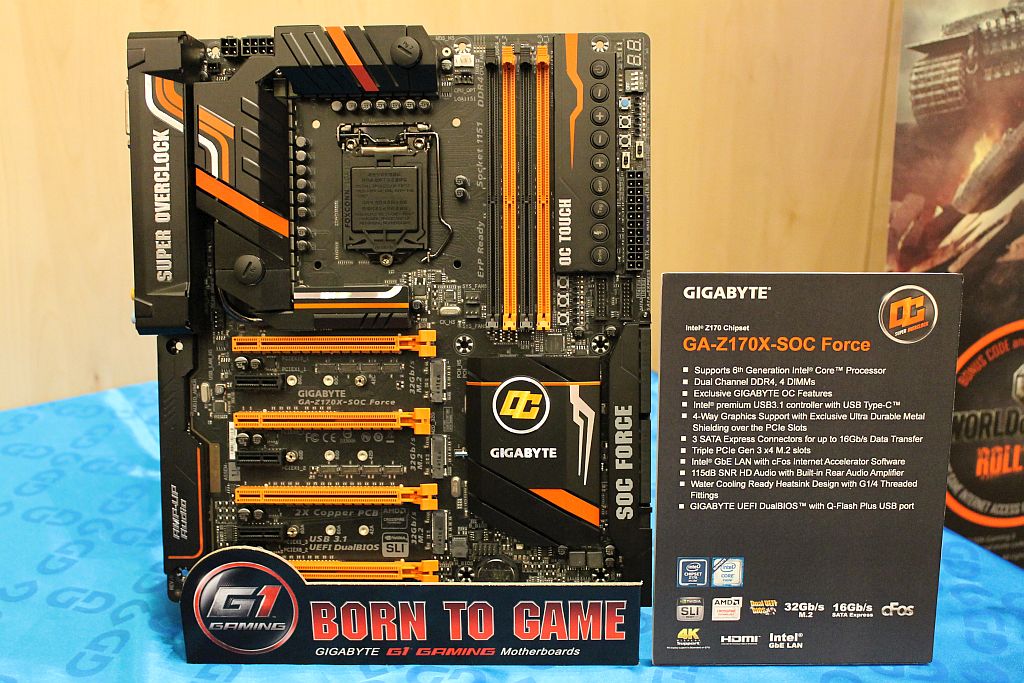 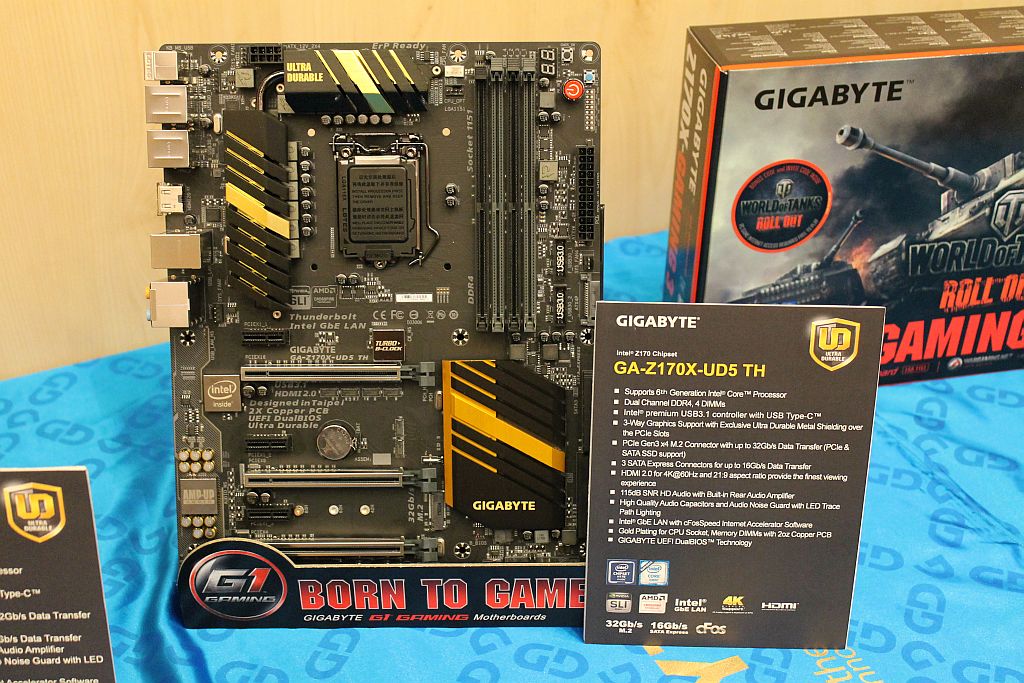 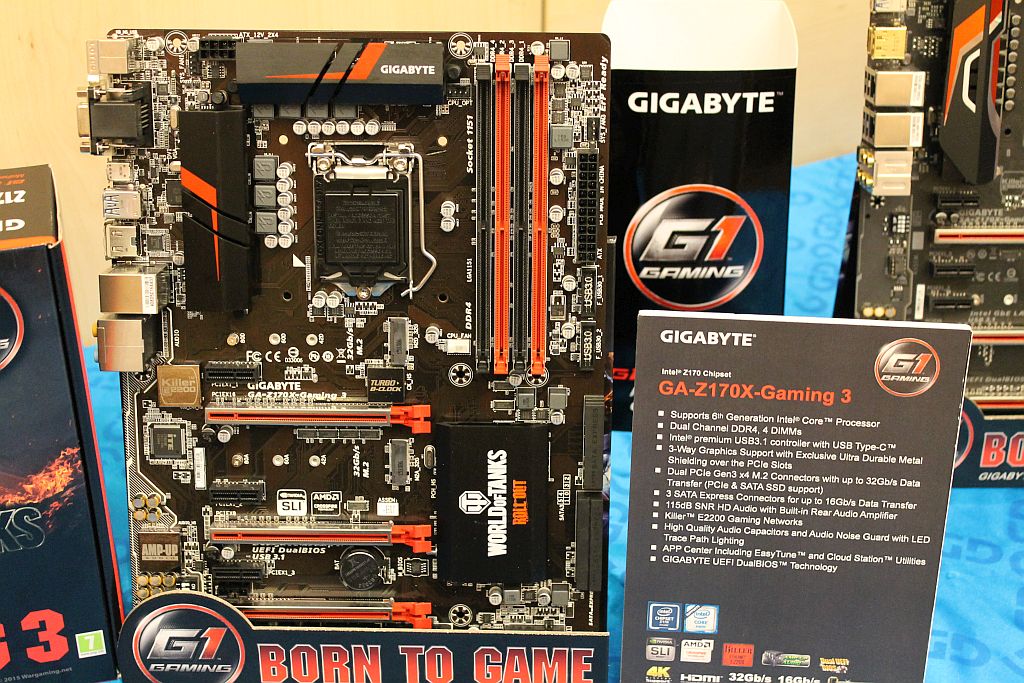 We have already mentioned in a previous press release the partnership between Gigabyte and Wargaming. The GA-Z170X-Gaming 3 will feature a Wargaming World of tanks heatsink design, an exclusive bonus and invitational code. 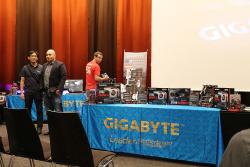 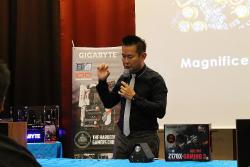 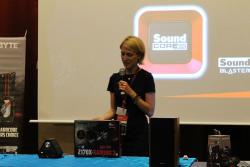 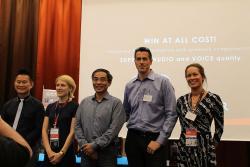 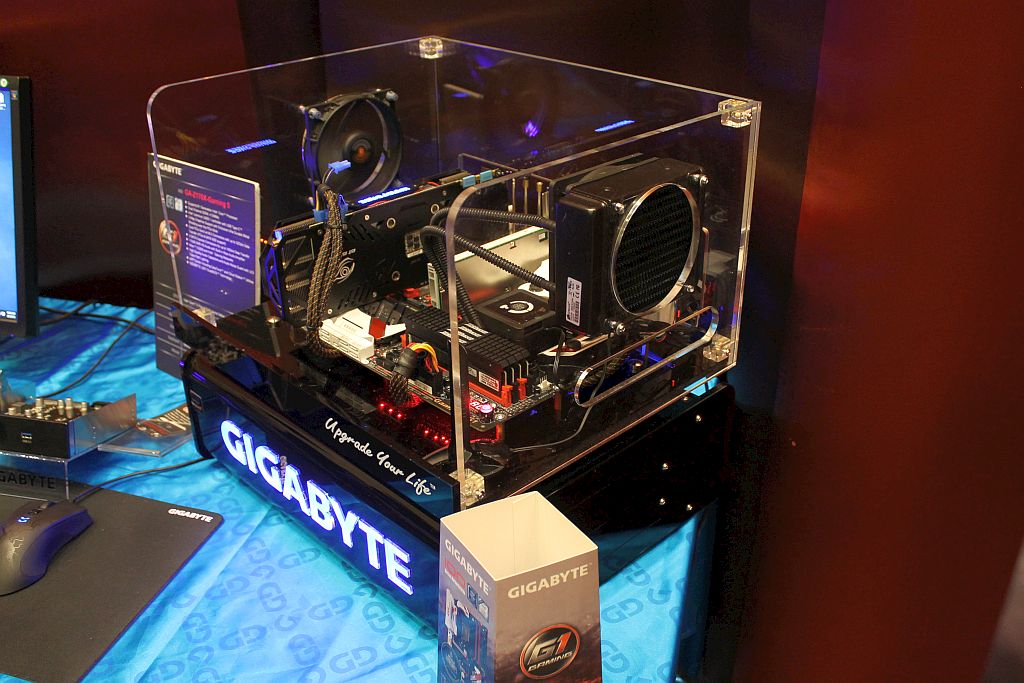 A big thanks to Gigabyte for allowing us to attend, can't wait to get my hands on the Z170X SOC FORCE!