Even though CeBIT still is one of the biggest tradeshows in Europe, most big vendors seem to slowly but steadily be less and less present at the Hannover hallen. Most of the big names, either have rented hotel suites outside the CeBIT fair or are solely represented at the Planet Resellers booth. Secondly most new hardware launches are done at CES in Las Vegas or at the center of the computing world, Taipei City in Taiwan. This year we opted to go to the Computex Tradeshow to visit an old friend and gather with some of world's most famous overclockers. Time to bag up and head inbound Taiwan !

Myself and Gamer packed our adapted to the Taipei hot weather clothing and the usual stuff to attend some of the OC gatherings at the different HQ's. Don't expect this article to be a round up of all of the booth tours, because it will not live up to your expectations. Some of the new interesting stuff that caught our eyes will be shown in this article, nothings less, but also nothing more. 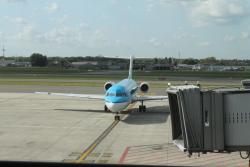 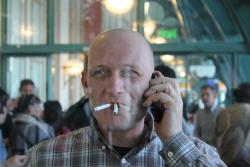 Since Gamer never ever flew, it would be a rough maiden flight for him. A total of 13 hours of flight time was ahead of him. On top of that, he was not allowed to smoke at all during the air time, so he made up for it big time while awaiting the next flight on the airport. First a small KLM Cityhopper inbound Amsterdam, where we swapped it for something slightly bigger, a Boeing 747-400 to fly us inbound Hong Kong airport. From there a short flight inbound Taipei, Taiwan. 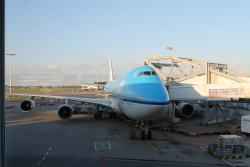 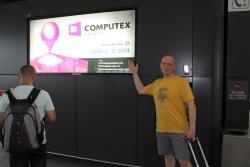 Massman arranged via the HWBOT forums a cosy apartment for a few OCers to hang out. After an insane taxi ride we arrived at our super luxurious loft. Diving straight into the action with SOF from Awardfabrik and Danish OCers Zolio aka Martin Paulsen. 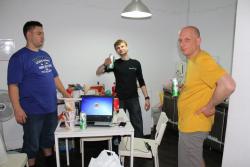 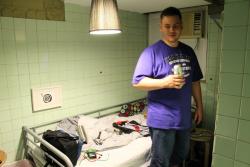 Our room looks so much better then Martin's little green prison cell. Never mind the beers on the table, they were left behind by the previous inhabitants, dirty sods, nevertheless we drank them all. 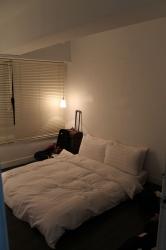 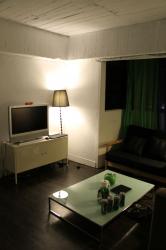