Asus had a large booth this year on Cebit. The eye catcher wasn't the latest mainboard or laptop, no it was the real life Lamborghini that was on display. This was to promote the Asus Lamborghini series.

Here we see the Lamborghini laptop: 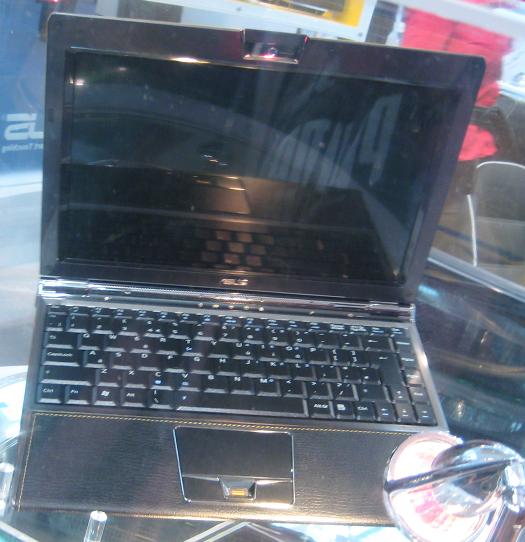 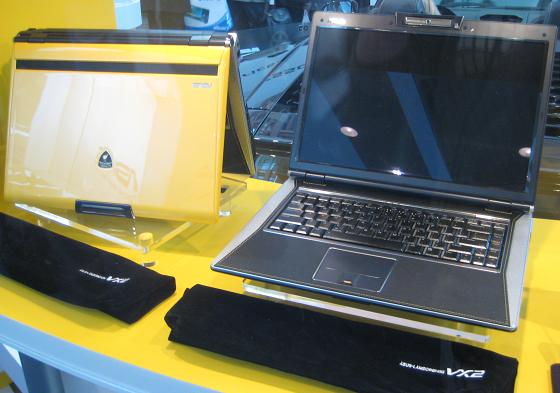 A lot of goodies and accessories are available in the Lamborghini style. Such as portable hard disks. 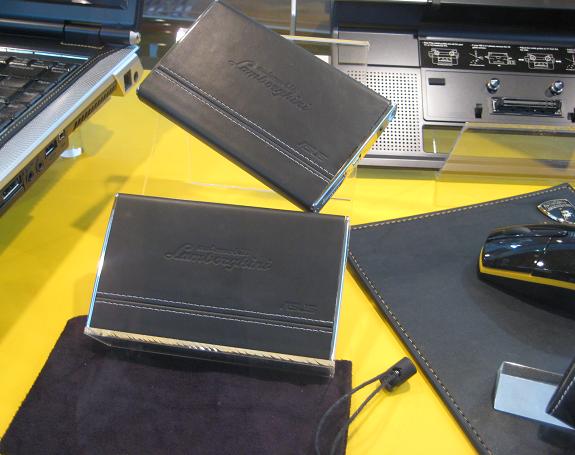 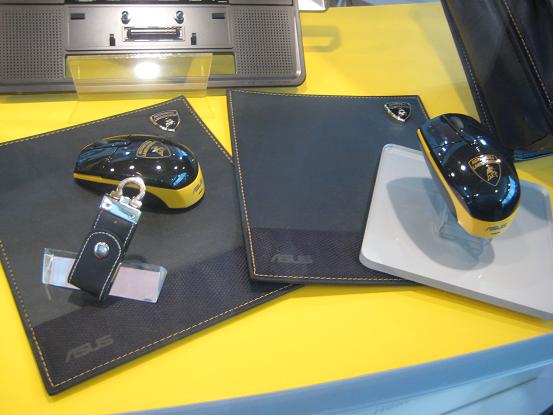 And a stylish bag. 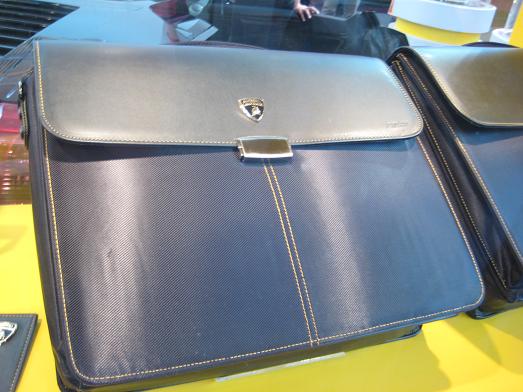 Asus will also be focussing more on the PDA / GSM market. He we see the Lamborghini one: 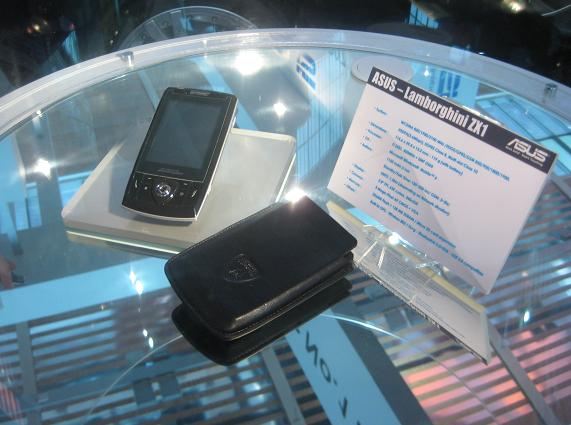 For the people who want a completely different style Asus has designed a portable with a bamboo cover and inlay. 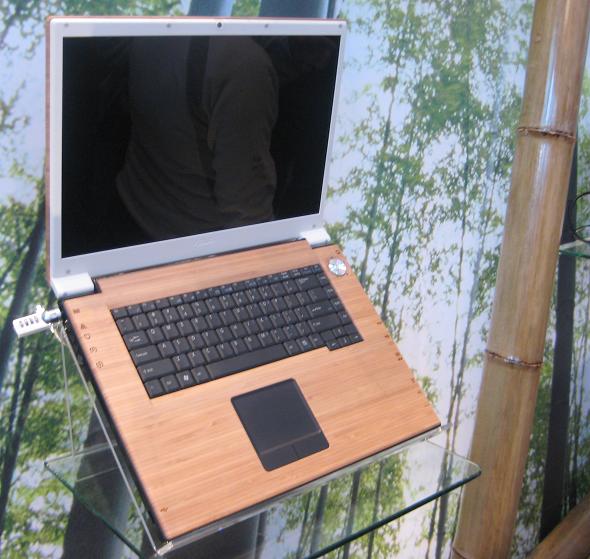 Or how about some flower design engraved ? 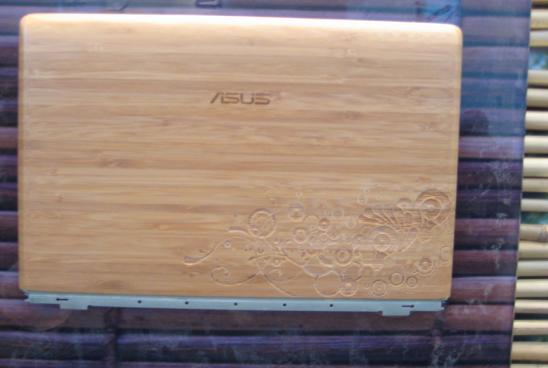 When it comes to viodecards there isn't much new here. The 9800GX2 isn't for exposure available yet. But Asus has some things to show when it comes to video cards. The card on the picture below has a new cooler. This new design will be used in the near future on multiple vga cards. 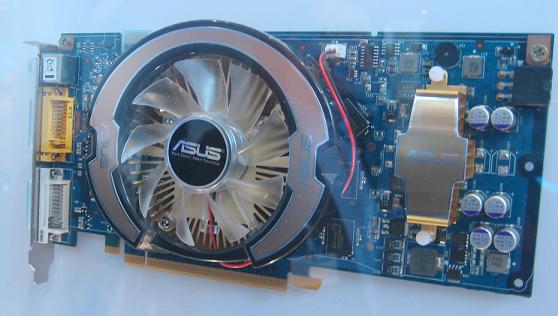 And something bigger. Here we see the 9600Gt completely passive cooled.

Also mainboards have bigger cooling solutions. Here we see the Asus M3N-HT deluxe. An AM2+ Phenom mainboard, based on the Nvidia 780 Sli chipset. 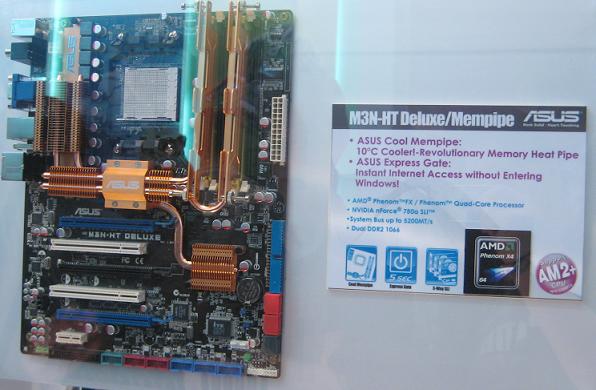 The Asus Maximus II Extreme is based on the Intel P45. Notice the separate audio card, the watercooled (!!) chipset and the EPU. Energy Processing Unit takes case of the CPU power circuit and can disable some stages if there isn't much power needed. 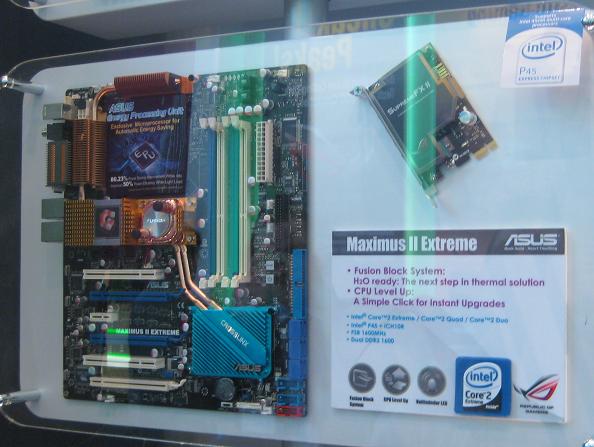 Here we have the Asus Rampage Formula. The baddest of them all. Based on Intel X48 and a lot of copper on the northbridge and around the CPU socket this board is ready for it ! 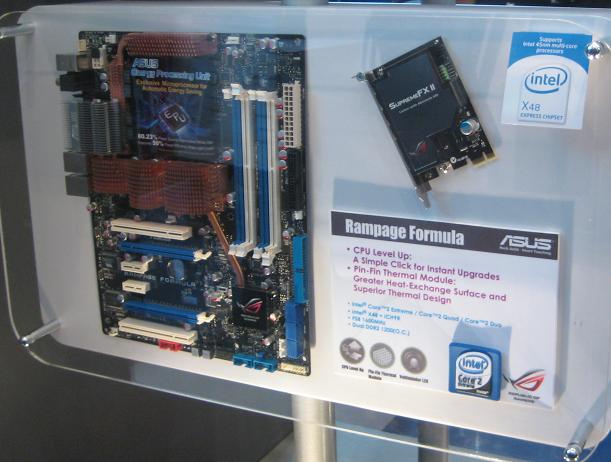 Asus is introducing a new series of coolers. Both in aluminium as copper. Some coolers look a bit like the design from another well known cooler manufacturer ;-). 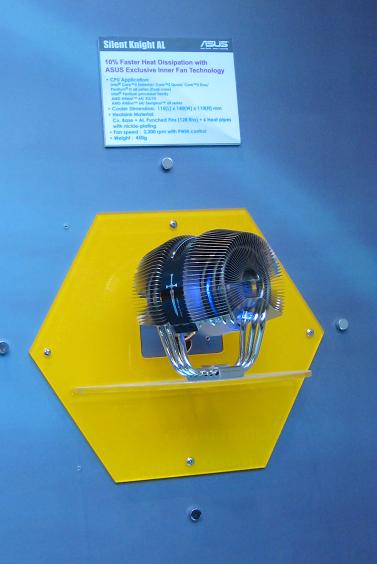 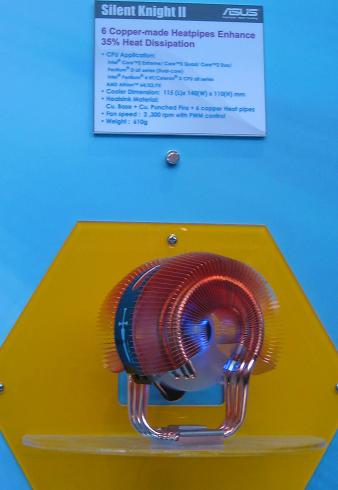 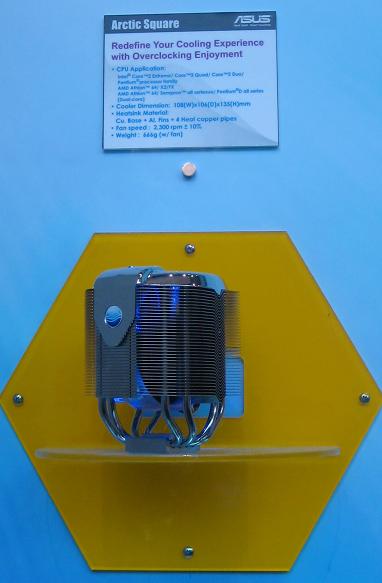 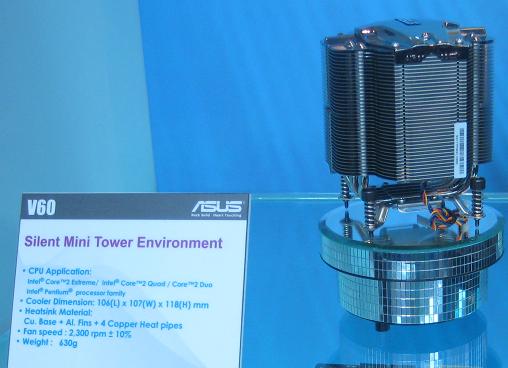 Besides the new Intel Based mainboards, DFI is ready to introduce a new chipset cooler setup.
Just as most recent mainboards it will consist of a heatpipe structure. Starting at the southbridge, passing over the northbridge, and ending near the CPU power circuit. Or sometimes even going to the outside of the case.
The disadvantage nowadays was that if you would like to watercool one of these parts, ore use a rather special sized cpu cooler, which you need to remove the entire structure.
The solution DFI is proposing, is to keep the northbridge heatsink to a minimum, so that the user can install any cooler the want on top of it. DFI will be producing, together with the Thermalright a smaller and a larger heatsink. Both of them can be easily installed by clipping them onto the base of the chipset cooler. 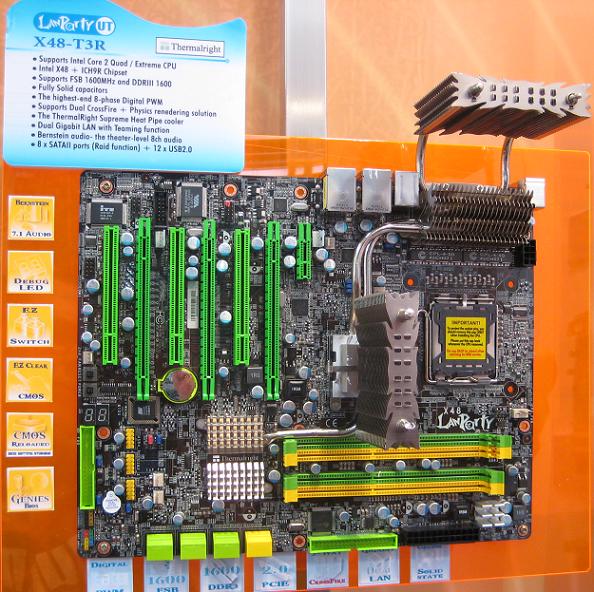 An overview of the complete installation. 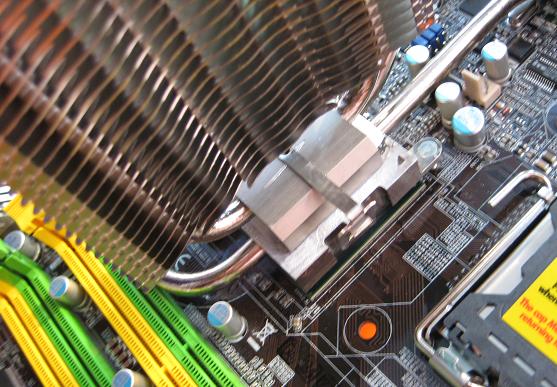 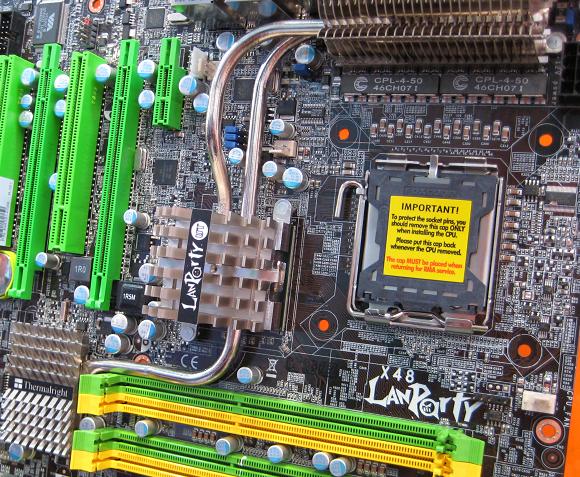 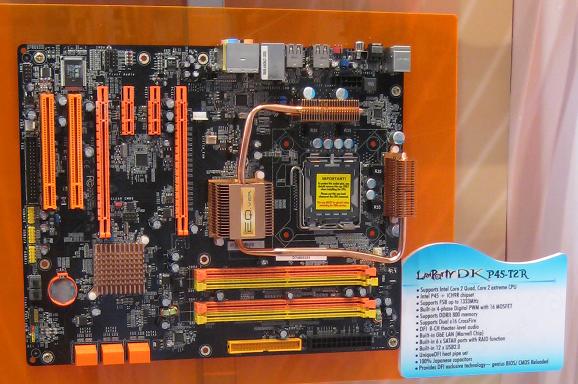 Here we see the DFI lanparty DK X48-T2R. Both these board also exist in DDR3 version of course. 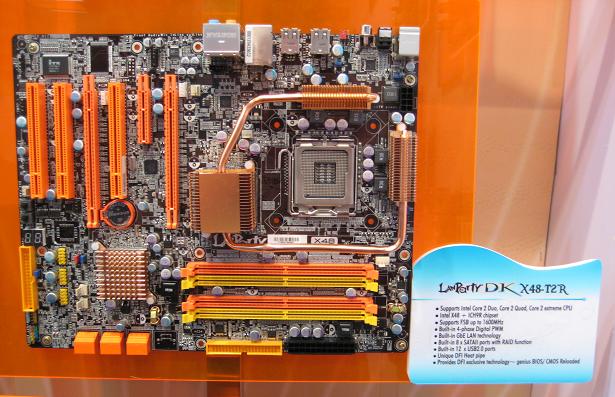