In this group test we compare the overclocking capabilities and performance of 4 motherboards based on the mid-range P35 Intel chipset. From the low cost Asus P5K, affordable Foxconn P35AP-S and MSI Platinum Combo to the expensive DFI P35 Lanparty, which one will come out on top? Find out in this article.

Box, inside and outside

These days, fancy packaging becomes more and more important. People can literally buy their motherboard in a store and choose between different models. People need to know what the board is capable of when they look at the box. The one with the best looking design and most information often is first choice.

MSI's box is quite shiny (maybe difficult to see on the pictures). The light reflection of the box is nice. 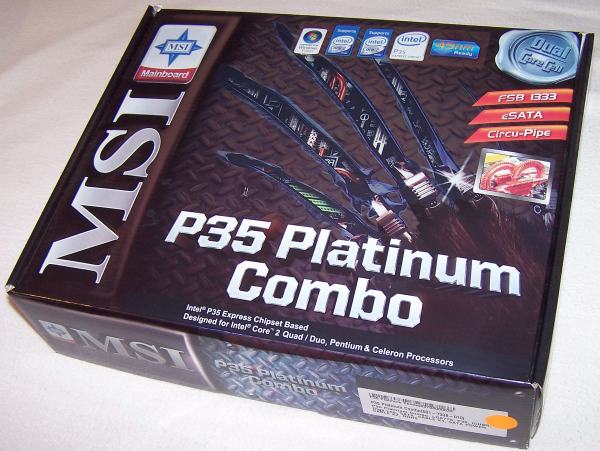 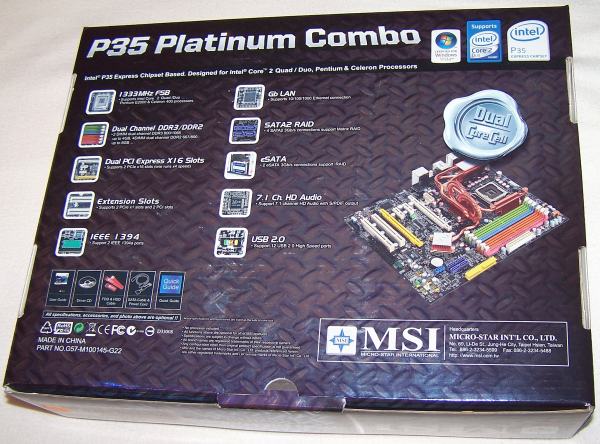 Opening the box we find the accessories on top of the motherboard, which is wrapped in an antistatic bag. 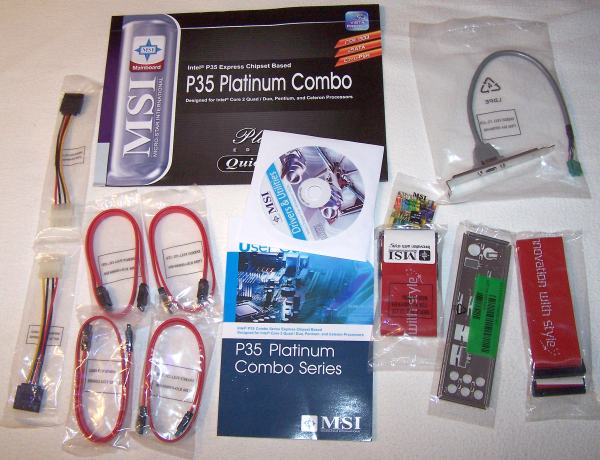 The board comes with a pretty complete bundle :


Foxconn really works on their street cred with that board
Comment from geoffrey @ 2007/11/26
Owning a P5K myself, good performance considering its price, and not too overloaded with BIOS features which hardly make a difference and are too complicated to understand for people who just jumped in.

Comment from jmke @ 2007/11/27
if you overclock,how will you beat the price/performance value? since FSB OCing hardly has any effect in real world applications

Comment from Rutar @ 2007/11/27
I think it would be more noticable with a Quadcore, where the Vdrop is more important.
Comment from Massman @ 2007/11/27
Quote:
You and me have different definitions of overclocking

. I see it as benching, you as cost-effective performance tweaking. In other words, I am willing to pay 45€ extra for a board which is faster, you're not.
Comment from thorgal @ 2007/11/28
Quote:
I can second that, so am I

But the majority of people are not, unfortunately for the hardware vendors

Comment from jmke @ 2007/11/28
but Massman, as a reviewer you'll have to look at both sides of the overclocking approach

Interesting review! Am I correct that the ASUS P5k only has 3 vRegs? That's pitiful, no wonder there are reports that Quadcores would kill the thing. Does explain the 0.1v vdroop problem too, my own 3vReg DS3 had about that same vdroop also with a E6300. To bad Gigabyte didn't show up to the party.