It is that time of the year again, when the best overclockers of the world gather in the center of hardware, Taipei City for the yearly clash at MSI's Master Overclocking Arena. MOA 2014 is spread out over two days: on day one aka the Classic Battle, the overclockers work with hardware provided by the present sponsors: MSI, Intel, Kingston, G.Skill, Cooler Master, ViewSonic and SteelSeries. Day two, the No Limits Battle has the goal to break as many World Records with, of course, MSI hardware.

Some Photos of the Live Action

Since we are not present at the event itself, we just hook you up with the important links where you can find all the livestream action, scoreboards,etc.... 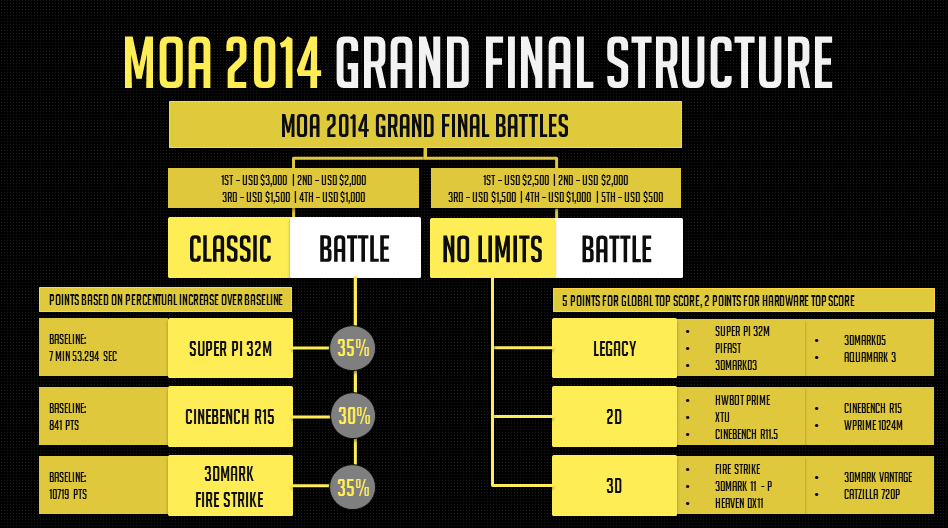 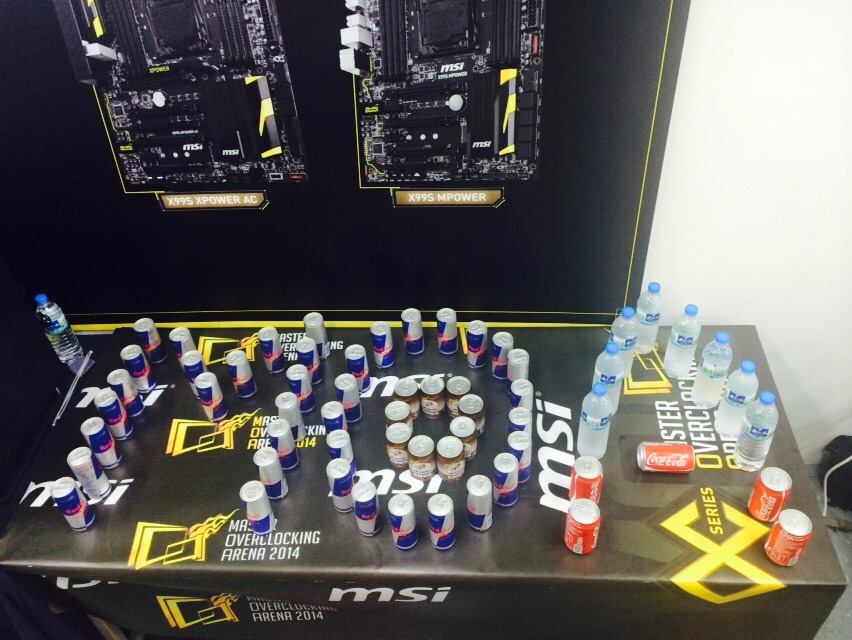 Pictures from the event via the Facebook page of Overclocking TV

Stream via the Overclocking TV via Twitch TV

Here is the list of attendants which qualified via the regional online qualifier system: 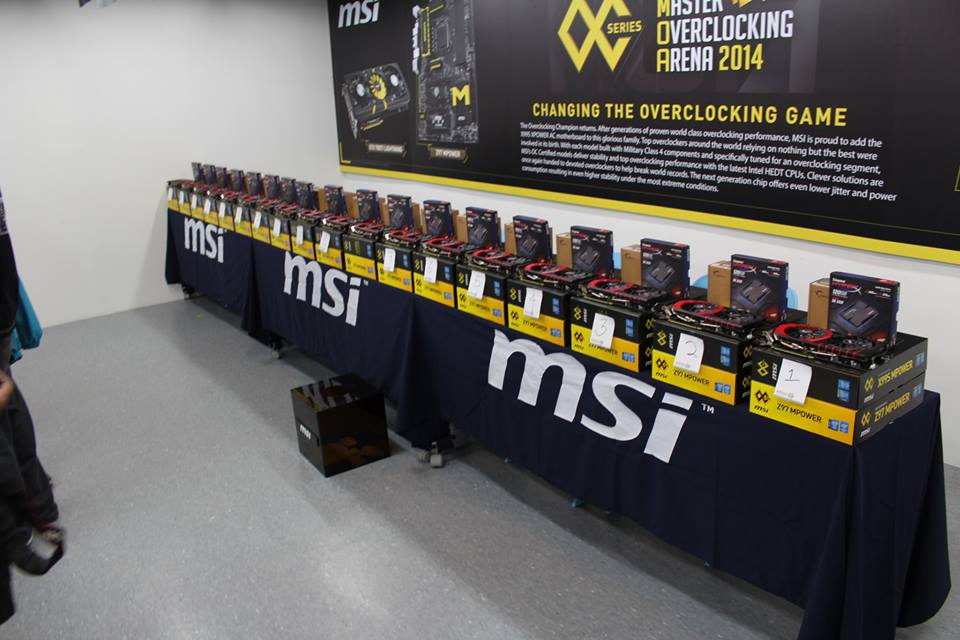 The hardware used during the competition was brought by MSI. The Motherboard, a Z97 MPOWER, operates the Z97 chipset Intel launched a few months ago for the Intel Haswell Refresh processors. 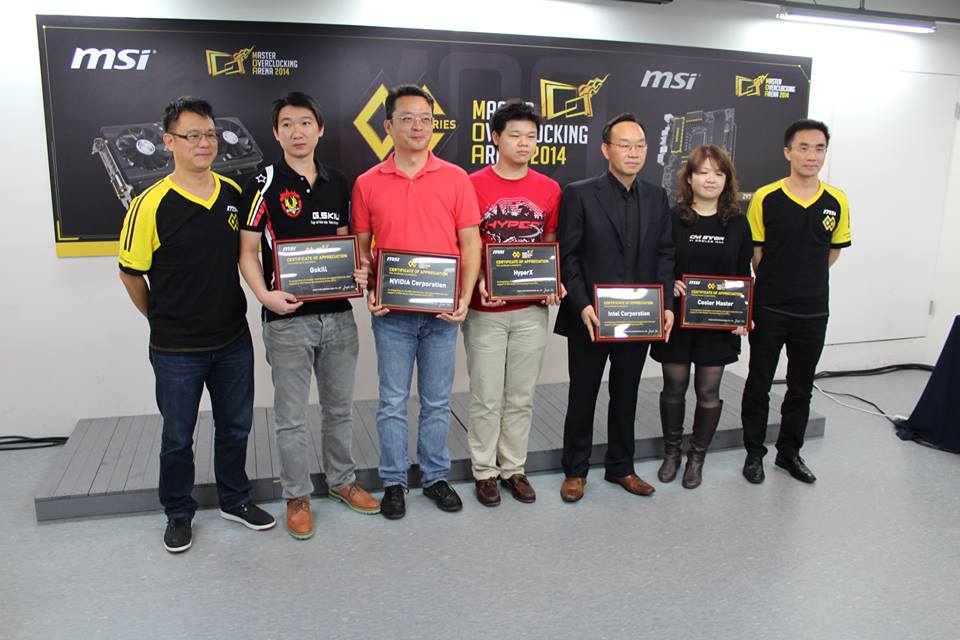 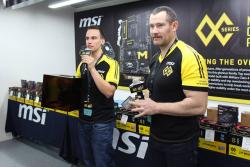 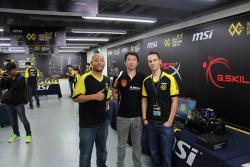 This material is devoted to the first part of the competition, the Classic Battle. The second part, the No Limits Battle, is a bit more “free” on the choice of components, it just has to be MSI products. For the graphics card, there is a choice between AMD Radeon R9, 700 and GTX 900 from Nvidia. Z97, X99 and X79 chipsets are tolerated for the motherboard. All Pentium Haswell (Refresh included) and Ivy Bridge series are accepted.

Competitors have two hours to reach the best score on each of the three benchmarks. Points are determined by the performance increase compared to the base score, set by MSI. Here are the benchmarks and base scores:

Overclockers can try to set records in fifteen benchmarks during the No Limits Battle. There is three different categories:

You can find the detailed rules by following this link. Overclockers that manages to establish more records by category win the prizes.

The cash prize of this MOA 2014 is quite comfortable : $16,000. Plus every competitor goes home with the hardware of the Classic Battle, as well as the motherboard and graphics card from the No Limits. Pretty cool! 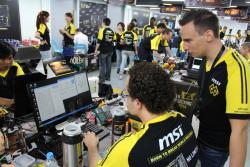 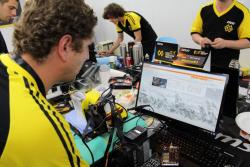 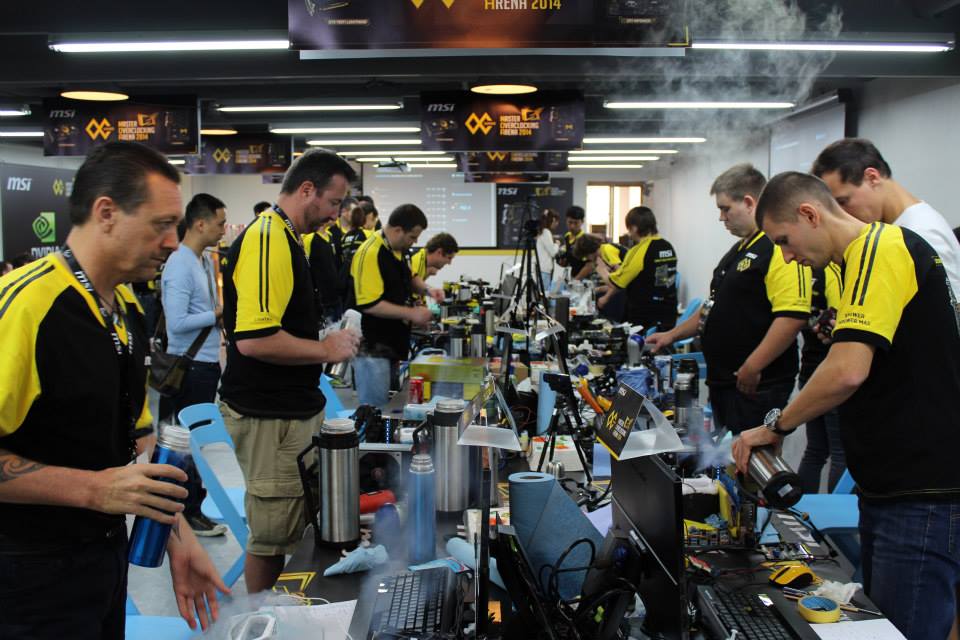 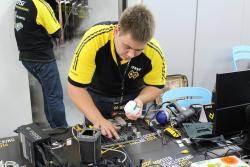 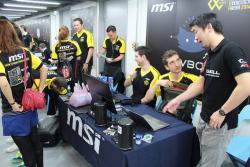 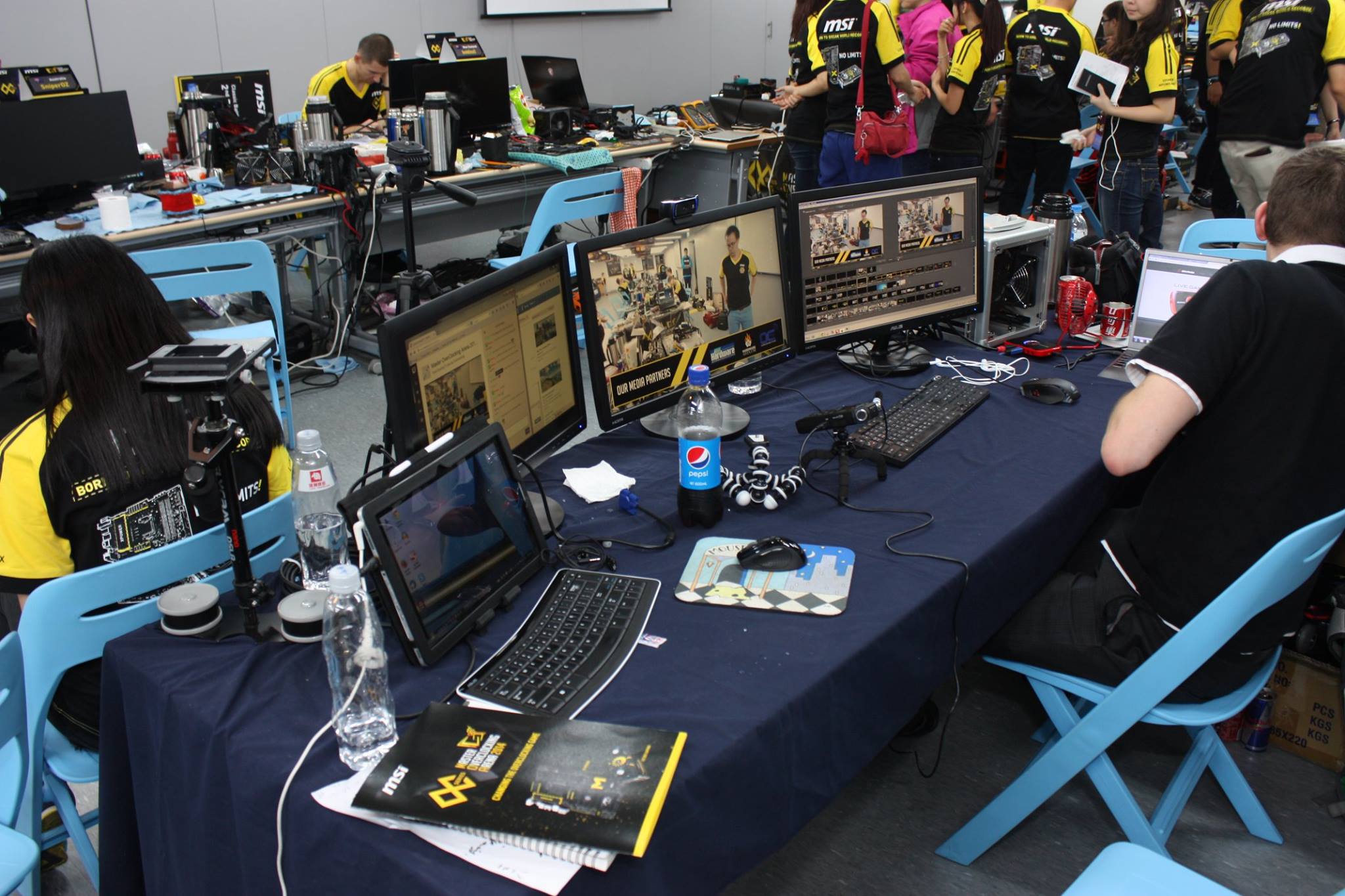 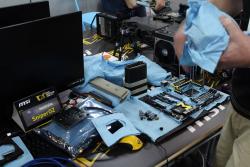 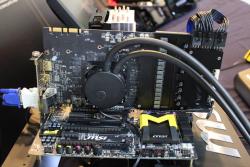 Temporary ranking one hour to go: 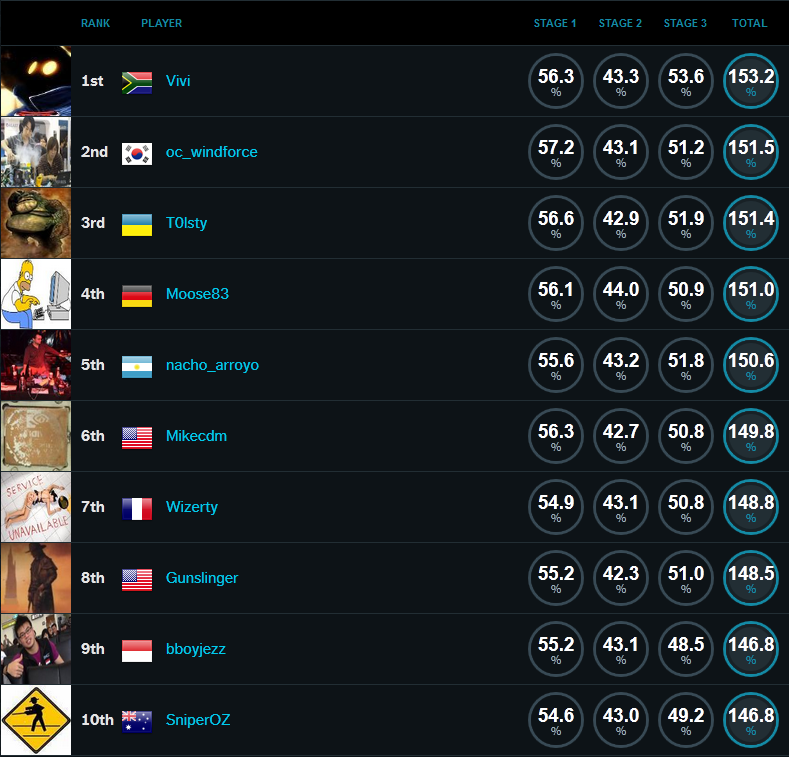 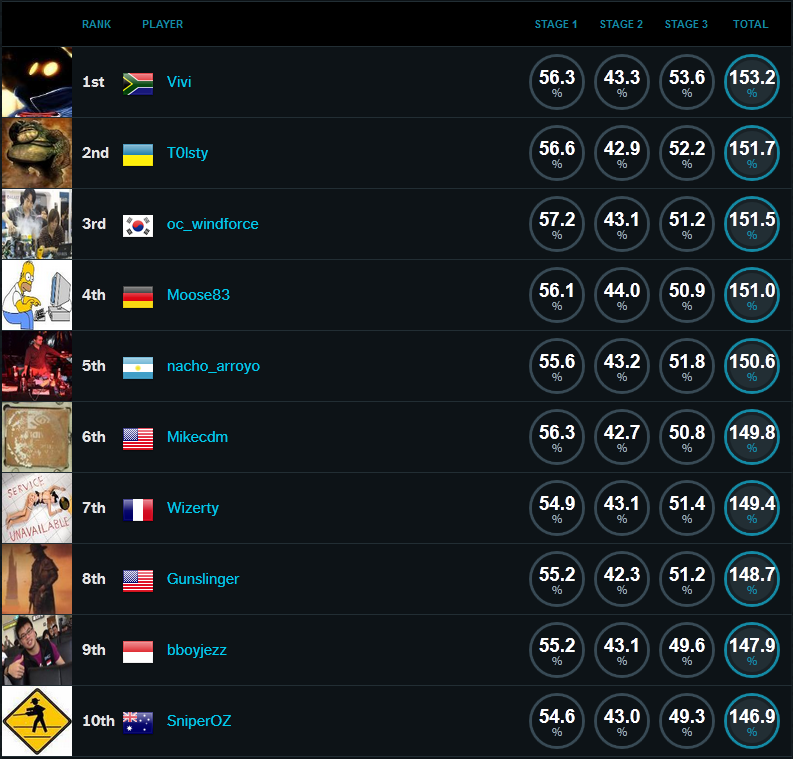 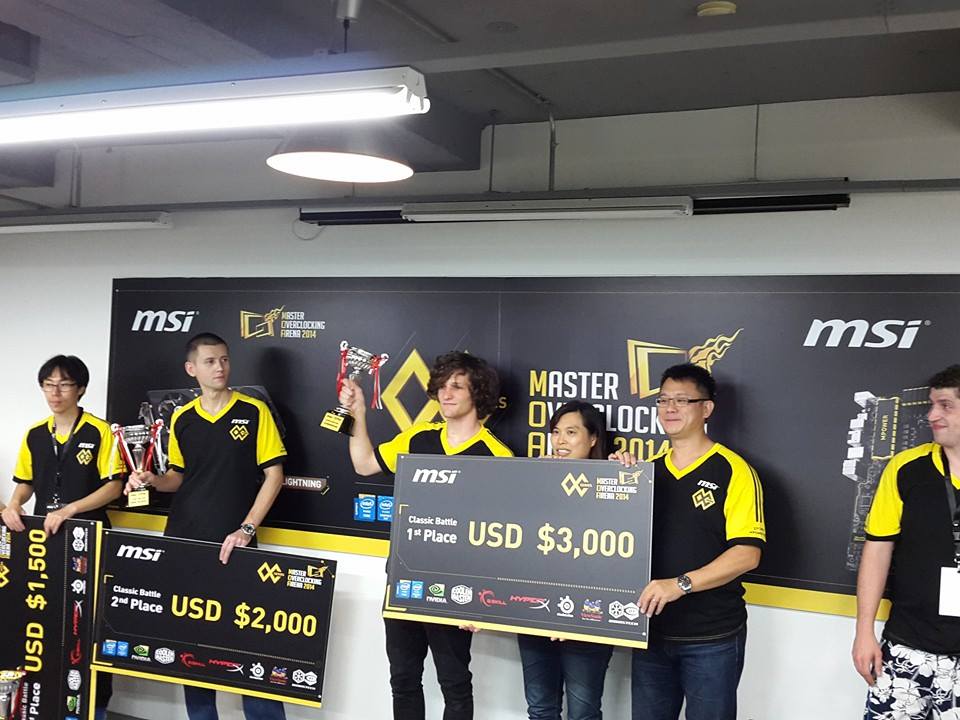 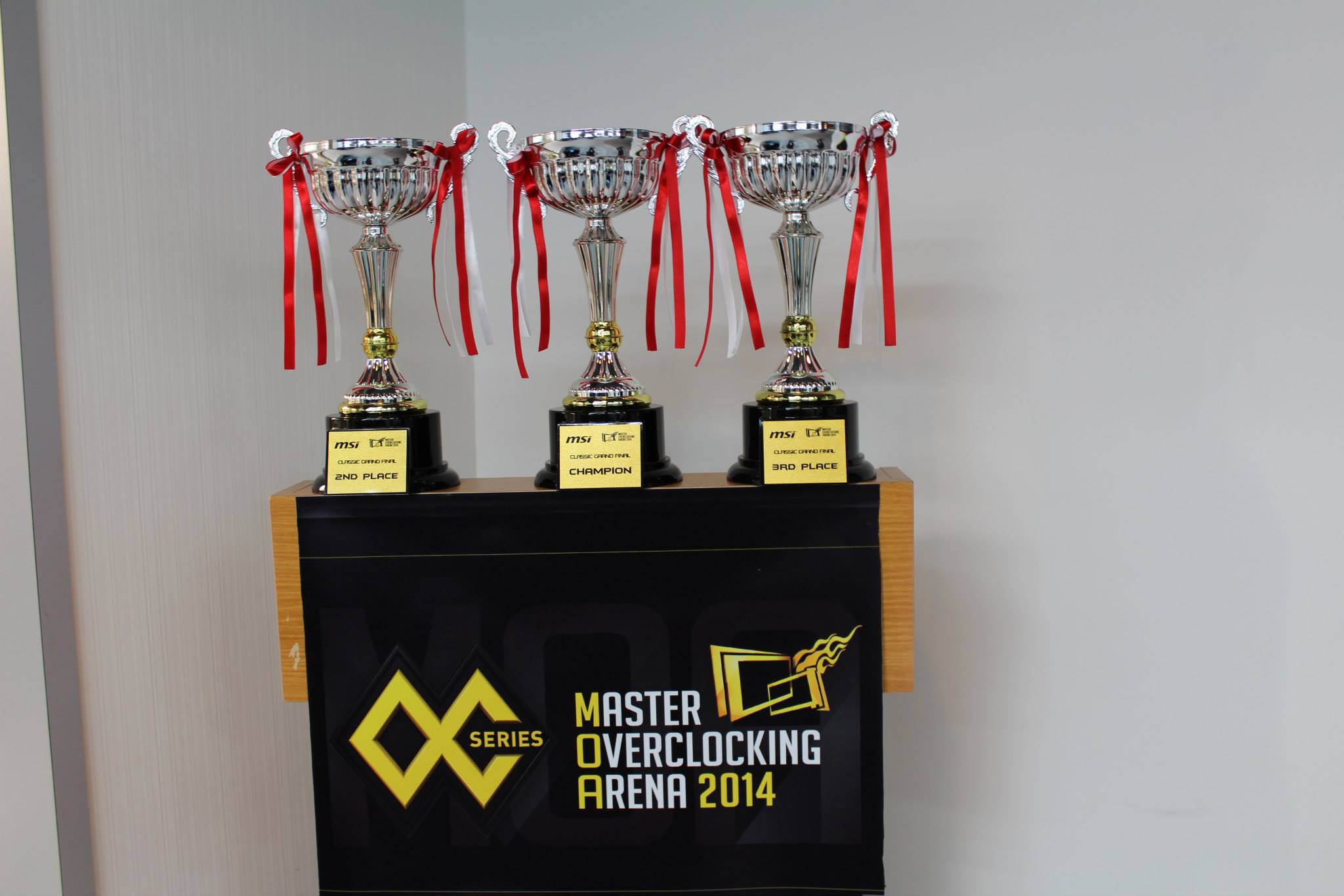