Today Gigabyte held a pre-Computex press event at the Brown Sugar Club in Taipei City. During the motherboard presentation the in-house overclockers were trying to breach the current WR based on G.SKill memory and an ASUS Board.

To achieve their goal Gigabyte joined forces with Kingston technology; The latter is on a warpath, not only trying to regain a share in the gaming market but also amongst the enthusiasts.

Gigabyte therefore created a limited edition Z97X-SOC Force board just for memory overclocking. The production will be limited to 100 units; probably most will be handed out to top notch overclockers, yet the PR people told us some would hit the retail shelves.

The DIMM slots are positioned as close as possible near the CPU socket and have been reduced to just two DIMMs instead of the usual four. There are no holes in the PCB to mount an air/water cooler not LN2 pot. On the below picture one can see the new board in action, doing a MEMTEST at a whopping 3600MHz on air. In the back one can spot the WR breaking setup in full action with a GPU on the CPU, due to size limitations. 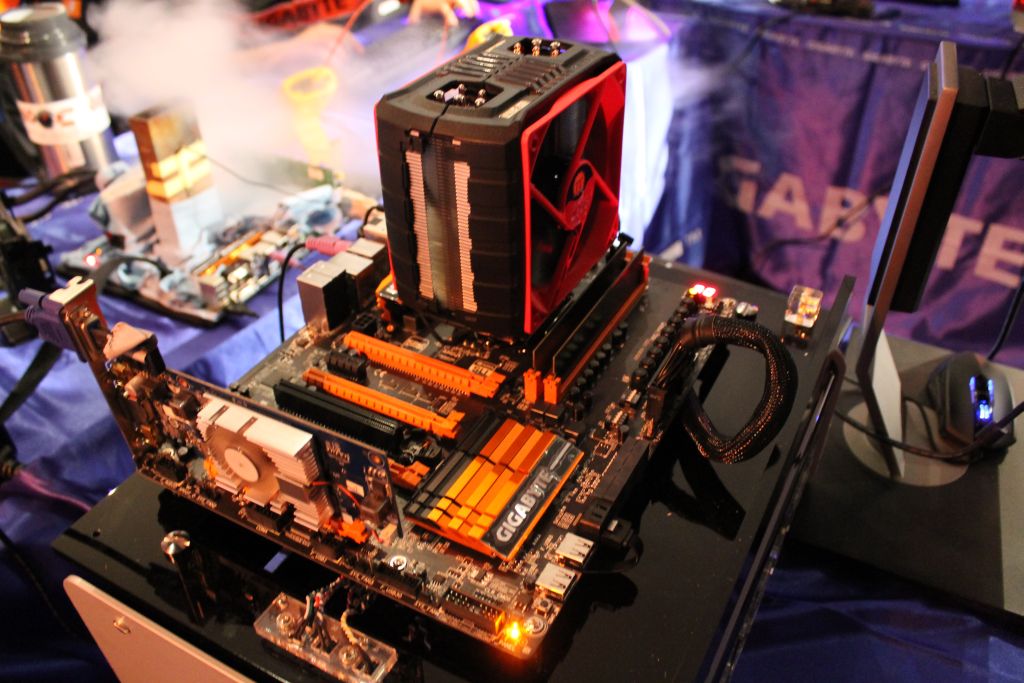 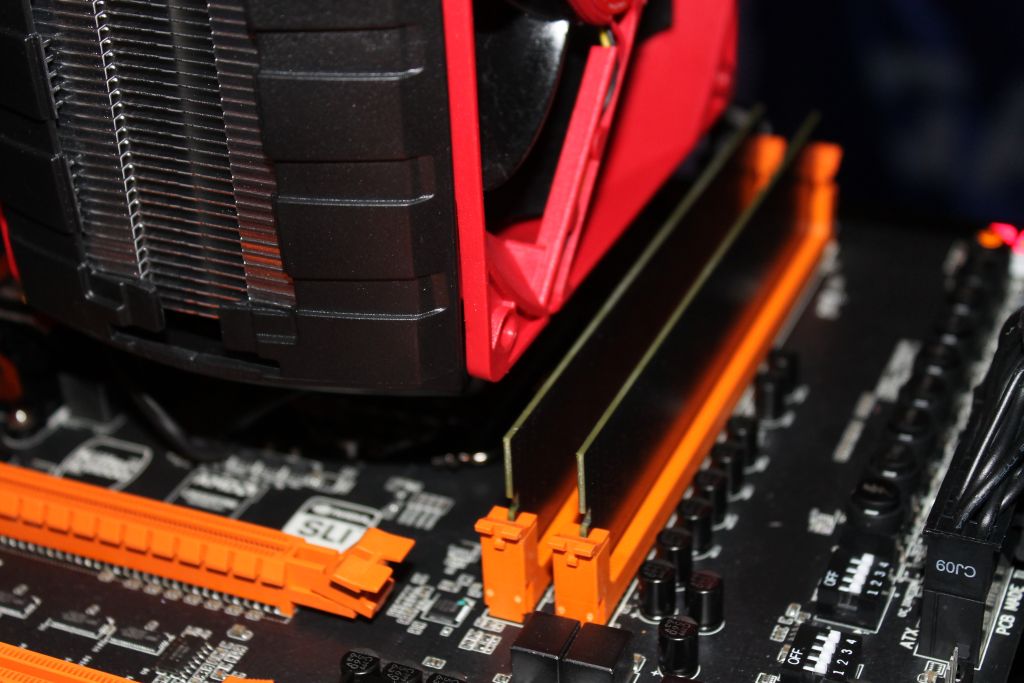 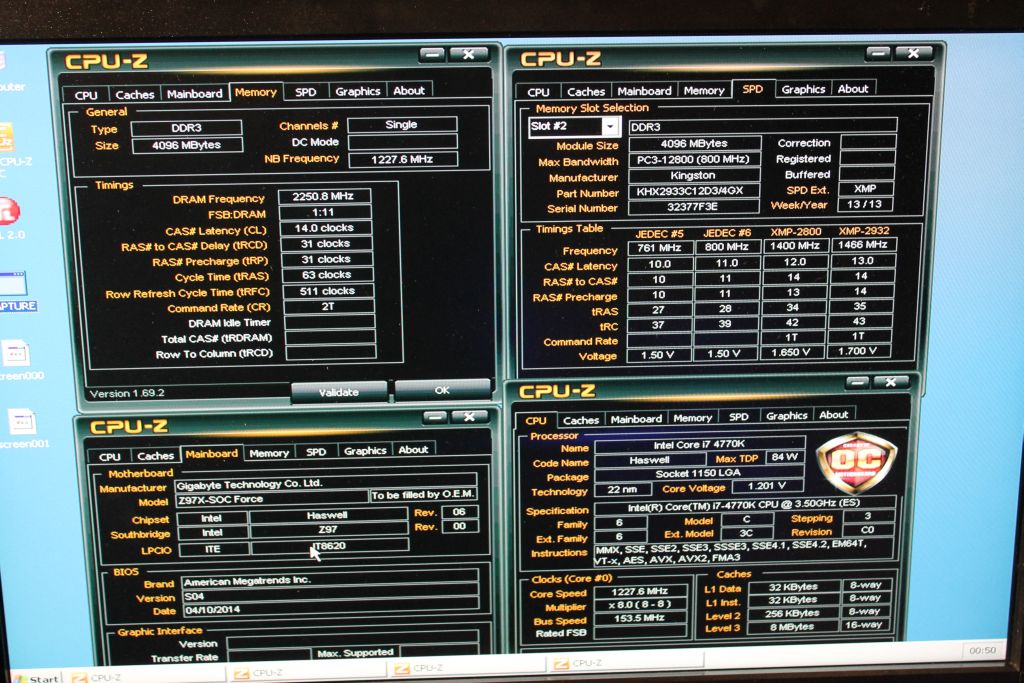 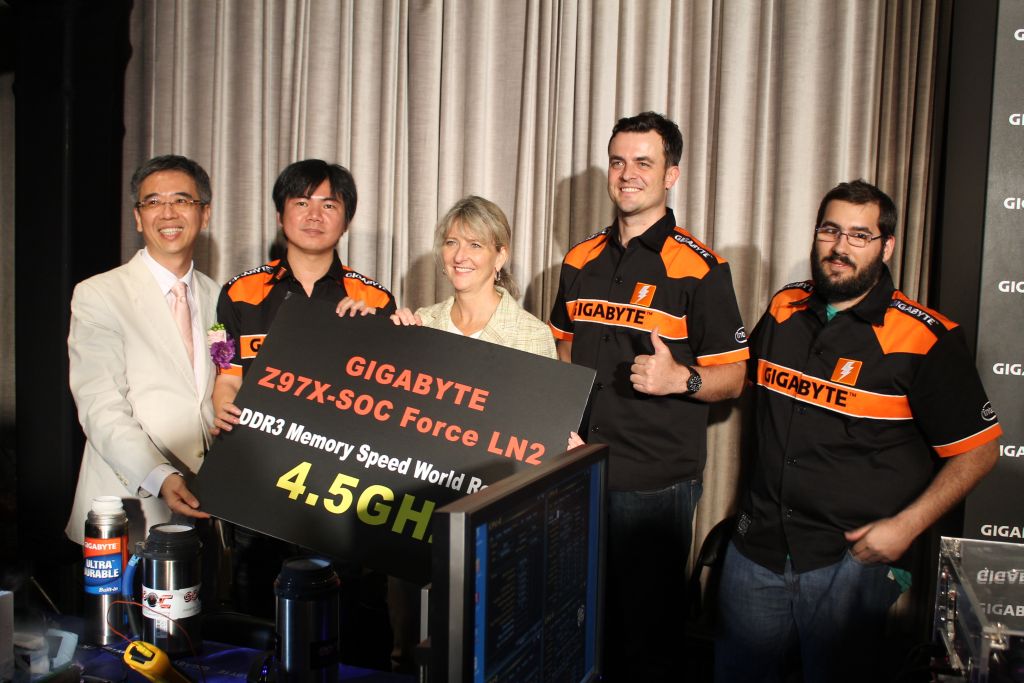 In house overclockers HiCookie, Dino22 and Sofos together with leading desktop lady Lisa Graff from Intel. there's more to come as this was a pretty smooth rolling setup