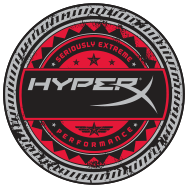 The HyperX team introduced to the Belgian press last week their new lineup. Biggest novelty was the side step from the traditional Kingston HyperX branding. HyperX is a standalone brand from now and is mainly focusing on gamers and affiliated markets. Edward, the EMEA business manager was present, together with  most of the Kingston UK team and the Dutch Lewis PR crew. The event location was at 2BY2,  one of Belgians greatest hardware distributors.

HyperX has recently been supporting many big gaming LAN events and has become a sponsor for many high level gaming tournaments and even including professional gaming teams; most of you will be familiar with the Dreamhack events & Intel Extreme Masters, just to name a few. This allows HyperX to rapidly reach thousands of gamers via all sorts of means: streaming media, Twitter, Facebook,...you name it, HyperX will be on it, a goal which could not be reached by normal means of advertising. The target of the HyperX crew is pretty straight forward: maximizing exposure to generate awareness, thus in the end resulting in increased sales.

EDIT: we also got just confirmed that HyperX is now one of the main sponsors for the Belgian powered OverClocking HWBot.org website.

First of all a big thanks Edward Baily for handing out the PowerPoint to us. Kudos sir!

Back to the presentation. For the new memory lineup:

We start off with some new memory products that were announced: the Fury lineup was launched not so long ago in mid April, targeting entry and mainstream users, who prefer quality and affordability over raw MHz and tight timings. By using four different color types these ram can be used to adapt to the color combination of the gaming rig. Secondly by using  a low profile heat spreader these Fury memory modules maximize the cooler compatibility. Last but not least the Fury kits include a feature alike XMP. However no manual intervention is required, just plug them in and play. Ranging from 1333 up to 1866MHz, these rams will not break any speed records, nor will they win the hearts of Overclockers. That is not the focus point of this HyperX  Fury range. The Fury series are here to relieve the good old Blu series from their duties. Summary: Fury in, Blu out.

For the more enthusiast crowd the upcoming Savage series will replace the Genesis variants. Compared to the Fury, the Savage kits will become available at higher rated specs from 1600MHz up to 2666MHz, by featuring a beefier  heat spreader it will allow the ICs to run cooler under heavy loads. Not much was revealed about the types of ICs that would be used, yet HyperX seems to be eager to take some market share from the other memory companies. Again scoring high in cooler compatibility thanks to the red low profile heat spreader design.

The new look for the Predators was not disclosed, besides that it will remain blue. Maybe this will be revealed at the upcoming Computex 2014? Though rated speeds up to 3200MHz sound awesome.

The current Beast series remain untouched. Now for all desktop rams, the team of  HyperX decided to be using a black PCB; no more cheap looking green PCB, looks really do matter.

For notebook users the SO-DIMMs too will get a refresh, this time under the Impact name. HyperX will have soon SO-DIMMs ready  for all desktop variants. Alike the competition these Impact rams will be equipped with a heat spreader for that extra classy look and higher cooling potential. 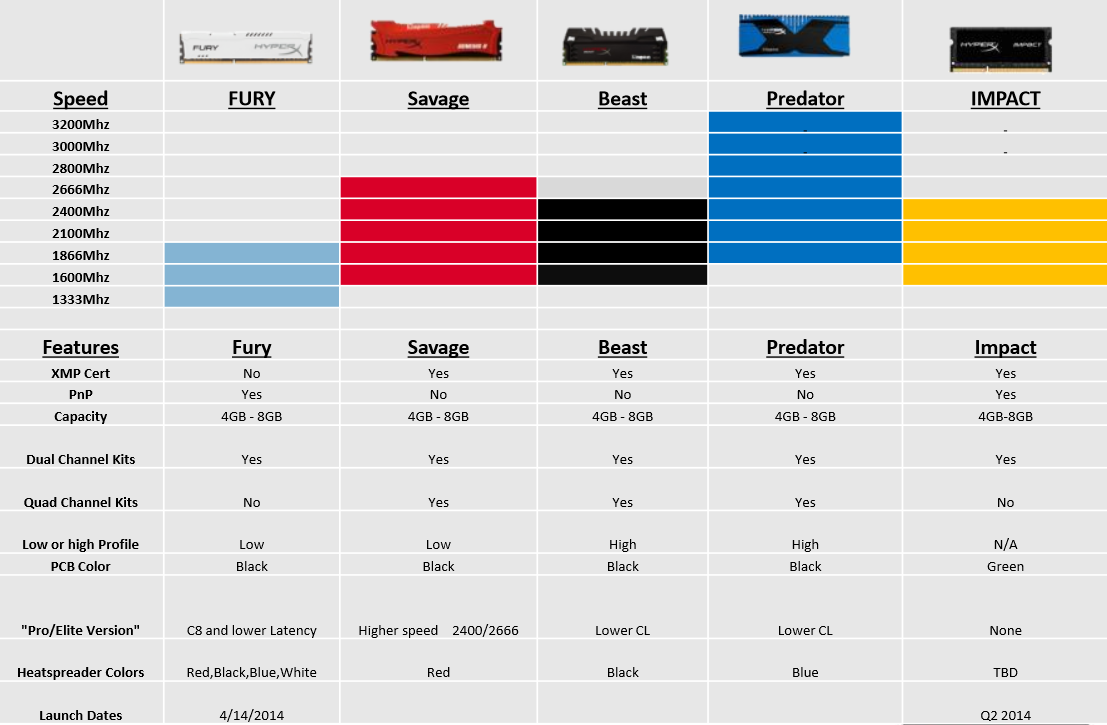