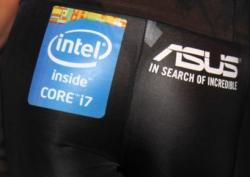 Firstlook is one of the largest gaming shows in the Benelux. It is a pur sang trade show for the game publishers. Already in its 6th edition and the amount of visitors is each year steadily growing. This in contradiction to other game events alike E3 and co which are attracting less and less visitors. Two days of complete mayhem for the gaming community are awaiting you, plus a prefixed maximum visitor number enables the gamers to test out and see the eagerly awaited new gaming titles for the last quarter of the year, this without having to stand in the queue for hours. A good concept which has been proven successful year after year. The hardware vendors also take full benefit of this occasion to show off their product range to the gaming crowd. ASUS NL always has a great booth at the Firstlook trade show and a little show by two nutty overclockers always attracts a crowd. Time to head off to the Jaarbeurshallen in lovely Utrecht.

The ASUS booth had a pretty basic, read not flashy, layout. Main focus this year was on several ProG4mer affiliated events. Putting the best out of the different classes versus one another in a direct showdown to win huge amounts of prize money. Together with the nutty crew from Tones, the ASUS booth was one of the main attractions in the hall. 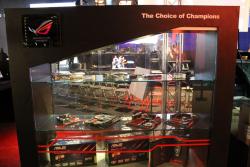 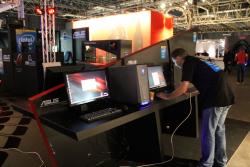 Several finals with heavily sponsored gaming teams drew a big crowd. So much fun to see these kids battle it out, Nevertheless while the competition is fierce, most of them seemed to get along quite well and no hostilities nor injuries were spotted. 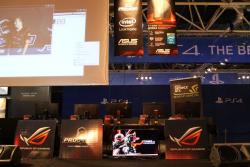 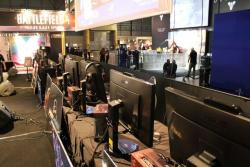 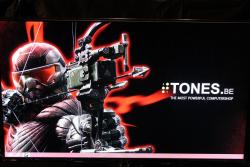 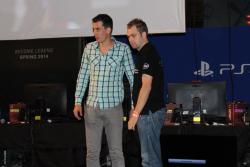 Steven Leunis, together with Bert from Tones.be were in charge to set up the ASUS/Intel ProG4mer stage. A few sleepless nights for the entire crew really paid off and the ProG4mer show was considered as a huge success at the end of the weekend ! 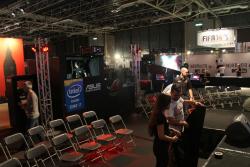 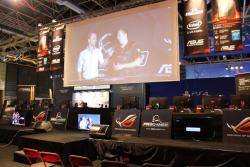