One of the objectives of the HWBOT Team Cup 2013 is to introduce our hardcore hobby to the masses. When MSI asked Madshrimps to attend an OverClock Academy, to promote their Z77 MPOWER mainboards, all systems were go. On the 21st of March we halted at the magnificent CDROMLAND shop located in the lovely Breda. Our goal was not to set new high scores, but to explain how overclocking works and to allow the gathered crowd to get into it themselves.

Of course these OC events reports don't need a lot of words, but rather require a lot of pictures from the action going on.

Since this was an open event, we all had no idea how many people would attend. However the amount of people that were interested in the event was quite high. If all the efforts made that day will boost sales, for the mainboard concerned, that's another thing. 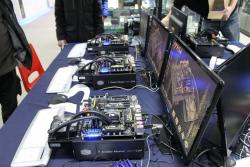 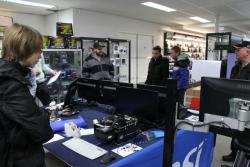 The ages ranging from plus minus 16 to 50 years of age. So all in all quite a mixed crowd that visited the CDROMLAND shop that day. Overclocking  suitable from 7 to 77 years baby.

MSI had a GTX680 Lightning card as main price for one of the lucky participants. It was decided to just write down the name and email address and an innocent hand would pick a lucky draw winner. It would have been unfair to give the card to the highest Cinebench score. One system was rapidly maxed out around 4700-4800MHz, while two others were stable at safe volts at 5000MHz and one i7-3770K required nutty volts to get Cinebench R11 stable at similar speeds.

It surprises us time after time that the participants achieve to reach similar clock speeds, then those we reached during the rapid pretests of the bench setups. 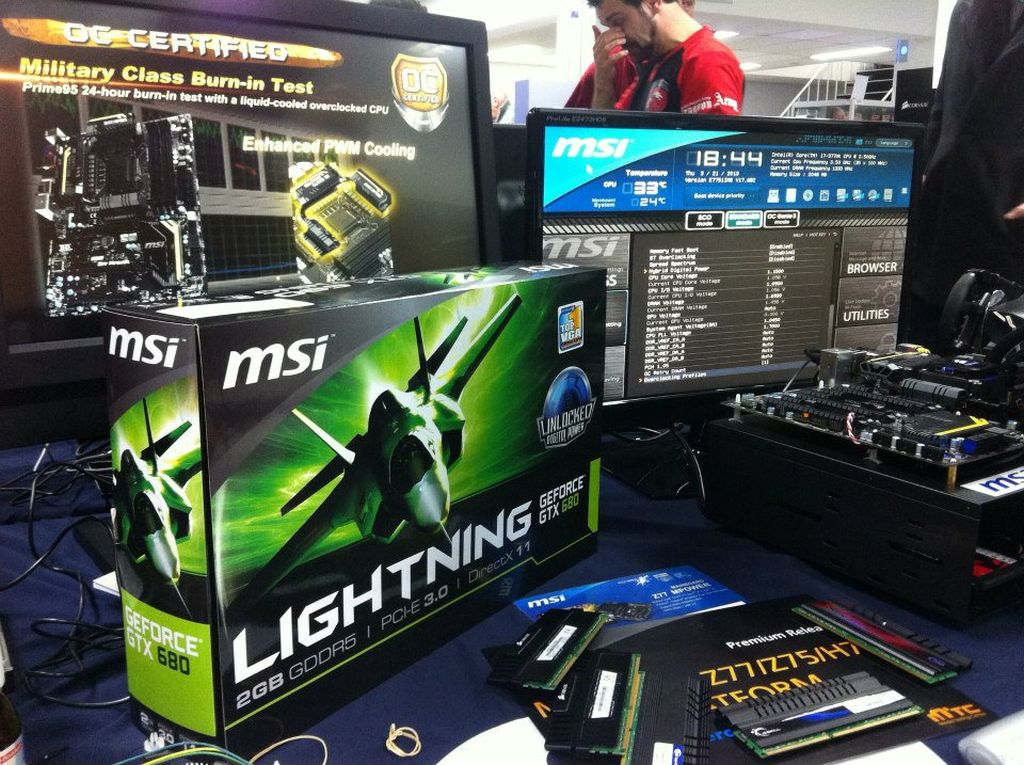