Don't expect much text on this one. Me and Oldscarface were invited by ASUS to do some demo LN2 OCs at their booth. The Firstlook 2012 venue was at the Jaarbeurs complex at Utrecht. How could we resist ? Games, Hardware, Booth babes and LN2 all in one room ! A steamy combination !

While I had a few opportunities to slip away, thanks to Chris de Weerd, one of HWinfo's OC legends I could take a quick tour at the booths. Mostly were filled with game gear and games. Some exclusive upcoming gaming footage was shown behind closed doors. The end of the year seems to be gamer's paradise again. 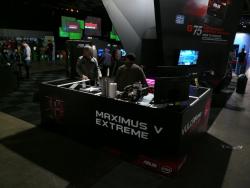 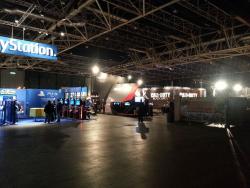 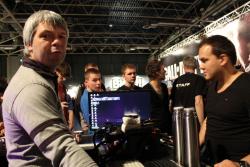 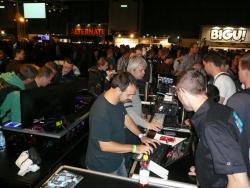 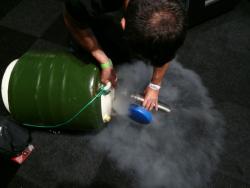 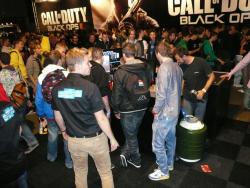 During the first day Oldscarface did some nice 6400MHz plus 3D runs with his GTX 680 at 1250MHz, he almost nailed the top spot Aquamark 3 score. Late in the afternoon, during the 2D runs, the fatigue of the system was becoming obvious as it was deemed necesarry to lower the clocks to remain stable. Plus the dewar was close to empty. Day two benching was started with the 2600K CPU, to use less LN2, but the 2D efficiency on the Z77 platform is pretty crappy with the Corsair GTX2 Hyper kit. Need to rebench that CPU with a P67 board to see what it is really capable off. 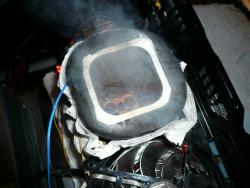 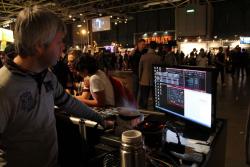