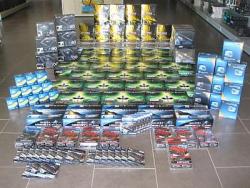 Sunday 14th August 2011. Exactly one year after Tones Overclock Academy I, the Academy goes international.  Place of action, the beautifull pitoresk city of Utrecht. It was just 2 months ago we had Gigabyte launching their X58-OC board at TOA II. For the first edition Asus was our hardware provider. This time, MSI is the guest manufactor for motherboards and videocards. Consistent sponsors are Intel for the CPUs and Corsair for memory and PSU's. Due to the international character we initially had plans for up to 20 teachers and 80 students. Before we were limited to the madshrimps crew for the teaching part. But together with volunteers from Overclock Team holland we had the opportunity to invite a lot more students.

Before we step into the TOA III, we must applaud the efforts by the two initial organisors. Drucchi and Blue-Tiger.  Together with Emanuel from Tones they managed to get all the sponsors on board. Providing all the required gear for another fun  overclocking Academy. Thank you Corsair, MSI and Intel for participating. 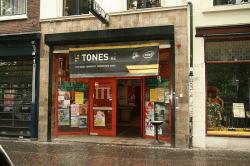 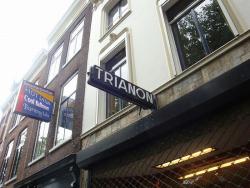 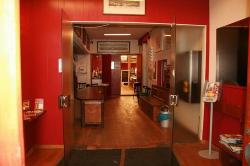 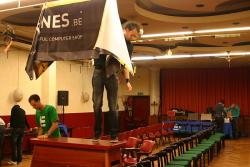 As you can see the Trianon, has quite some character, being used in the weekend mainly by dancing schools. Curious what happens there if not being crowded by some mad overclockers. 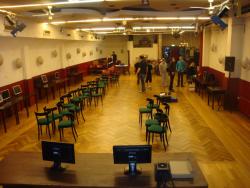 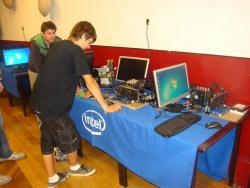 Adding a bit of hardware 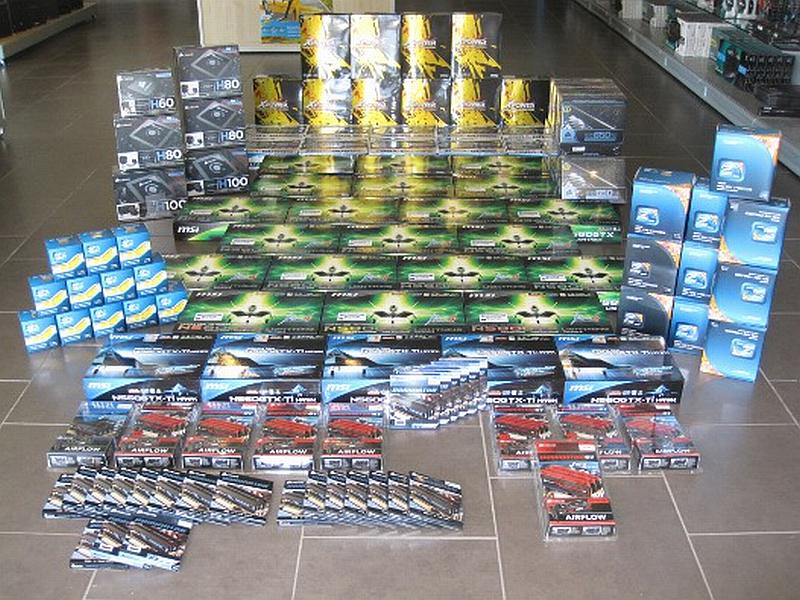 Quite a drooling picture for a hardware g33k picture. This one went global, as especially them 20 MSI Lightning cards are very wanted amongst overclockers. Quite impressive the guys from Tones got such a big stock together.

We initially had plans for 20 teachers, hence the 20 setups, and 80 students.  Though having already done a few events before myself and PJ were a bit sceptical having 4 students and one teacher per setup. Three was already a crowd, 5 could be too much. Due to the fact that the final tweaks were running late, the insciptions were only live , 10 days before the event. So not everyone could make it or get back from vacation in due time. Next time better luck lads. Even though some complained of the long trip and early wake up call. We had to get up around 0330-0400 to get there on time. Kuddos to everyone that was already there at 0700 AM to help setting up the systems.

Next step a word from the sponsors 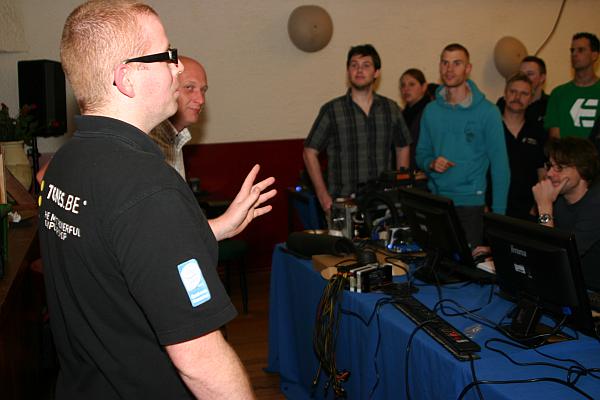 Manu from Tones, a natural born speecher, talking about the concept of the day, some rules (plz don't break stuff :p) , the time schedules and wait even some nice prices :)

Before we start a group picture is needed : 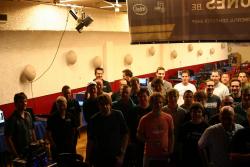 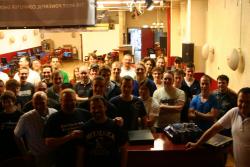 Merely positively reinforcing a performance by setting a certain level of expectations.

Which I wouldn't have done if I didn't trust PJ's capabilities

Comment from MSI-Niels @ 2011/08/19
As a certified safety officer (BHV) I did encountered a potential dangerious situation (accidently) Afterwards it was solved directly with an extra extention cable. Perhaps for the better, as everyone was focussing only on the wc attempt.
Comment from leeghoofd @ 2011/08/19
Nice recovery guys

I know what you did last summer

Just consider it as an extra difficulty level when i am around. Overclocking is becomming so easy on the newer platforms and "LN2 ready" vga cards. At least I (though not always intentionally) keep it a challenge.

I am getting some good idea's now for the MOA 2012 benelux qualifier. instead of trying to make you guys run 100m to an oc genie button, i could just hide all the to be used hardware in the warehouse, as a Military Class II(I) search&bench mission. Not telling that the MSI team hides there too with loaded paintball guns :P
Comment from petervandamned @ 2011/08/21
then the ware house will never looks the same again.
ordering some small pistols too