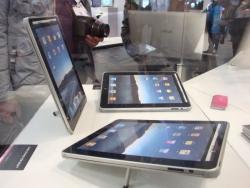 It's Hannover time again. After a 6 hour drive I entered the holy grounds of the Cebit 2011 Messe. Being a hardware enthousiast I went out to look for the new stuff ( as usually CES spoils all the fun ). So this is not a Cebit coverage with all sorts of cases, docking stations, USB sticks with lasers etc... Just the things that I found either good looking, innovative or usefull to the enthousiast crowd. Hence the title : some highlights :) And ofcourse as a reviewer you are obliged to meet and greet all the lovely people that send us the goodies to play with.

Asus this year dominated the hall 17 with another humoungus booth. A but contradicitng as most manufacturers are all reducing the size of their booth stands. Gigabyte was to be found only in the Resellers area. A bit strange as they had some good stuff on display ( at least for the enthousiast community )

On the X58 front their main show stoppers is the Rampage Extreme III BLack edition. Targeted at the gaming enthousiast community.  Including the NIC Killer 2100 ( claimed for an enhanced ping environment) and Asus own Xonar audio chip (for better audio experiences with a lot of added features like eg audio profiles per game). Both will be included on a seperate PCI-E card, baptised Thunderbolt.

For the enthousiasts the PCB is redesigned to withstand higher Bclocking, outperforming their previous flagship the Rampage III Extreme. 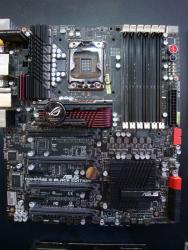 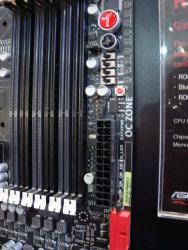 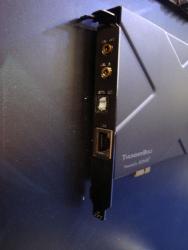 All black PCB, 4 way crossfire and Tri SLI supported ( so for 4 way SLI you still have to use the Expander board) 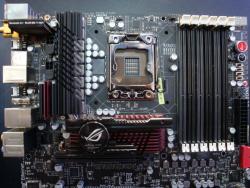 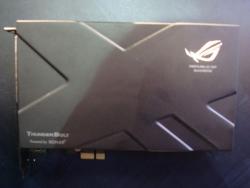 Estimated retail price will be way up in the 450 euros. Let's hope for the OCing community Asus will be able to add a board to the lineup, without the Thunderbolt card

Ofcourse the B3 rechipping and relabelling is in full progress on all the sandy Bridge motherboards. Asus also had one Z68 board on display : the P8Z68-V Pro 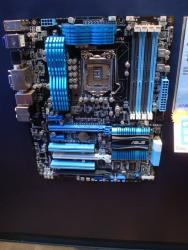 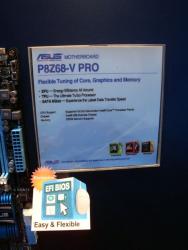 Their well kep secret was the brand new GTX580 Matrix card. If it will beat the already high end CU II version is just a matter of time. The Award fabrik team had already 1600mhz benchable CU II cards being cooled with LN2 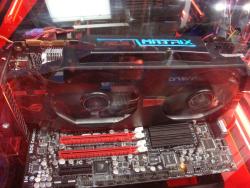 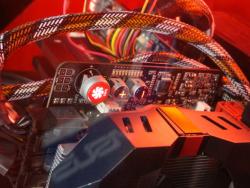 Clocks and co were not listed ( as all manufacturers did ) The card has got readout points and a tweak it similar OC buttons. In due time Asus will have a new GPU OC software, leaving behind the aging Smart doctor. If our PR guy was correct it should be ROG connectable, which would be very very cool.

Some more shots form the booth with the Sandy Bridge improved gaming notebooks. 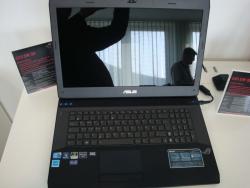 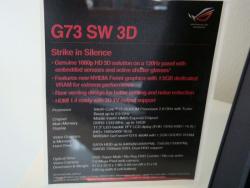 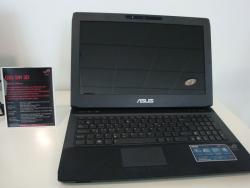 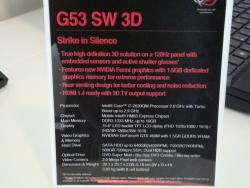 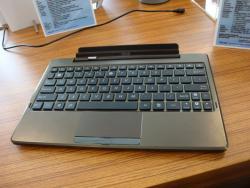 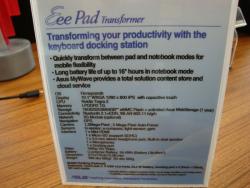 Thx rogier for the booth tour !