ASRock introduces another new board 4Core 1333-eSATA2 using the newly released Intel P31 chipset in succession only days after the release of 4Core 1333-Viiv P965 main board. Can this board outperform and beat the P965 in performance and price? Let´s find out.

When the price is right adding eSATA, Firewire and Raid, it does provide consumers the choice of another full feature low cost Quad Core ready board.

Let's find out how the P31 will stand up against ASRock's own P965 board. 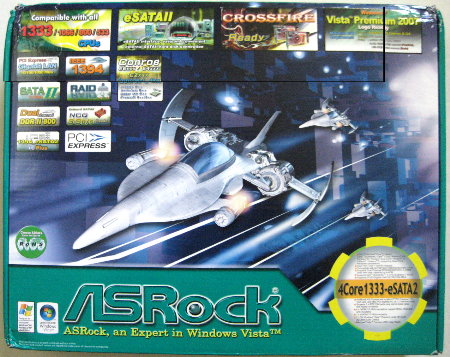 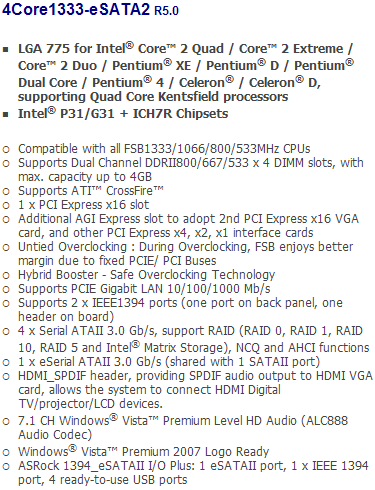 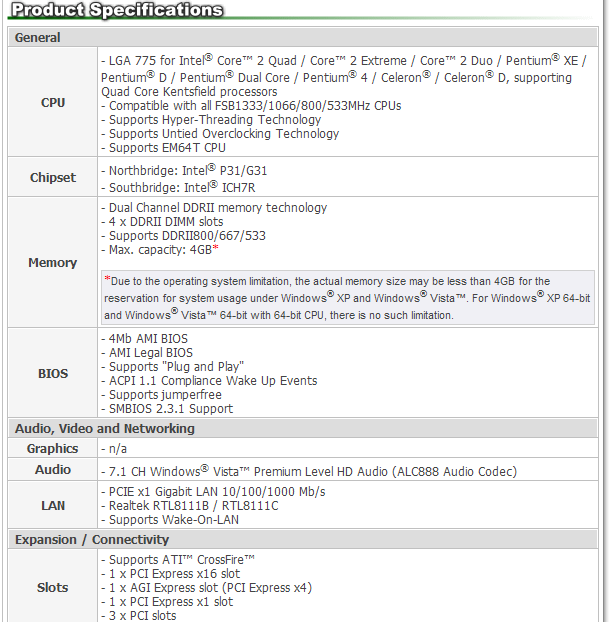 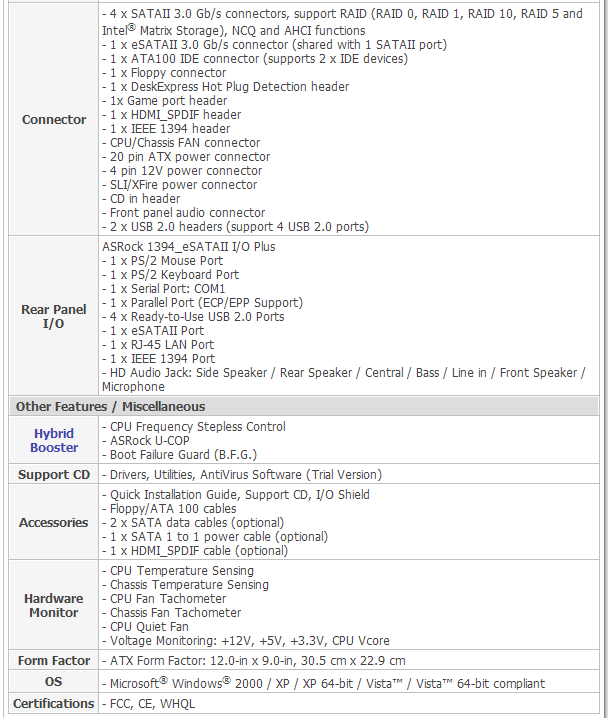 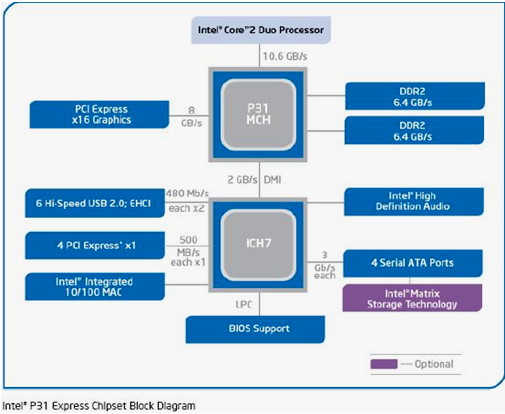 But I gata say, they are cheap and work well.
Comment from jmke @ 2007/09/12
Sidney is doing an excellent job at covering these ASRock boards, features, performance, overclocking and value, surely gives you an idea what they are capable of, what you can expect for your money; which is more than I thought, overclocking is almost complete with addition of vcore control

If you don't already know, enabling Intel SpeedStep in BIOS and the use of Notebook Hardware Control set to Dynamic switching, OC'ed system runs at a low of 6x multi to CPU default saving a few dollars on electricity.
Comment from Sidney @ 2007/11/13
Bios version P1.2 and 1.1 support Yorkfield 45nm Penryn. But, there won't be much OCing, 366FSB is max'ed out.