Does it, just like the Deneb, scale with voltage? Does it scale with temperature? Can we reach unseen heights in raw frequency? These are just a few of the questions we want to tackle in this article.

The NDA of the newest AMD technology codenamed “Thuban” has been lifted just a few minutes ago and all across the world wide web you can find all sorts of charts proving or disproving the ‘worth-to-buy’ award given to any Thuban product. But, more important than knowing if it’s a good choice to invest money in this new architecture, is of course knowing if this thing overclocks decently. Does it, just like the Deneb, scale with voltage? Does it scale with temperature? Can we reach unseen heights in raw frequency? These are just a few of the questions we want to tackle in this article. 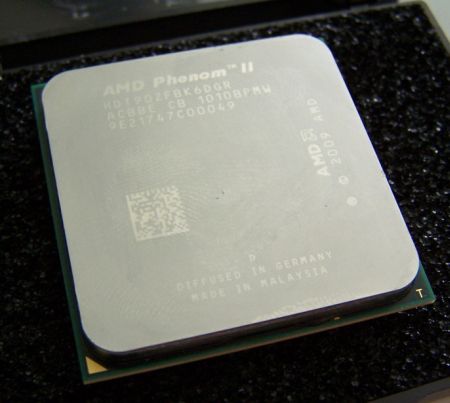 Since the testing for this article has been performed a couple of weeks before the actual launch of the Thuban, the mainboards had not been perfectioned yet. The 890FX mainboards were not available in the retail stores and the 890GX/790GX boards were still running beta bioses. This means that the overclocking results obtained and presented in this article MAY have been affected by the immature boards and bioses and their interaction with the Thuban. Of course, we have done our best to rule out this possibility by testing several bioses and mainboards.

At the moment of testing, the Asus M4A89GTD Pro, equipped with bios 1203, proved to be the most stable in terms of processor, memory controller and memory frequency on air cooling. In the first series of tests, we already reached 4.3GHz 3DMark06 stability using an average air cooler. Although it doesn’t show in the score underneath, we were also able to run the Northbridge at 3GHz stable through 3DMark06, even with the memory clocked at DDR3-1880 CL7. 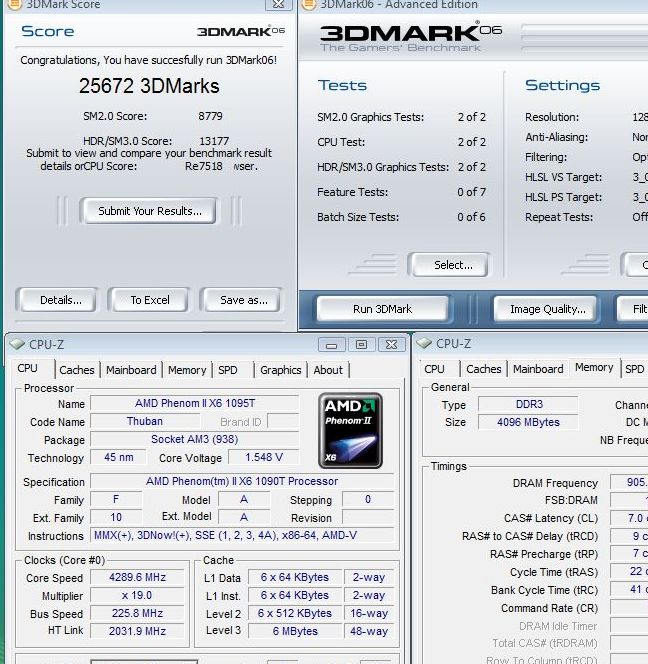 Do note, however, that under liquid nitrogen this board did have multiple issues. To name a few, it seemed impossible to reach the same high Northbridge and memory frequency as it did on air cooling, even using the same saved bios profiles. In addition, there was an issue with running 2 HD 5970’s in crossfire mode which prevented the detection of the second graphics card, hence why the tests were run with only one video card. I’m sure that in the next couple of bioses, all these issues will be addressed.

First of all I need to thank the Finnish overclocker Sampsa for the inspiring work he did for his thesis. Thanks to Sampsa and his willingness to share his findings and results, I was able to set up a similar test methodology for this article.

When handpicking or testing processors, there are different factors determining whether you want to keep the sample you have on your desk, or exchange it for (hopefully) something better. Not only the raw maximum frequency is important, but also things like coldbug and coldbootbug, the scaling with voltage and temperature, whether it’s stable with all cores/threads under full load and of course the personal goals you set out. In practice, this kind of testing takes a lot of time and is not always satisfying. I can only imagine the frustration when you find out that the mainboard you’ve been using to handpick processors is actually holding you back …

This article deals with only the temperature and the voltage aspects of the Phenom II X6 architecture because, as most of us know, these two factors are determining the resulting frequency the most. Using the 3DMark06 CPU test benchmark, we tried to find the highest possible stable frequency given a fixed temperature/voltage combination.

Last but not least I’d like to thank the Belgian IT-shop Tones for providing the necessary hardware to run the tests.
Comment from jmke @ 2010/05/12
a follow-up article was posted @ HWBot: http://hwbot.org/article/news/update...rature_scaling