In the search for more performance, I tested 3 brandnew KT400 equipped motherboards, in the hope to outperform my current AMD performance system, based on the KT333 chipset.
Asus A7V8X, Gigabyte GA-7vax and Msi KT4 Ultra are included in this review.


Hello and welcome to my little wrap-up of VIA´s latest chipset: KT400.

After weeks of testing and even more research, I finally am able to sum up all the good and bad things of this new chipset. The KT400 is VIA´s "upgrade" from the older KT333. It adds some impressive features to the already quite full list of the KT333, these are:
- AGP 8X support
- Serial ATA
- DDR400 unofficial support
- Firewire and USB 2.0
- Gigabit Onboard Network

In the above list the AGP 8X support and DDR400 are really interesting improvements over previous incarnations. Since no serial ATA drives are available at the time of writing, no test results were included.

DDR400 or in FSB words: 200Mhz Front-Side-Bus speed. These speeds were already reachable on the KT266A/KT333 with some high quality ram, and hopefully now they will become more common by introducing the extra settings in the BIOS for making your RAM run @ 200Mhz while the rest stays at 133Mhz.


When I stopped by our local hardware store: Comtechnology, they give me much more then I would ever wish for, an impressive collection of brand-new hardware to test: 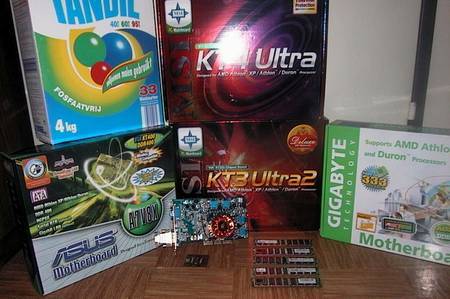 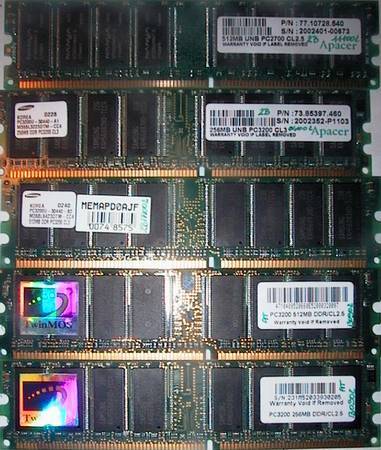 I also received a brand-new Hercules Radeon 9700 Pro to test out the 3DMark&Gaming performance of these KT400 mobo´s and last but not least: XP2200+ 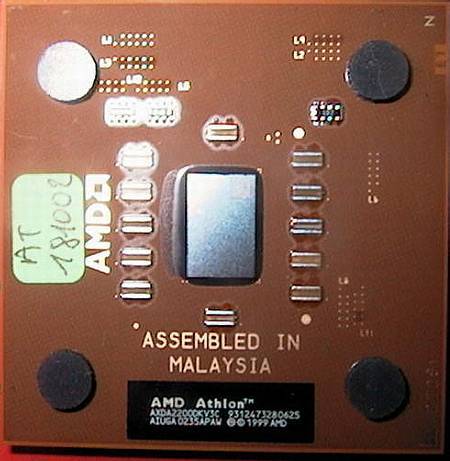 This overclocking review on Madshrimps tries to find best performing hardware to get highest performance in benchmarks and games.

The opinions and conclusion made in this review are not necessarily those of the whole [M]-Crew.

Let´s get started and plug in the power!