In the search for more performance, I tested 3 brandnew KT400 equipped motherboards, in the hope to outperform my current AMD performance system, based on the KT333 chipset.
Asus A7V8X, Gigabyte GA-7vax and Msi KT4 Ultra are included in this review.

The reference motherboard used was a MSI KT3 Ultra2, I would like to get hold of an Abit KX7 but it was not available to me at the time of testing. 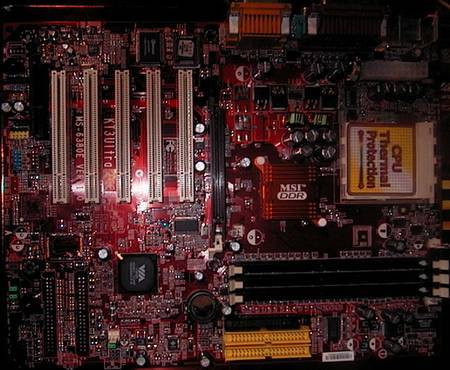 The KT3 comes in a flashy red colour and supporting a sticker on the CPU socket that reads "CPU Thermal Protection". All good and well, but it was a pain to remove this and didn´t have any real use, I hope they remove this in the future. Basically the Motherboard monitors the CPU temp from the internal CPU diode, and shuts of the power when it passes a preset °C. The problem however it that the polling of the diode is not done fast enough, so removing the heatsink while the PC is on will result in a burning smell and a new keychain to add to the collection. It however does work when the CPU-fan decides to give up on you. But if the retention clip were to brake off you still are left with a dead CPU. 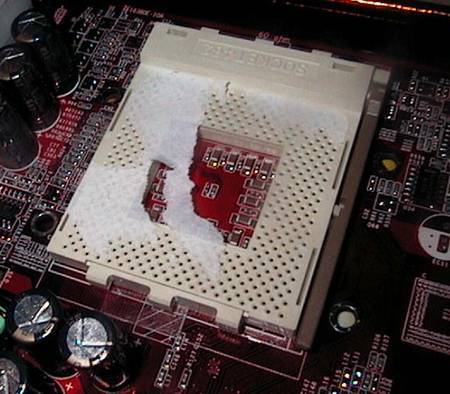 The MSI KT3 delivered stable and average performance at 166FSB, when pushed to 200FSB it was stable in windows but running 3DMark or other 3D Benches failed. This might have to do with the rather low max vcore of 1.75v. Or with the tearing effect I got during POST. This R9700 Pro seems to have problems with high FSB speeds, enter the TNT2 Ultra I got lying around. No tearing, clean boot, but it wasn´t stable @200FSB.

So back to 166FSB, after installing Windows XP and the latest Catalyst drivers I attained a respectable 12636 3DMark2K1 score. 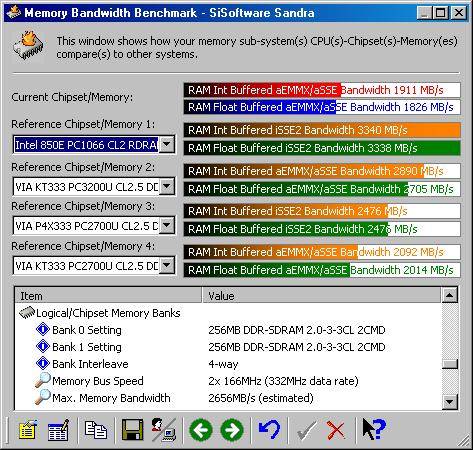 I then cranked the FSB back up to 200Mhz and got these numbers on the KT333 chipset: 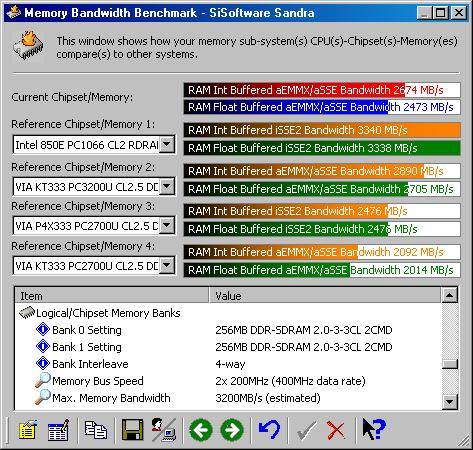 Not too shabby for this MSI motherboard. Now let´s see what it´s successor brings to the table