Notebooks, we see them everyday. At home, at your work, on the bus,... you name it. These portable PCs are considered common now. Notebooks have gone a long way, not solely being designed anymore for the businessman. Asus is targeting the multimedia/gaming enthusiast with this G51J 3D version. Not being an avid fan of gaming portables, I might be in for a nice surprise. Without spilling any more words, let us have a look at this Asus 3D Notebook creation.

A Look Inside, Software and 3D Gear 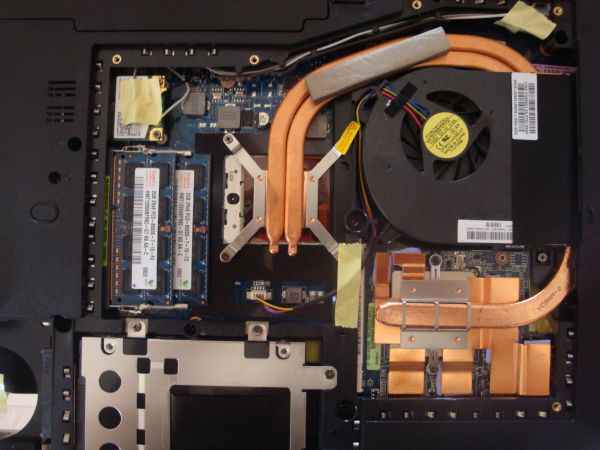 Interior is clean and tidy, amazingly that they popped all that high end hardware in such a little package. 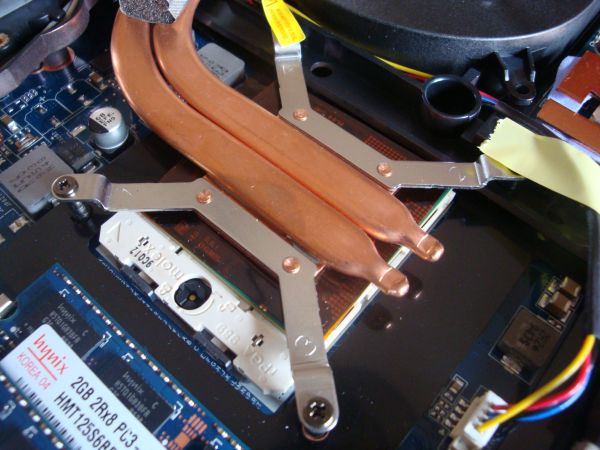 Close-up of the two heatpipes. Double one for the CPU and single for the GPU. The latter get's very hot and a double version might not have been a bad idea at all. 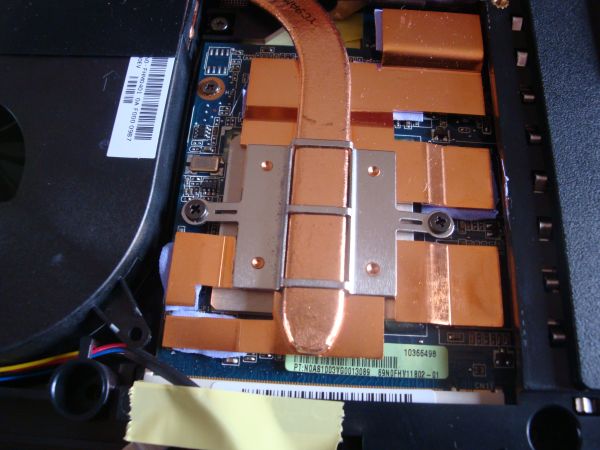 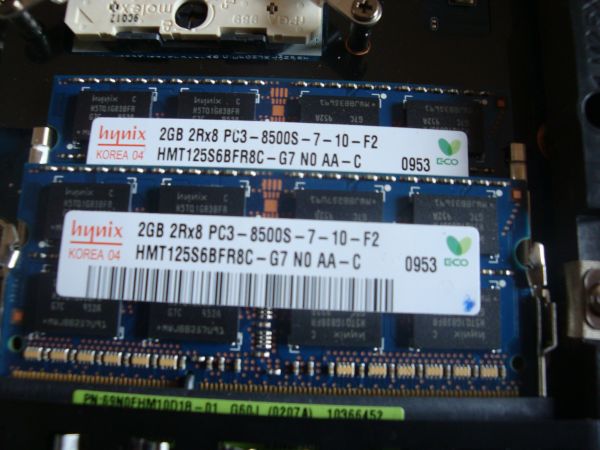 4Gb of DDR3 PC8500 C7 rams. Being used to desktop timings, these seem really slack for the rated speeds. Sadly I couldn't access the timings with MemSet nor CPU tweaker to see if I could squeeze a bit more performance. 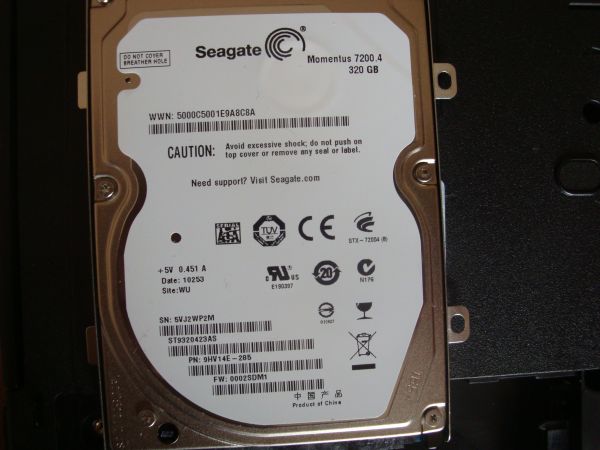 Two of these Momentus 7200rpm Harddrives are included, too bad they are not of the 500GB variant and put in RAID. Or even better: one SSD for the Operating System and one big hard drive for data storage!

Besides the hefty specs the notebook is bundled with very practical software egg for the webcam, to tune your monitor’s brightness, color range etc.

A brief word on Asus' Express Gate : I encountered this software for the first time when I bought the P5Q Dlx motherboard. At first it seemed pretty useless but once you start formatting your system you still have access to the internet... enabling you to download drivers it can be a life safer. You also get access to Skype and Email client, and all this without the need to start the main OS. 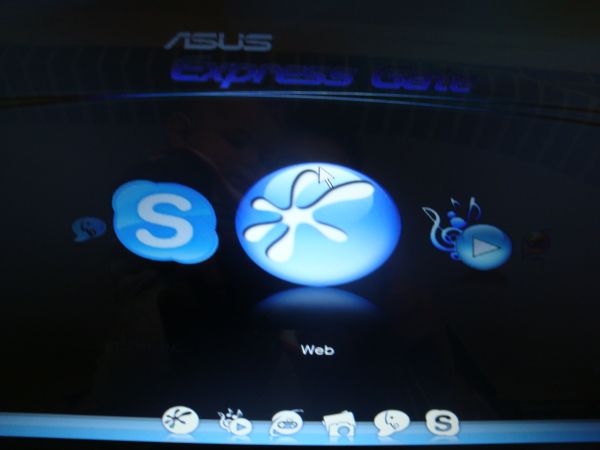 You might not think this software is useful till the day you might just need that certain driver which is now accessible via this one touch to activate button. 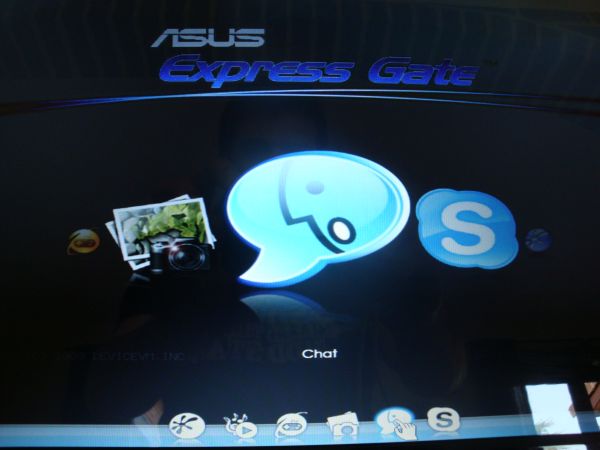 The 3D part is powered by the NVIDIA Nvision glasses. The 3D kit consists of 3 parts ; the glasses of course, the IR transmitter and a USB cable with a double function : to charge the glasses and connect the Tx. The software was preinstalled and after plugging in the transmitter, it was all pretty straightforward and we are up and running in just a matter of minutes. 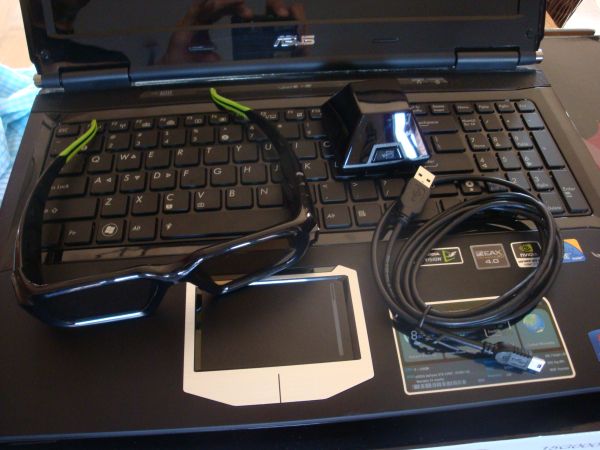 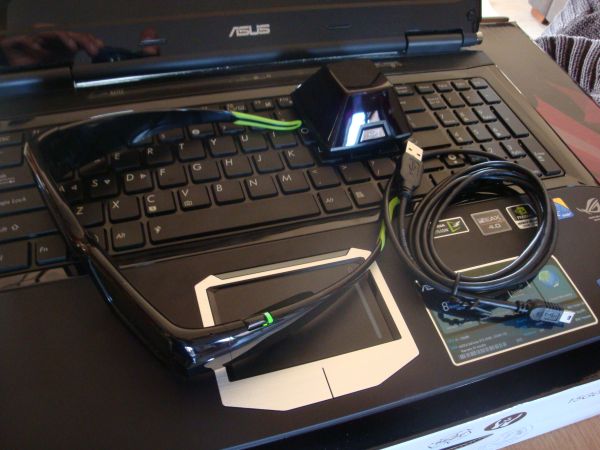 Asus had a few 3D movie clips and Activation’s Call of Duty World at War preinstalled. By pressing the 3D ROG vision button, the GPU starts to puts out the red and green glare in the Activision game. The shooter however game lacked a bit of depth and effect. But our biggest problem was that the game got very jerky in certain scenes. Jerkiness that we didn't notice when playing in normal 2D mode.

The 3D effect in the demo movies on the other hand was breathtaking and astonishing. The video playback was absolutely not a problem. Awaiting the release of Avatar 3D in the local DVD shop. That would have been a treat and a good test for this laptop. Though the gods were against us, and apparently the 3D version is not (yet) released. 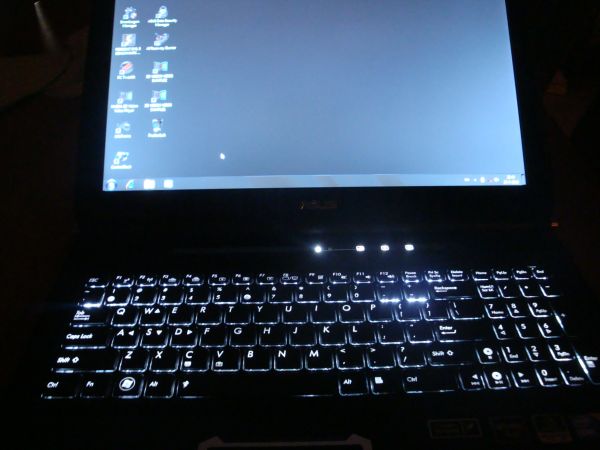 A shot of the illuminated keyboard, can be fully adjusted to your specific needs, and comes in handy when working in dimly lit areas.
Comment from Stefan Mileschin @ 2010/06/11
I have myself an ASUS X55SV, bought two years ago and still going strong. It needs proper cleaning though, once in a while, but it can be done easily on the bottom, because I have full access to the blower.

The problem I have seen with the newer high performance laptops from ASUS at least is that even if they are using two blowers and cooling is much better than before, it is a pain to clean them up, because we have access to them only after removing the keyboard

Here is a bit of the disassembly nightmare: http://www.youtube.com/watch?v=Tp90M_N6dzs

This reviewed model does not seem to have this problem, which is good.