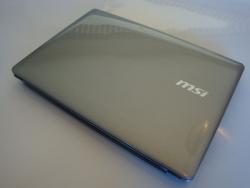 MSI CX640 Back to School Laptop

Where are the days that you couldn't afford a decent laptop ? And when laptops where just for bussinessmen, not for pleasure. Not even imaginable that you would have to buy one just to study at school. Things have changed, in fact they have changed a lot. Partly due to the extreme growth of the world wide web, fast internet and wireless access, gaming,... School Books and towers of papers are a thing that soon will be part of a museum. Most school courses at highschool are downloadable in Acrobat or alike formats via their intranet. Ofcourse to have access some schools advise you or even oblige you to buy a laptop. Some of them suggested laptops cost heaps of money, even though some are quite good deals for the specifications. Main point is, most are overspecced or priced accordingly. This is where MSI want's to target the CX640 laptop at. Being affordable, thus no longer for the parents required to sell vital organs, yet still offer some nice specifications without too much bling bling. Let's see what MSI has got to offer to the youngsters or elderly that want a laptop, to be used used for school purposes or just plain basic laptop usage.

The laptop itself is a stylish looking silver brushed version . MSI also has a black version available to suit ya colour needs. No funky colours though, just classic stuff that suits most demands. The specifications on this Intel based laptop are quite impressive. 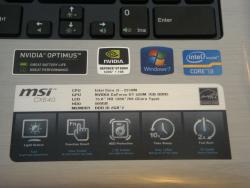 Intel Mobile Sandybridge CPU : our test sample was based on a i5 2310M CPU running at 2.1Ghz. Sporting 2 cores and 4 hyperthreaded ones. This should be more than powerfull enough for the most demanding applications. Plus one of the stronger points is the enhanced battery duration. But more on that later on. Four Gigabyte of DDR3 ram, upgradable to max 8GB. For storage MSI opted to equip our review sample with a 500Gb Hitachi drive. Weirdly enough the CX640 has got dedicated graphics via an Nvidia GT 520M 1GB DDR3. I would have expected, that to lower the retail price, MSI would have opted to use the integrated Intel 3000 HD graphics of the 2310M CPU. Monitor on duty is a 15.6 inch High Definition one running at a native resolution of 1366 x 768 pixels. 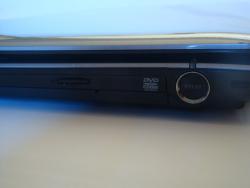 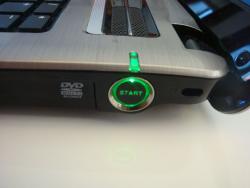 You either have the choice between a what MSI refers to as a Super Multi DVD writer or a combo Blue ray drive Now let's have a look at the connectors, buttons on the sides. The Power on Button gives a flashy green glow once powered up. 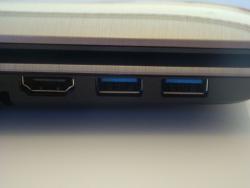 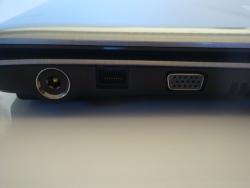 Two USB 3.0 ports are standard,  for maximum tranfer rates of large chunks of data, and a HDMI port. The jack for the Power supply, a 10/100/1000 LAN port and the VGA connector to hook up other monitors, beamers etc... 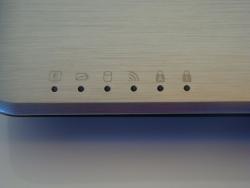 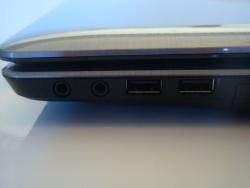 The necessary LEDs to allow you to monitor which function or device is enabled. From left to right : Light Sensor indicator: The monitor has the cool function to automatically adjust brightness and power draw in function of the ambient light. Battery Led indicator, HD/Optical drive indicator. Wireless RF function Led and then the Caps and Num Lock Led indicators. The right picture shows two more USB 2.0 ports and the in and out jack for sound. 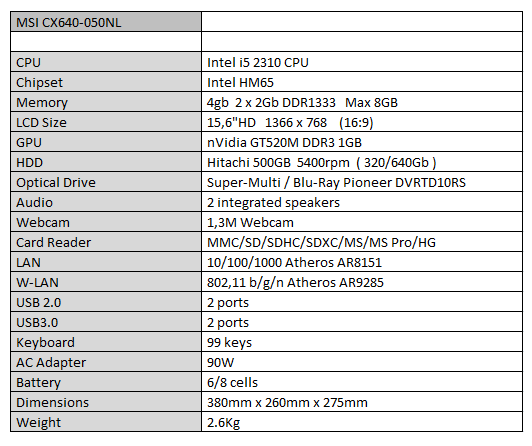