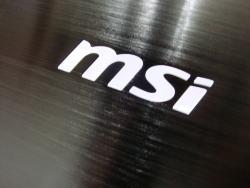 Portable gaming power has always raised a few questions in my head. Mostly laptops are limited in processor and graphics power. Let alone that the cooling is not as optimised as the desktop variants. Last year at Cebit I already saw some nice specifications amongst the acclaimed gaming notebooks. With the arrival of the Sandybridge processors a whole new era of computing was unleashed. High frequency, low power consumption and all in all being able to operate at acceptable temperatures. The mobile variants aren't any different. I own a Sandy bridge based laptop since a few months and it still amases me how smooth it works with all sort of applications. Plus the  the battery duration is over 4 hours. And it's just a cheap mainstream Acer notebook. Absolutely nothing fancy like todays MSI GT780 Gaming laptop. The MSI crew promised smooth gameplay, even in the latest hot game titles. Being an avid online gamer, I just couldn't resist to ask for a review sample.

The laptop and it's accesoires

The GT780 is presented in a nice cardboard box. Including besides the laptop itself,  a sporty rucksack and even a gaming mouse. 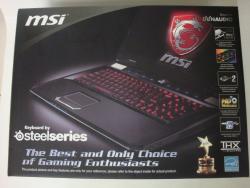 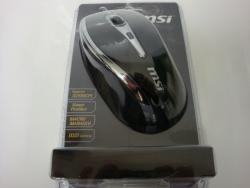 To provide enough speed for the most demanding applications, MSI uses the Intel SandyBridge mobile I7 2630QM processor. A 32Nm based quadcore processor, sporting 8 hyperthreaded cores. Running at 2000Mhz, but thanks to Intels Turboboost technology speeding up to a max of 2900mhz. 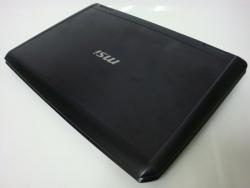 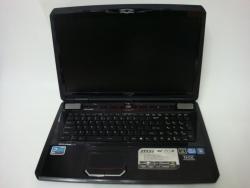 A whopping total of 8Gb ram is installed to warrant fast loading times and less hard drive swapping. For future ram upgrades there are still two dimm slots free.
Data storage is provided by two 750 Western Digital Black Caviar 7200rpm drives in a RAID 0 setup. Optional you can have one 120Gb SSD as boot drive and a normal 500 or 750Gb hard drive for storage purposes. 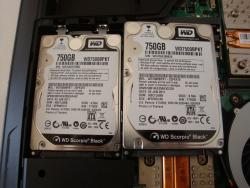 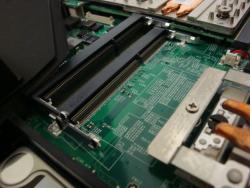 GPU wise this gaming notebook includes the Nvidia Geforce GTX 560M.  With 1.5Gb of GDDR5 dedicated ram onboard (there also exists a 3gb version, but not listed in the MSI specs) . While it's performance is not comparable with the similar named desktop variant. It however should be more than suitable enough to allow for good gameplay. Standard Nvidia core clocks are running at 775Mhz and the 1.5Gb rams clocking in at 1250Mhz. The card on the MSI GT780 is pre overclocked at 813Mhz. The 560M GPU is fully DirectX11 and OpenGL 4.0 compatible. 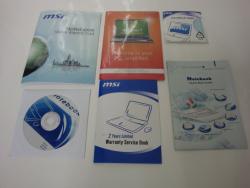 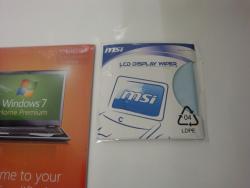 Some more booklets, a driver/rescue CD and yes ladies and gentlemen, MSI included even an LCD Display wiper cloth :)

To power it all, a big power adapter is included. Just for comparison I put my own Acer lappie adapter next to the behemoth... 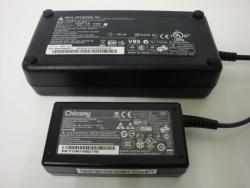 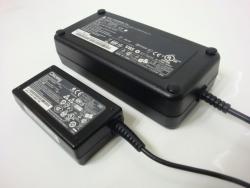