The entry-level to mainstream B550M-Silver board is a solid offering from BIOSTAR, meant for more compact systems, but with interfaces available as on a fully-fledged ATX board. The color scheme is quite catchy and does not come with any RGB lighting, but the users can sync their own RGB hardware by using the included headers. We can accommodate quite a bit of RAM thanks to the total of four memory slots, while storage can be installed in the two M.2 PCIe slots but also via the six SATA III 6Gbps ports. The VRM cooling system allows installation of larger heatsinks, while the included wiring for WiFi allows an easy upgrade if a wireless card is installed in the designated area. 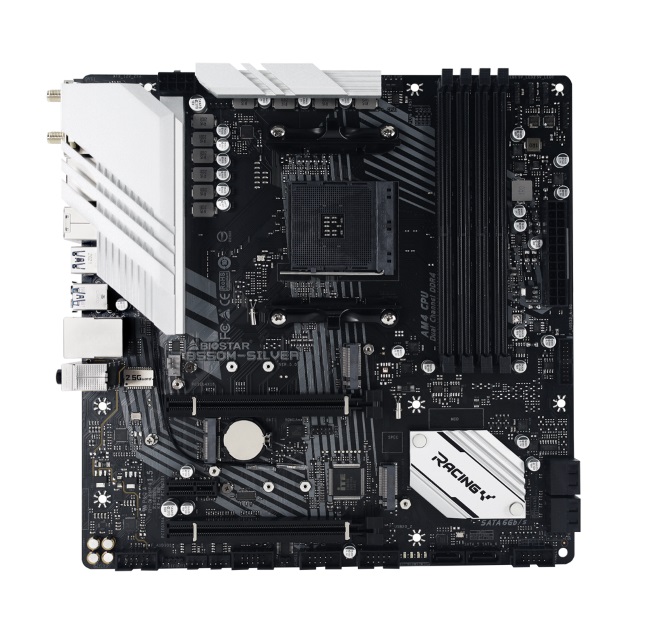 At first we would like to thank BIOSTAR for offering their RACING B550M-Silver AM4 Motherboard for testing and reviewing.