With the X370GTN, BIOSTAR has succeeded to offer plenty of goodies, in a compact ITX format; due to a smaller VRM, the manufacturer does recommend CPUs with a maximum TDP of 95W, but if we do use it with a 65W SKU, we do also have some overclocking headroom. In our tests with the Ryzen 3 1300X, we have succeeded to achieve the same results as with the high-end Crosshair Hero VI from ASUS, by just setting up the multiplier and the voltage inside the UEFI interface, which is really easy to use. 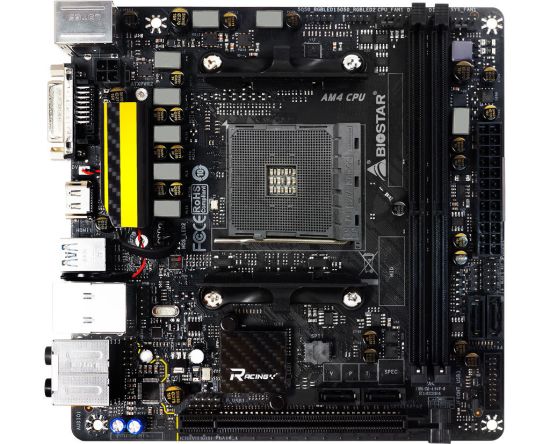 At first we would like to thank BIOSTAR for offering their RACING X370GTN AM4 Motherboard for testing and reviewing.