Once in a while a case manufacturer dares to innovate and therefore its new breed's design deviates from the masses. Stepping away from the milked out transformer lookalikes is in fact a great idea. Though a new design must be enhanced by utilizing a non daily color range, a palette different from the ordinary grey, alu or black colors, which we are so accustomed too. Corsair is taking a different direction with their latest Vengeance C70 case series. Our review sample sporting a military look, mainly thanks to it's olive drab greenish color, the design of the front panel buttons, the sidepanel lock mechanism and the C70's carrying handles. Let's open the box and explore the Corsair Vengeance C70.

Instead of using the regular screws or thumbscrews, the Vengeance C70 utilises quick release clips. Ammunition boxes use a similar method of securing the top lid. Maybe not as easy to open as a latch equipped version, but it definitely attributes big time to the military feel of this case. The same accounts for the carrying handles, military looks for the win. 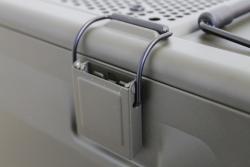 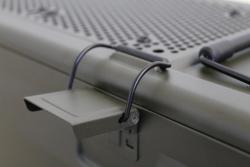 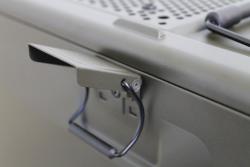 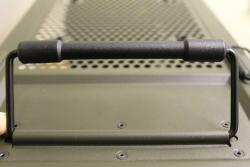 We mentioned the easy cable management on the previous page, on the two below pictures you can clearly see  two of the three clips to securely fix your cables without the need for zip ties or tape. 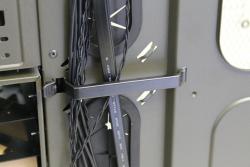 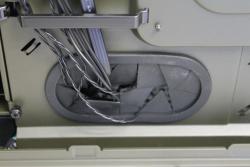 What would a serious gaming case be without adequate ventilation ? The C70 case has got three 120mm fans included. Two are attached to the rear of the HDD bay and not in the usual front postion. And of course the mandatory rear fan to exhaust the heat via the back. 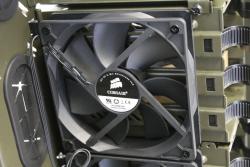 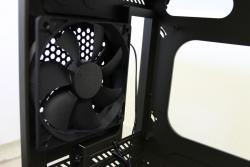 Most gamers and especially frequent LAN party visitors like to show off their gear, hence why Corsair opted to ship the Vengeance C70 tower with a smoked window. With most Corsair cases we are getting spoiled with the little nifty details or let's call them extras. Rubber damped mounting for optional fans are pre-installed. Talking about optional fans, a total of 7 extra fans can be housed in the C70 case. Two in the front, two in the sidepanel, two in the top lid and finally one in the bottom. 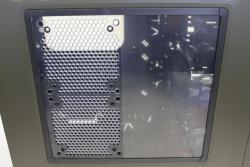 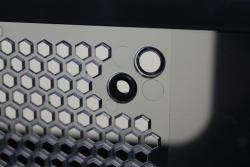 The C70 is ready to house up to two 240mm radiators. But don't even think of fitting in a bulky radiator like a Thermochill rad. Of course Corsairs' own H80 and H100 will perfectly blend in. 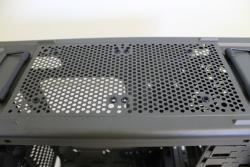 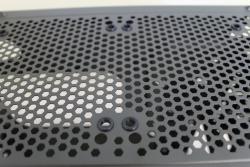