The Open Bench table project is a cooperation between the renown passive enclosure manufacturer Streacom, the enthusiastic streaming media from OverClocking TV and the website that gathers the largest overclocking database worldwide HWBOT.org. The idea is to combine the flexibility of a bench table, yet making it as compact as possible so it can be easily transported and rapidly assembled again on the desired location. Most bench tables lack at least the last two points. Only the Banchetto 101 comes close, needing almost no assembly and being very lightweight for transportation. Yet it is pretty big in size. Hence why the open bench table project might have a few cards upon their sleeves to make it a big success. 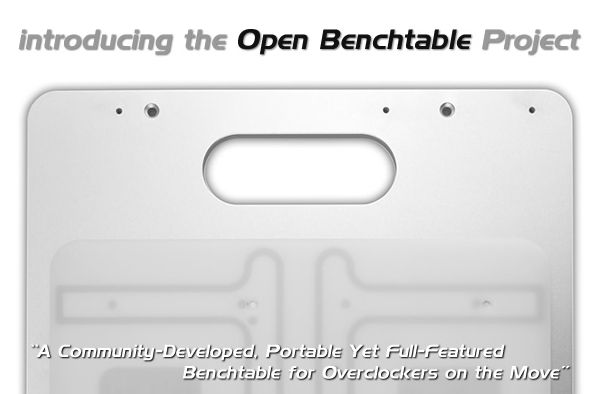 The Open Bench table website reveals not much info besides the names of the three partners, a picture of an assembled setup and the progress bar of the project. Currently reaching 35%, meaning there is still room for improvements, new ideas,... The last is the most interesting part of this ongoing project, as the finalized version is depending a lot on the received feedback.

Let me briefly explain how it all works: HWBOT is hosting 7 stops over 5 continents with their HWBOT World Tour Series. Amateurs are introduced into the world of overclocking by the HWBOT staff or trained by the locally-seasoned Overclockers. The die-hard overclockers also have their playtime during each World Tour event. For each event, Streacom is manufacturing a limited amount of bench tables that can be used by the competitors. While the engineers and wizz kids can have great ideas, the feedback of an end-user is of a huge value for the improvement/evolution of the product. 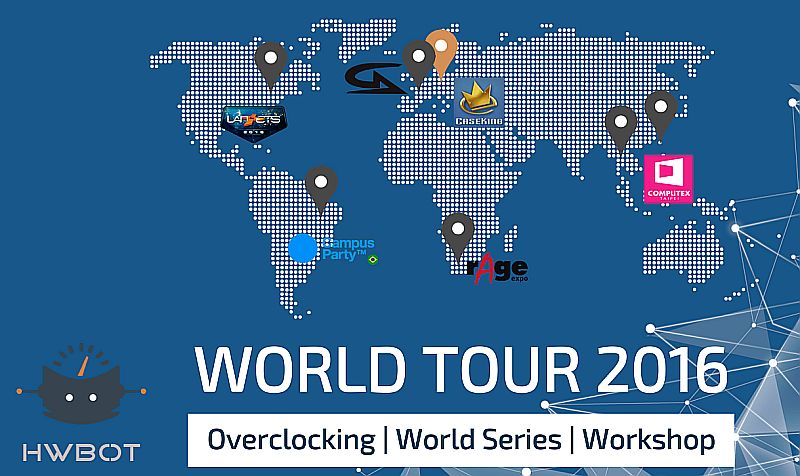 A portable and light benchtable for the travelling overclocker, we designed a benchtable tailored to a globalized overclocking world. It's sleek, light and easy to put together.

Like mentioned in the introduction the above key phrase perfectly describes the ongoing project. Bench tables are handy if you want to achieve a clean and accessible build, being it for reviewing purposes, overclocking, some even use them for daily usage. I must admit that myself as a bencher have distanced myself from using a bench table setup during all these years. The insulated motherboard on a cardboard box or on a sheet of armaflex was all that was needed during most of my benching sessions. While this is quick it also had a lot of inconveniences, the large amount of space needed on a table, as all components are spread out on the surface. Same when using LN2 filled flasks, and yes it has happened to the most seasoned overclockers one can push a flask over the setup leading to sometimes damaged components. A bench table makes your setup more compact, better protected, thus leaving more room for thermal flasks, gas torches, keyboard, mouse,... A clean setup is part of a good benching session.

Without further ado let us introduce you to the upcoming kid on the block: 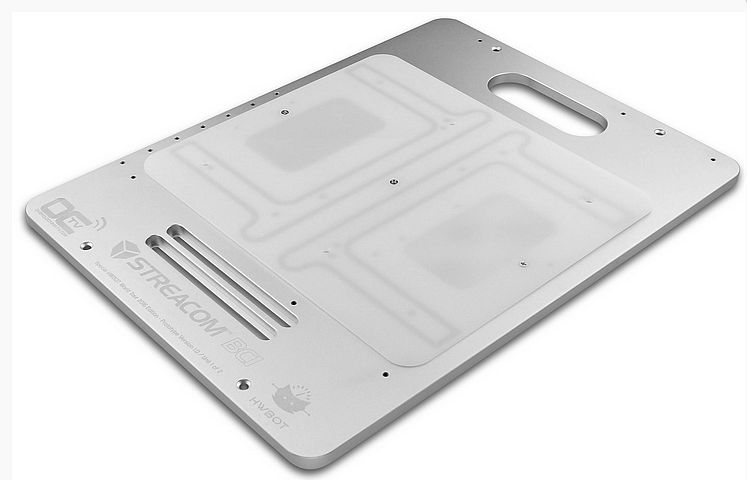 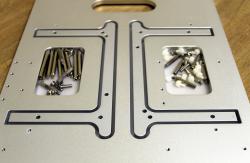 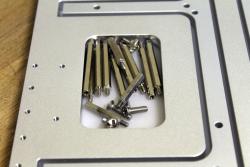 After opening the package, which sported the same dimensions of an A4 sized thin book, we end up with what looks like a thin sheet of aluminum with two white acrylic covers (top and bottom). Removal of one of the latter allows access to the two oversized table legs and mandatory screws for motherboard and multiple graphics card installation. No extra boxes or such needed, everything is integrated and centralized in this clever design. One just has to remove four tiny Philips screws, to gain access to all the included parts; a simple but effective solution. maybe a thumbscrew could be future option for the finalized versions, which will be sold as the Streacom BC1. 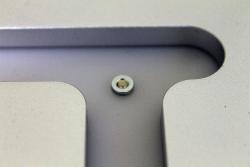 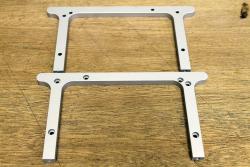 The two table legs are securely kept into position by the tiny inserts shown on the left picture, so no wobbling about while being transported. The two supports are identical twins, with nice pre-drilled cutouts for the screws. Each support is securely fixed by a bunch of oversized screws. The assembly of the entire unit is just a matter of minutes. Even without a manual, you will be up and running in no time. 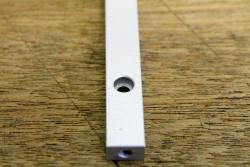 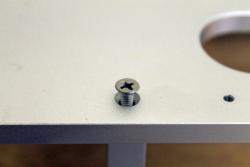