Let's start off with Gigabyte's mainstream offering : the Z77-D3H. Based on the Z77 chipset, this board offers full overclockability of the K skew socket 1155 CPU's. Also full functional RAM dividers, Intel Smart Response, Smart Connect and Rapid Start Technology. Retailing around 125 euro's, this board might not be the cheapest available socket 1155 motherboard.But at least everything is onboard to get some extra performance out of your CPU and RAM. For more info regarding the different X77 chipset types I like to refer to the Ivy Bridge CPU article.

Back to our Gigabyte board : 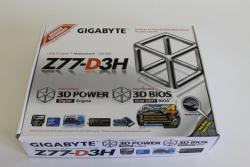 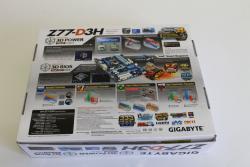 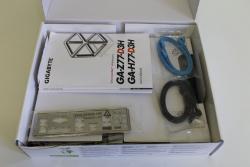 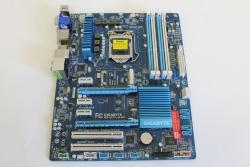 Typical Gigabyte box art. Since this board is mainstream, the bundled accesories are kept to a basic minimum. No extra USB headers, no WIFI,... just 4 SATA connectors, a manual and the required driver CD. Note the blue PCB, typical for the mainstream lineup. High end boards are build on the black PCB, but cheap doesn't always mean cut backs. Still sporting digital VRMs for stable power delivery, Virtu MVP, Crossfire support ( no SLI license however ), Quick sync and the mSATA SSD support for caching purposes. 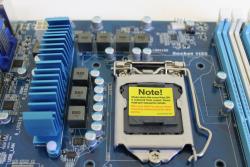 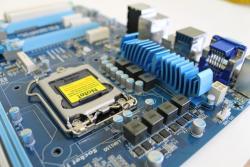 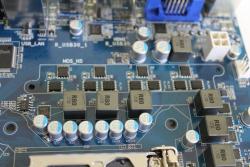 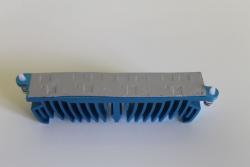 The used heatsinks sports the cheaper push pin solution, instead off the more expensive screw down method. However they have a solid mount, as the print in the thermal tape shows. Dual bios supports ( always handy, if ever something goes wrong ) and the mSATA SSD port. This feature is tested later in this review , to show the benefits of the used Gigabyte solution. 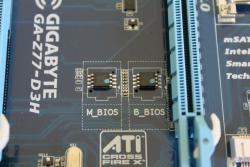 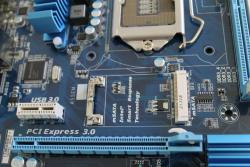 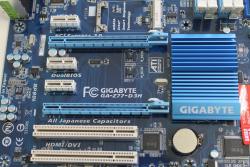 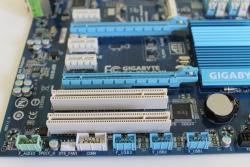 Two PCI Express slots X16, with one running at 16X and one at 4X. According Intel PCI-E 3.0 4X is as fast as the previous PCI-E 2.0 8X technology, so no worries there. For extra expansion cards the GA Z77-D3H has got 3 PCI-E x1 slots; For the older gen cards there's still the option to use the two available PCI slots. The blue SATA 3Gb/s ports are not mounted at an angle alike the white SATA 6Gb/s. A design flaw, maybe to reduce the production cost.  But can be very problematic if you own a graphics card with a big cooler and all the available SATA ports are being used. 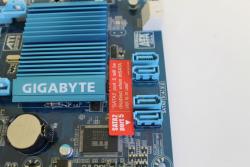 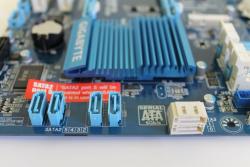 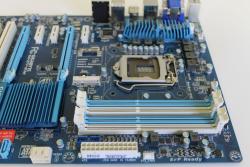 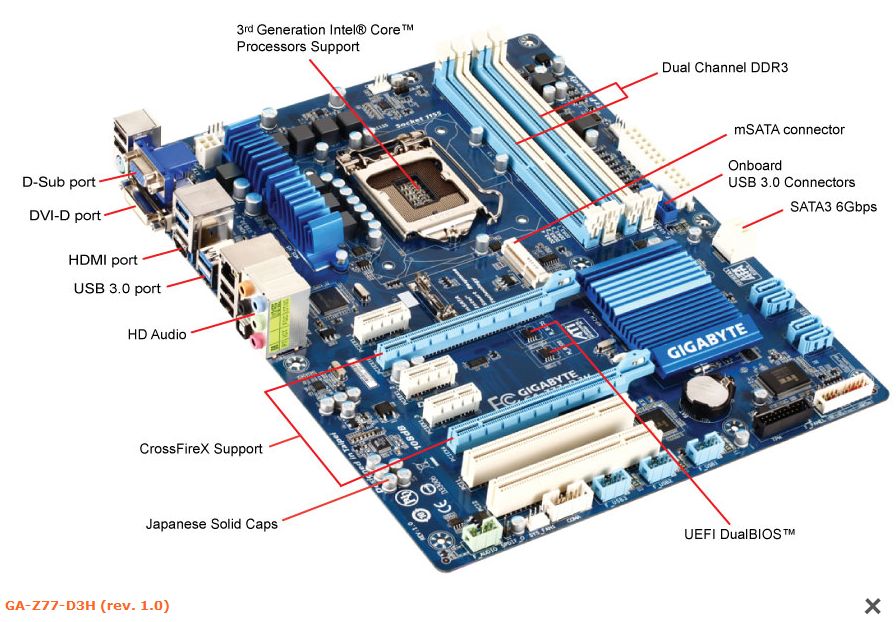 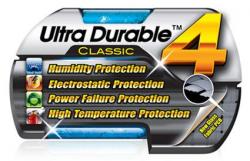