Mostly we cover high end motherboards at the Shrimps due to our enthusiast reviewing nature. However not everybody has the funds to opt for a 200 or more Euros board. Sometimes a balance has to be found between the different components used, to stay below a certain budget. Most compromises have to be made in onboard features. Users tend to cash out more on the fastest CPU and/or GPU they can afford. In builds it's usually with motherboards where cutbacks are done and sometimes even a motherboard with a lower specced chipset is chosen. For socket 1155 MSI offers the budget minded user the choice to be able to buy a motherboard, based on the high end socket 1155 Intel Z77 chipset, yet all at a very affordable price. That's where the Z77A-G43 pops up, time to give the board a spin in the Madshrimps lab.

The MSI Z77A-G43 is one of their entry series boards based on the Intel Z77 chipset. The choice to design this version must be applauded, as usually low end range motherboards are equipped with H77 or even B75 chipsets. Nothing bad with the latter two, but they limit big time the features that the Ivy Bridge CPU's stands for. No multiplier overclocking, no high RAM clocks, no Intel Smart Response Technology supported, just to name a few. 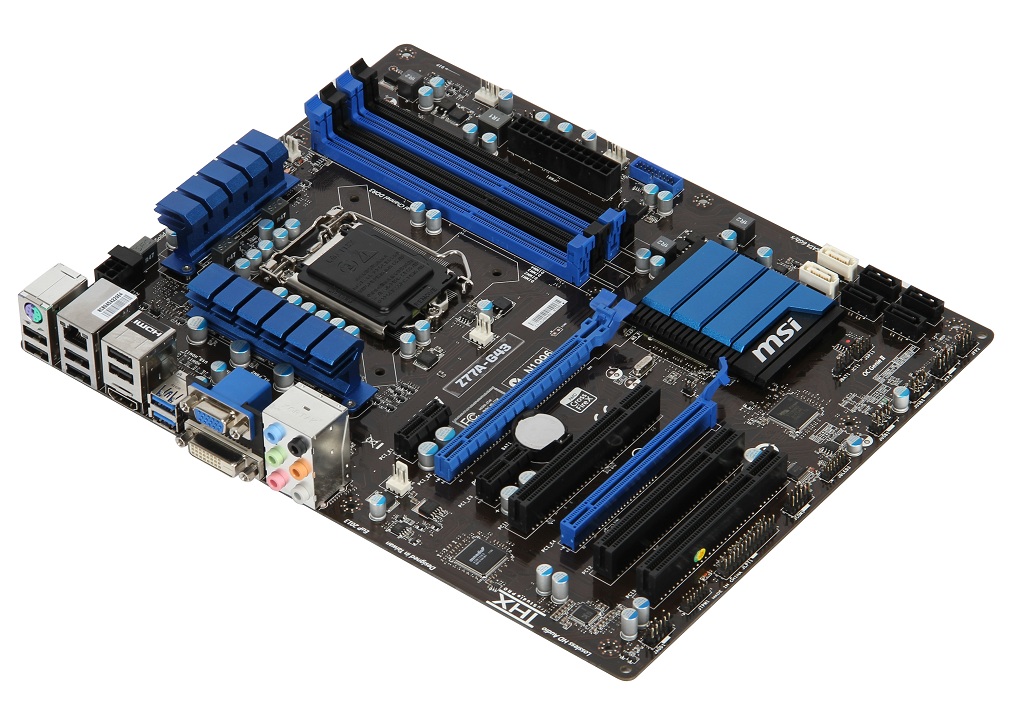 When we look at the mainboard, it's pretty obvious that MSI had to trim down on some of the features we usually find on other far more expensive Z77 chipset equipped mainboards. Focusing at the socket area it's a nice addition to see two blue heatsinks being installed. Even though the Military Class III Components are being used and them being designed to withstand high operating temperatures, it's something that puts most consumers more at ease. Next to the top heatsink we spot the 8 pin CPU power, again a bonus instead of the more common 4-pin versions being used on low end series. 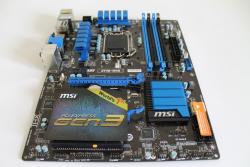 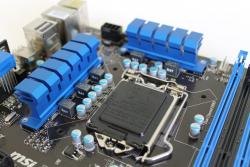 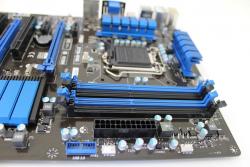 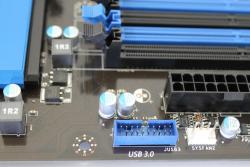 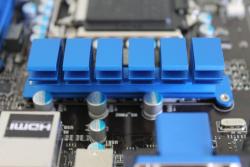 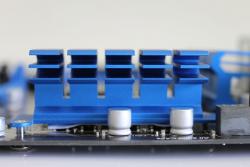 No plastic push-pin mounting system on the Z77 series, MSI uses screws all around, to secure the three cooling heatsinks. The 5 phase power circuitry might look underdesigned, but is more then suitable to provide secure voltages for a decent daily overclock. 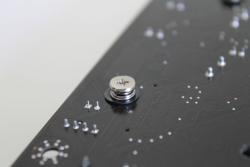 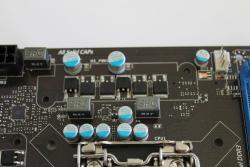 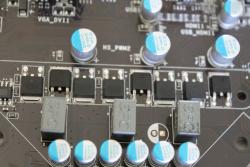 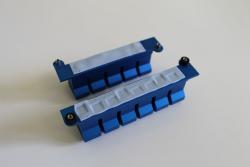 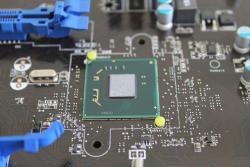 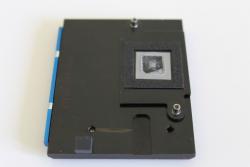 The S-ATA connectivity is basic, meaning we will not find any 3rd party chipset for extra SATA, nor eSATA ports. One of the ways to go if you drastically want to reduce the cost. It's really a shame that these SATA ports are in an upright position, this again represent a cost reduction method. If only the two white S-ATA 6GB/s ports were at a 90° angle, it would have created less chance of interfering with large graphics cards. 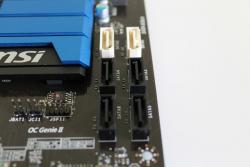 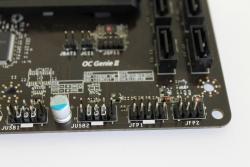 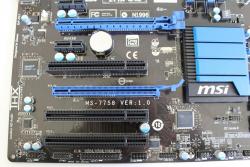 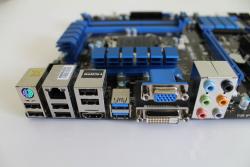 The back panel got the most vital components onboard. A PS/2 keyboard/mouse combo port, 6x USB 2.0 and 2x USB 3.0 ports. A Gbe lan port powered by a Realtek RTL8111E chipset. The Audio chipset is also from Realtek, namely the ALC 892, supporting 8 channel audio with jack sensing. Three display ports: a HDMI, VGA and DVD-D port got you covered.