Let's take a quick look at the Z77 aka Panther Point chipset. With each new CPU generation Intel coincides it's launch with a brand new chipset. 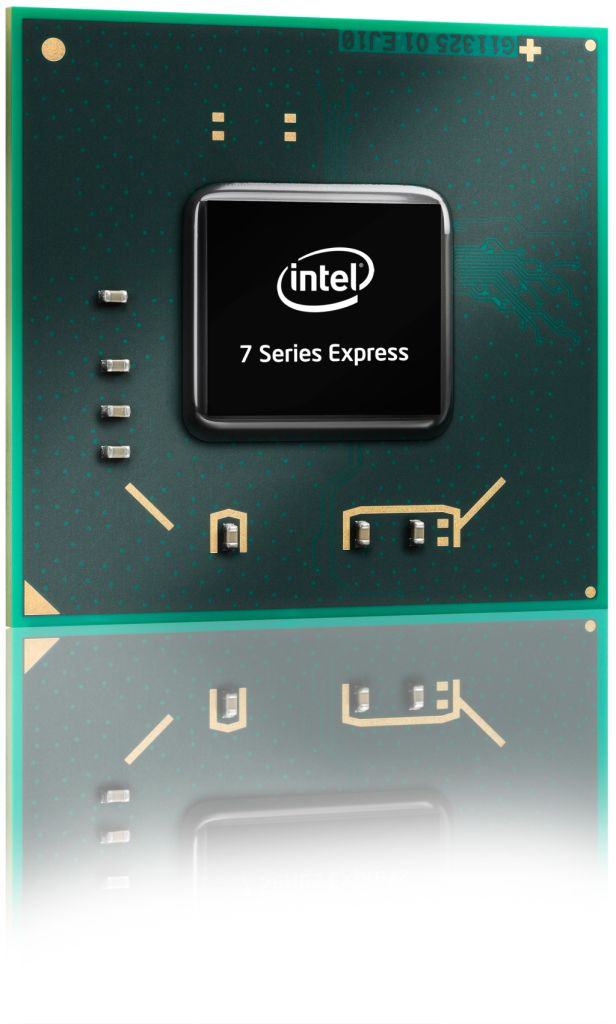 Biggest innovation is the electrical support for PCI-Express 3.0. We say electrical support as the PCI-E controller is in the uncore part of the processor. So it's not a part of the Z77 chipset. On P67 or Z68 the 16 PCI-E lanes were just split up over the needed PCI-E cards. If you had one GPU, it would receive the full bandwith of 16X PCI-E 2.0. When going SLI or Crossfire each card would get 8X PCI-E lanes at it's disposal. 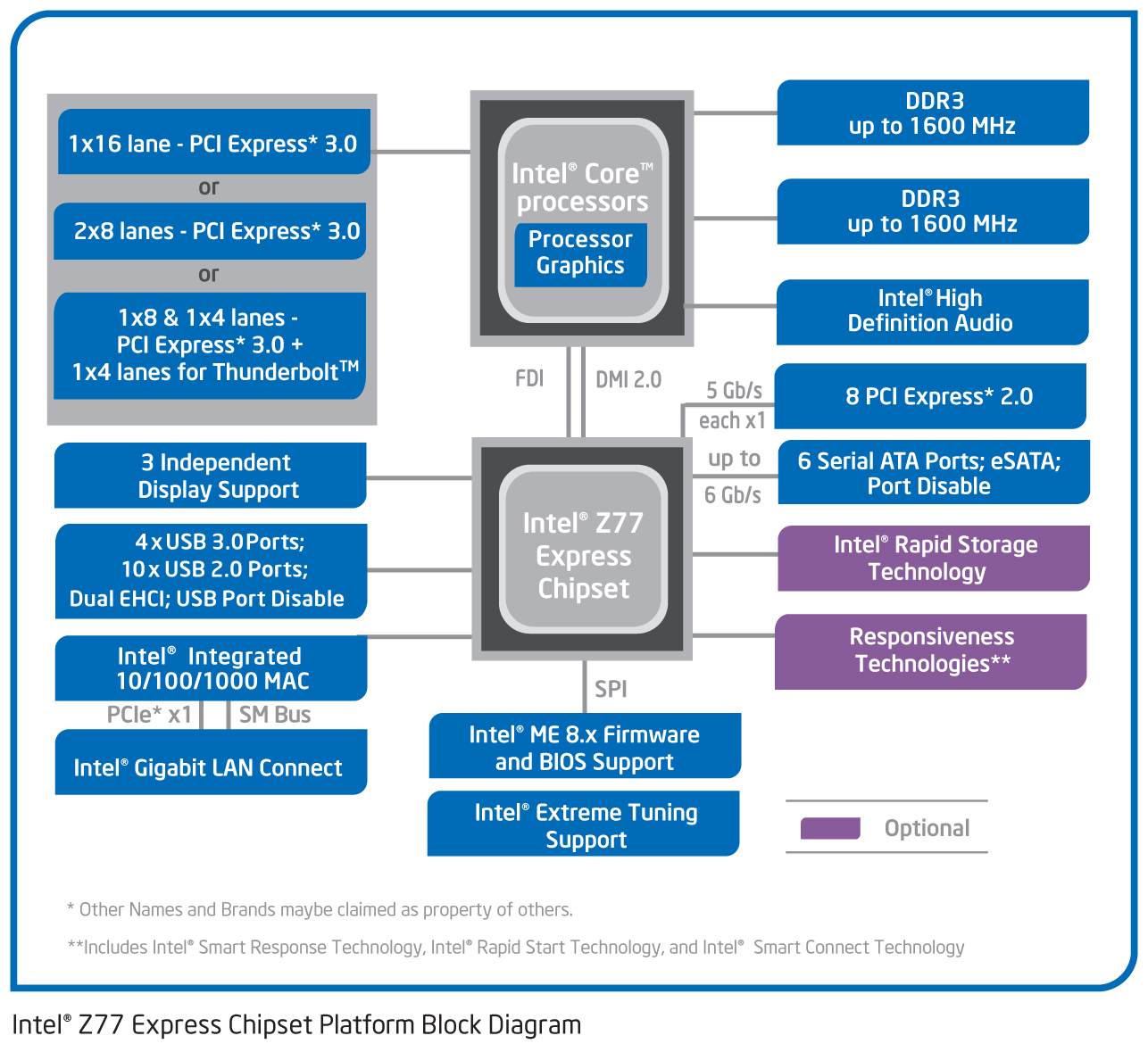 New is the mode to work with 3 GPU's, with the lanes divided over one time 8X and twice 4X times. According Intel PCI-E 4X gen 3.0 is as fast as PCI-E 8X Gen 2, this in combination with a PCI-E 3.0 compatible GPU. Sadly this mode is only supported when utilising an Ivy Bridge CPU. So when using a SB CPU on a Z77 motherboard you still will have PCI-E gen 2.  On Z77 an Ivy Bridge CPU can steer up to three monitors via the HD2500/4000 iGPU. The Z77 is the flagship chipset, there are other variants that have limited capabilities for overclocking, RAM divider support, Multi GPU support, etc... 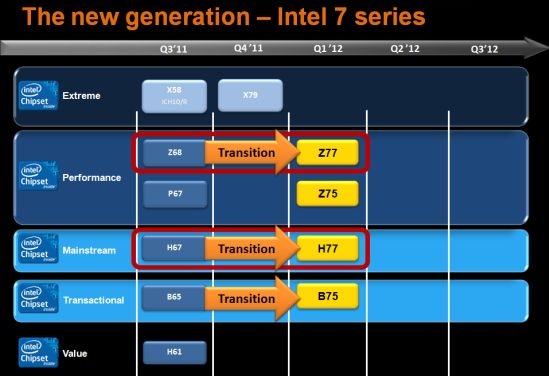 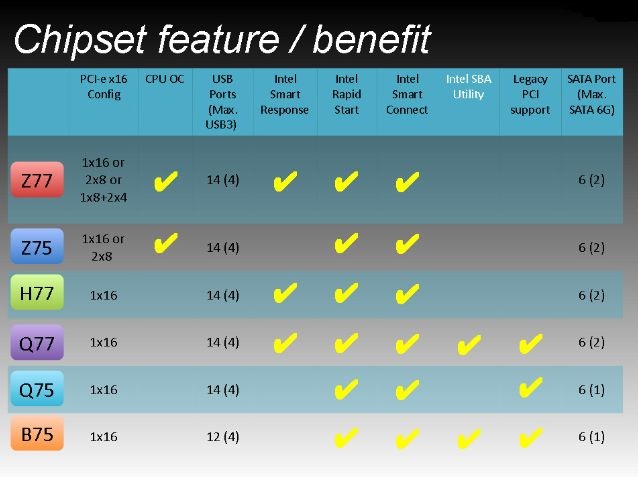 The above graph shows more than a thousand words could do. For the overclockers chipset of preference will be the  Z77 or in worst case budget limited scenario the Z75. The rest of the chipsets will be more targeted at the mainstream or OEM market.

The supported RAM has gone up from DDR3 1333Mhz to DDR3 1600Mhz. When we took an in depth look at the Sandy Bridge dividers, we concluded that for most applications 1600mhz was a good midway between performance and budget. Maximum supported ram divider then was 2133Mhz, even though some boards had a 2400Mhz option in the bios. However close to no retail CPU was able to boot with it. When pairing an Ivy Bridge CPU with a Z77 board you have the choice to go up as high as DDR3 3200mhz. But Intel didn't stop there and also included 200Mhz dividers. The whole RAM divider range now goes from :

Plenty of choice wouldn't you say ? This means that the IMC ( integrated Memory Controller ) of the CPU has got a lot of potential. Too bad the extra dividers aren't available when using a SB CPU on the Panter Point platform. Below some bios screenshots from the Gigabyte board : 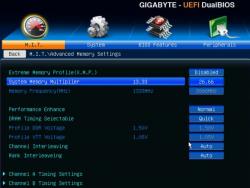 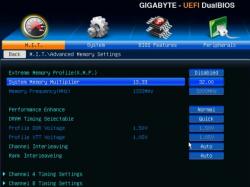 Interestingly enough on some P67/Z68 the 2400Mhz RAM divider works with an IVY based CPU. Till now looking at our CPU's we have tested it seems DDR3 2600mhz RAM is easy peasy. However our i7-3770K ES CPU had big issues with DDR3 2800mhz RAM speed. While it's little brother the i5-3570K wasn't even breaking a sweat at DDR3 2800mhz. Question remains if these insane RAM speeds bring more performance. As with SB we saw the performance scaling after DDR3 1866Mhz was minimal. Intel sticks to XMP 1.3 RAM sticks, so nothing new there.

Sadly no evolution in the number of S-ATA ports. Still two S-ATA 600 and four S-ATA 300 ports steered by the PCH. Similar to the Z68, you can use a SSD for caching purposes. Intel baptised this feature : Intel Smart Response Technology. Gigabyte boards even have an onboard mSATA slot, to allows for cheaper mSATA SSD's. Interesting technique of approaching this SSD caching. In case you opt to use an SSD in your PC, the Intel Rapid Start Technology allows you to boot from standby mode in under 5 secs.

Last but not least there's Lucid Virtu MVP. But we are still testing this software as it gives a tremendous boost in 3D benches and in some games. We mention some games, as some even get slower and more jerky. Here are some screenies of the software GUI. 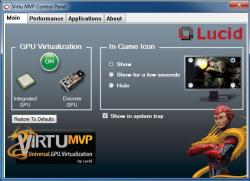 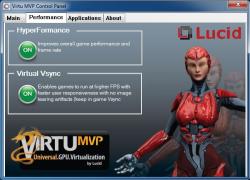 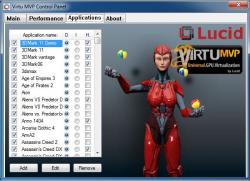