Antec, one of the biggest case manufacturers on our humble blue planet, has recently upgraded their cheap entry level gamers case, the Antec Three Hundred. The new version is simply baptised as the Three Hundred Two. The predecessor was one of Antec's best selling chassis, but Antec had to bring their little 300 up to 2012 standards. No quickly removable HDD bays, no tool-less optical drive bays and cable management was close to non existent. Logic design flaws as the original Three Hundred enclosure already dates back from 2009. Let's open the box and see what the Antec engineers came up with.

After removing both the sidepanels the innards are revealed. The engineers have completely overhauled the Three Hundred's design. To cut costs Antec hasn't black coated the interior. 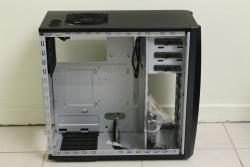 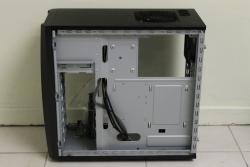 On the left you see the new version Two, the right the original Three Hundred design from 2009 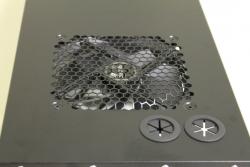 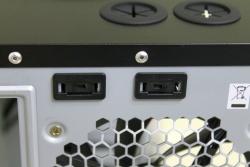 The Antec Three Hundred Two has got two TwoCool 120mm fans installed. At low setting spinning at 600rpm, at full blast at 1200rpm 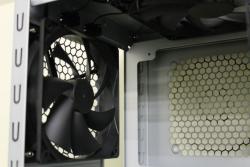 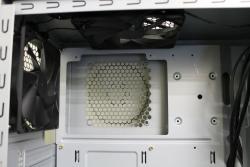 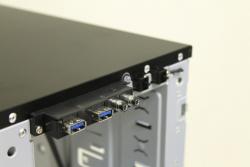 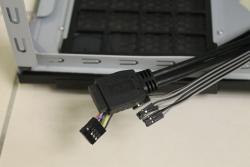 USB2.0 has been replaced by USB3.0 ports, Antec decided to opt for only the direct connector on the motherboard. Sadly no USB3.0 to 2.0 adaptor is included. The other cables are grey coloured, a little touch of class.