Full tower cases are usually needed by end users that needs tons of storage capacity. Or by watercooling fanatics that need adequate space to house all of their huge radiators. Sometimes you don't have any option besides to go for a full tower case, as your motherboard's size is out of proportions. A few of those particular motherboards might be Intel's Skulltrail, eVGAs SR2/3 motherboards or even Gigabyte's X58 UD9. Due to their XXXL ATX size, only full towers need to apply for the job.

Todays Elysium is Xigmateks high end full tower chassis, ready to take on any big size motherboard you throw at it. Fully ready to be fitted with your favourite watercooling gear. Looking at the specifications, most options are well covered. Loads of storage space and ventilation are straight warranted out of the box. Time to open that freaking huge box and have a look at this full tower offering.

The cooling and other features

The Elysium , out of the box has two front 120mm fans fitted. One per HD cage bay,  maximising airflow directly over the Hard Drives. The picture on the right, taken from the front, shows the sidepanel fan and the rear fan. Also note, the supporting brackets for extra rigidity for the front part of the case. 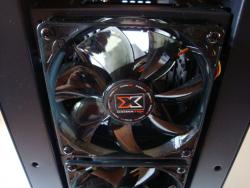 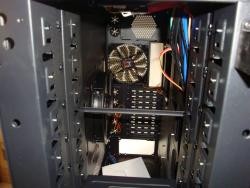 The sidepanel fan is a huge 200mm version. All fans are equipped with white leds for that little extra bling bling factor. Don't worry about motherboard fan connectors as all fans can be hooked up to a nifty power adapter. So no need to hook them up to the PSU either. Xigmatek supplies two premounted for a total of up to 8 fans. 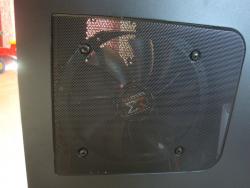 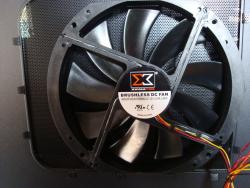 The rear fan is ready to exhaust the hot trapped air. too bad there are no top fans included, that would have maximised the air cooling capacity of this case. 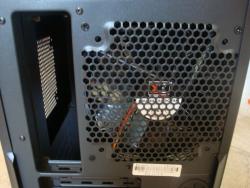 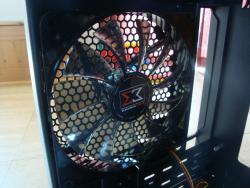 The top of the housing is ready to accomodate more fans : either opt to go for up to 3 120/140mm fans. Or go wild and install two 200mm fans. We fitted Corsairs H100 in matter of minutes. All will depend whether you opt to mount one or two PSUs. And if you prefer it on top or on the bottom of your case. 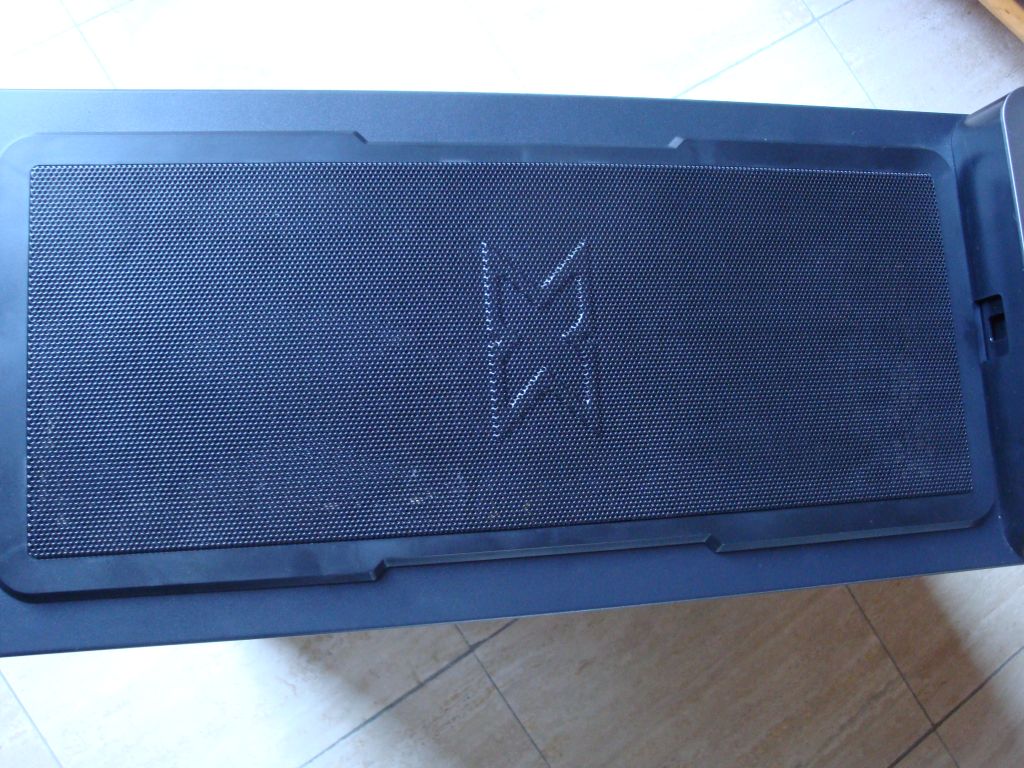 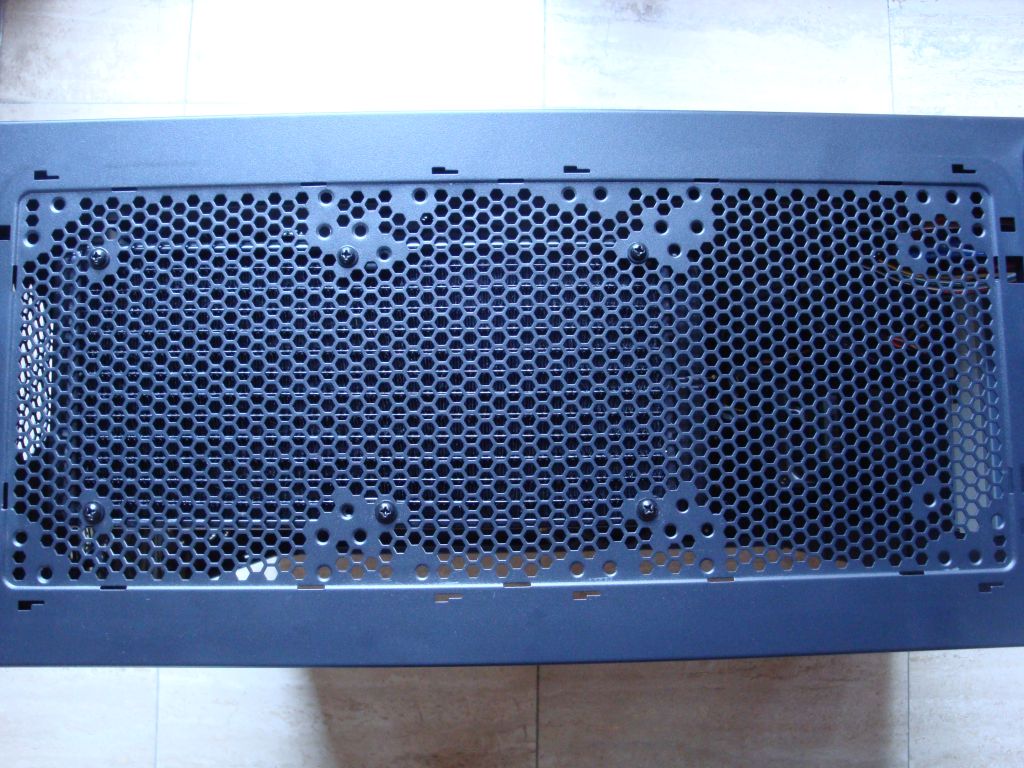 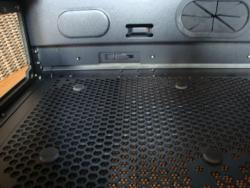 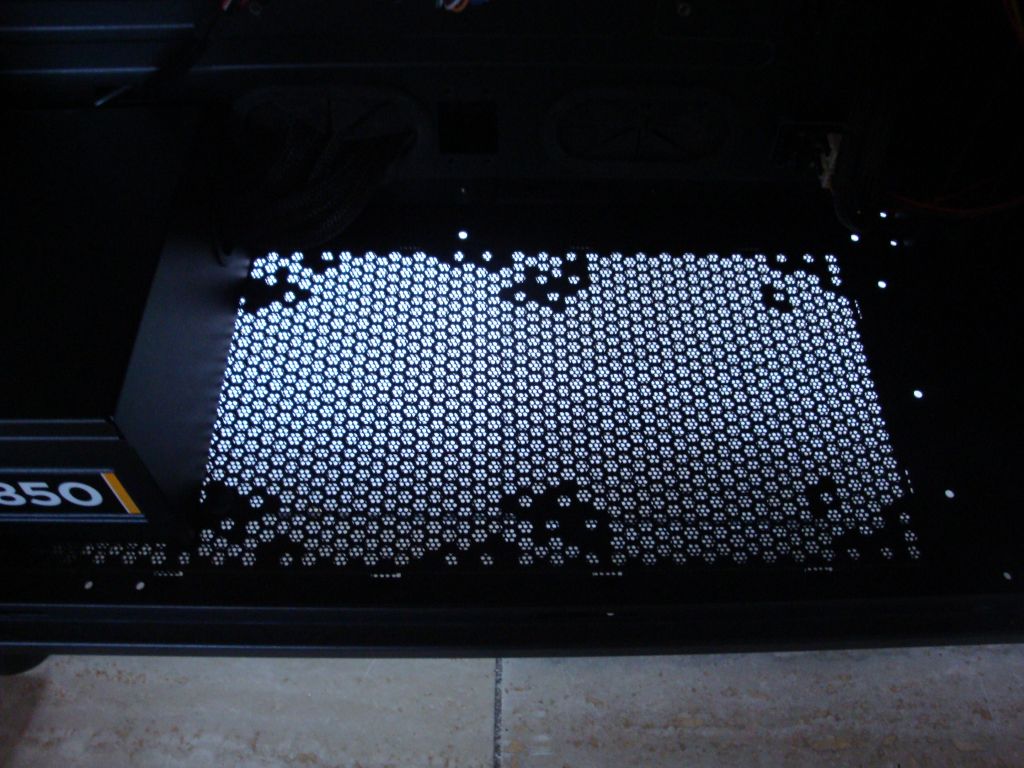 The power supply is supported by four rubber grommets. Installing long power supplys is no issue as this case got room to spare. With a normal PSU installed there is still room for a 200mm fan or two 120/140mm fans. This case has got massive air flow potential.