Got a chance to test Intel X25-M G2 160Gb SSD; Dropped it in a laptop , Dell Latitude E6400/2Gb as well as Dell Precision/X5560/4Gb system. The desktop was run unencrypted, the laptop tests were run with full disk encryption (Utimaco Safeguard Enterprise).

The outcome on the desktop system was pretty much as expected, read speeds for the SSD were always superior, only when write speeds were tested, sequential write speeds, the HDD won. Random I/O the SSD crushes the competition.

On the laptop, were the SSD was supposed to provide a sweet performance boost, things were less encouraging. Without encryption the SSD acted as seen in our SSD vs HDD movie here

Once the drive was encrypted though... what a difference... the write speeds dropped horribly, the read speeds were a far cry from what to expect. In short, with encryption enabled I didn't notice a difference between the SSD and HDD laptop. Benchmark tools were limited in their efficiency as the encryption driver is quite low level, read tests were not possible, only ATTO worked "a bit" turning in 30-35Mbs/ read speeds on the SSD. Write speeds were measurable by using FC-test and creating the different file patterns, the results: 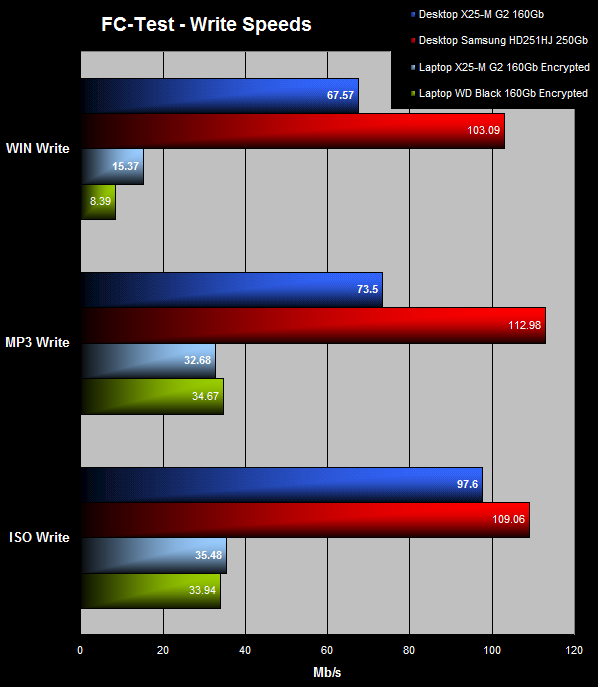 on the desktop workstation I was able to run HD Tune; To put extra stress on the I/O I launched 4 sessions of HD Tune Read speed at the same time, the SSD completely destroys the HDD here: 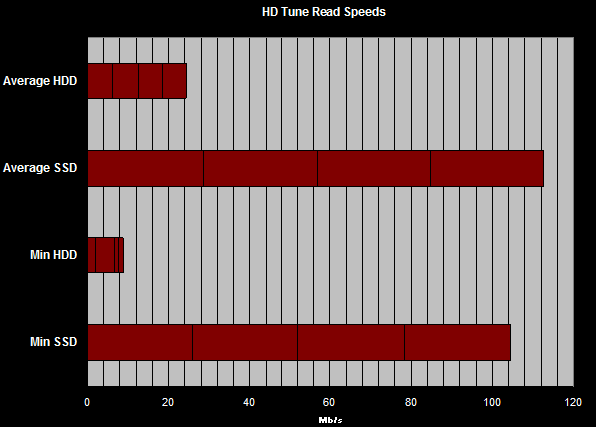 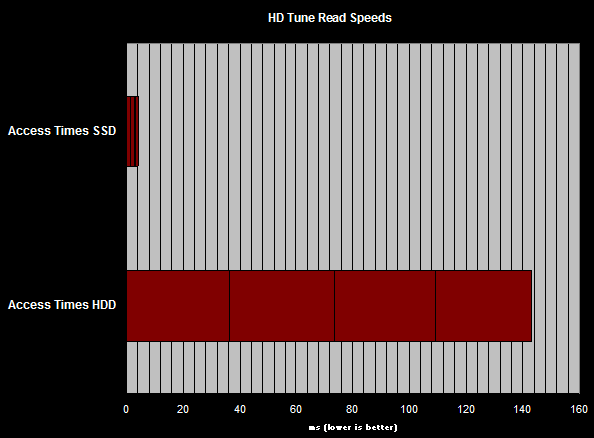 Unfortunately on the laptop system with Utimaco Safeguard (full disk encryption) performance is too similar to a normal HDD to justify the expensive storage. Most likely the Utimaco software will have to be patched/tweaked for SSD usage to take advantage of its performance, currently all read/write actions pass through the encryption driver, causing the bottleneck, and it's not CPU bound either, it never goes over 10% during heavy file transfers...

was quite saddened to see these results. So be warned if you have full disk encryption and want to invest in SSD.

What DOES work better is an encrypted volume for your DATA only, using truecrypt or similar, leaving the OS/Apps unencrypted on the SSD. But that was no option for me.