Thermaltake has been around as long as most of us can remember. This is a compliment to product innovation, expansion and longevity. Today we test a PC chassis poised to change the shape of things to come 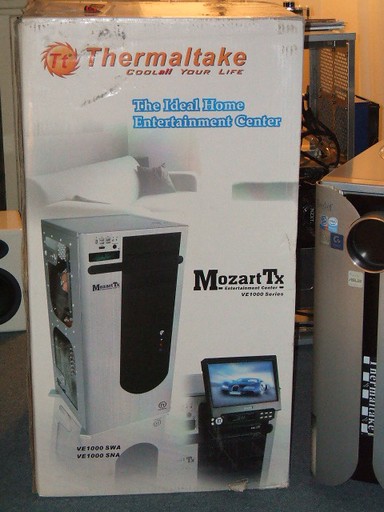 I knew the box Mozart Tx would be shipped in was large. You can get an idea of just how large it is when placed next to a Kandalf VA9000SWA. 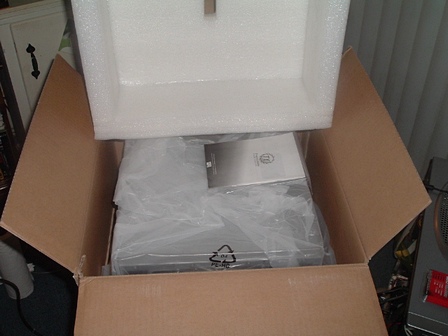 I anticipated a hard time removing such a large chassis from its box. I was, however; pleasantly surprised with the weight which was not too bad at 9.5 kg. Out of the carton Mozart Tx features a brushed aluminum faceplate and smooth aluminum side panels, which resemble and act more like doors. The area shaded in black is an aluminum mesh serving as the primarily "passive" intake for the case. Every square cm of the black mesh has an easily removable fine plastic filter which traps dust almost as well as foam and can be quickly washed and air dried. There are a total of four 12cm vents on an internal panel just behind the brushed front panel. 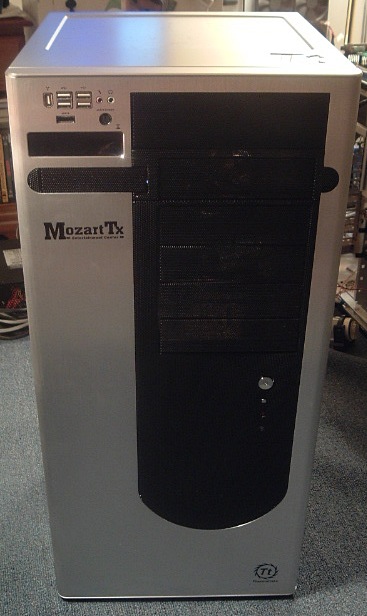 Thumbnails below show examples of the front panel peripheral connectors, foam filter covering for the open 3.5" port, a front mounted intake fan in the primary system chamber, and the fan type used in the Mozart Tx. Thermaltake has used Hong Sheng model marked TT-1225 in their cases and coolers for sometime now.

Reversing Mozart reveals a total of five 12cm vents with a single 8cm vent located below the PSU mount. Five 12cm vents provide the End-user with a rather healthy option for fan combinations and mounting dual radiators internally or externally. We will show many options for this later. 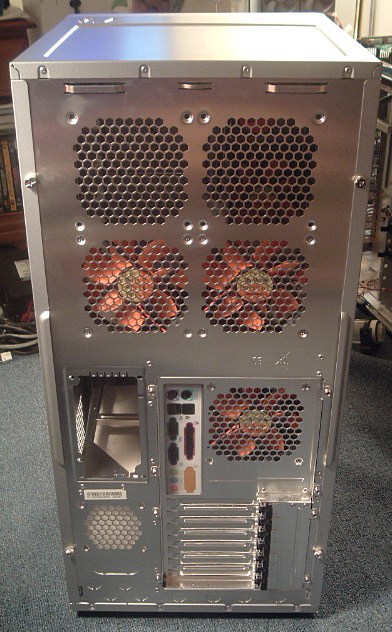 While Thermaltake specifies Mozart Tx supports ten 12cm fans in total, that figure is incorrect. There are two more vents at the base of each side-panel for a total of twelve 120mm fans. These allow additional airflow either passive or active, intake or exhaust, into each motherboard (and mini-ITX / PSU) chamber as shown below. 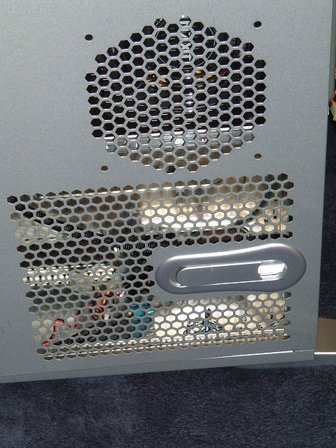 With almost 700mm from the top optical drive to the bottom of the case, extra length SATA and IDE cables are provided, unfortunately there is only one of each. As seen below Thermaltake also provided different smaller bags with mounting hardware for all scenarios. 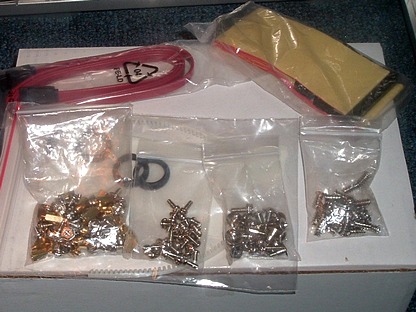 Primary motherboard and HDD chambers...
Comment from shaolin95 @ 2007/12/06
Would it be possible for you to try that Q6600 with the Mercury Pro WC reviewed recently?
Thanks!