In cooperation with Scythe the Madshrimps are organizing a MAD give-away of five Mine CPU Coolers. We´re not only giving them away, be will come by personally to deliver them and report back with the temperature and noise results. MAD Movie coming your way!

Hit the Play Button to start the Fun


The temperature results in the movie above flashed by quite quickly, so we’re going to give a bit more detail here.
The first winner featured was: 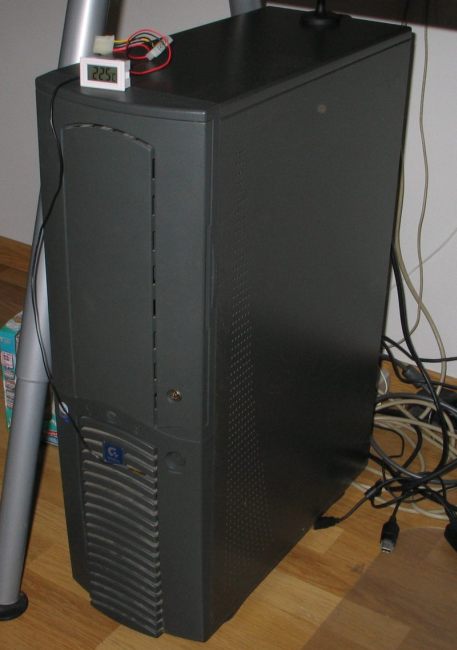 In this case he had an Intel E6400 configured to run at stock speeds, the Intel CPU cooler kept the CPU at 68°C during full load test and caused the CPU overheating alarm to trigger; not very “silent” to work next to? With the Scythe Mine installed the CPU temperature dropped a noticeable 9° to 59°C. Noise wise the VGA card cooler remained the loudest component, the quieter CPU fan did drop dBA readings ~2dBA; not very noticeable.

Our second winner had a flashier case with E6400 at stock speeds too: 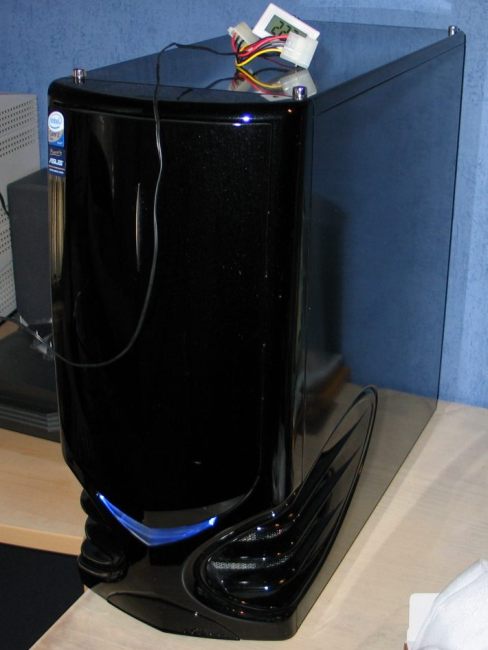 With the stock Intel cooler the CPU temperature crept up to 63°C, those temps dropped to 56°C, good for a 7°C drop. The dBA meter failed to pick up a difference because of a loud power supply fan.

While quieting a computer system does include swapping the standard CPU cooler, it’s not the only step you need to take, loud VGA card coolers, case fans and power supplies can account for a large portion of the noise. We have a guide here on silencing your system, from hair blower to whisper quiet.

The Scythe Mine CPU cooler was easy enough to install, but might require motherboard removal if you can’t access all four push pins on the mounting bracket.

Turn the page to check out the 2nd movie!
Comment from SuAside @ 2006/12/21
Quote:
i'm guessing that quickly installing the stock HS doesnt count?

Comment from SAMSAMHA @ 2006/12/21
aw, I am out of luck 'cause I live in hte US. I wish I could replace my sucky intel hsf with this awesome hsf.
Comment from jmke @ 2006/12/21
if this contest turns out well, maybe we can do something more international

. I realy need money for a new pc + laptop

Comment from SAMSAMHA @ 2006/12/22
it's true. I guess finally Belguin people got something cool and that's not chocolate

Comment from Rutar @ 2006/12/22
Since you have such good connections with Scythe, could you aks them if they have thought about supplying more mounting clips for the Ninia and Infinity so dual 120 setups would be possible?

it could be decicive vs Thermalrights new cooler that takes 2 120mm fans in a XP-120 like setup
Comment from SuAside @ 2006/12/22
Quote:
we always had the beer as well

(belgian for the person and belgium for the country btw

. Somehow I didn't notice this contest

We will be contacting the people listed above this week to find set things up when we can drop by.

Comment from Jaco @ 2007/01/29
congrats to the winners !!
Comment from Lijkkist @ 2007/03/11
It was really nice to have JMke over here to install the cooler, cant wait to see the video-stuff etc. I do have to tell that when i closed my case the noise level dropped some more

Comment from jmke @ 2007/05/13
Part 1 of the video shoot has been edited by Robert Renders (PC__Eend) into a (hopefully) entertaining movie: http://www.madshrimps.be/gotoartik.php?articID=527 (check page 2)