After spending more than a month with this Nine Hundred Gamers case we stress tested it with different system to find its strong and weak spot, read on to see if this new Antec case is worth your money.

Antec has produced some very popular high end PC cases geared toward power users who like to keep things quiet, their P180 and P150 integrate a series of effective noise reducing features with success.

Of course not everybody is as “obsessed” with silence; many people can easily work/game/… with the noise of spinning fans and hard drives present. To accommodate high end but price conscious users Antec has engineered the Nine Hunderd (900) PC chassis. 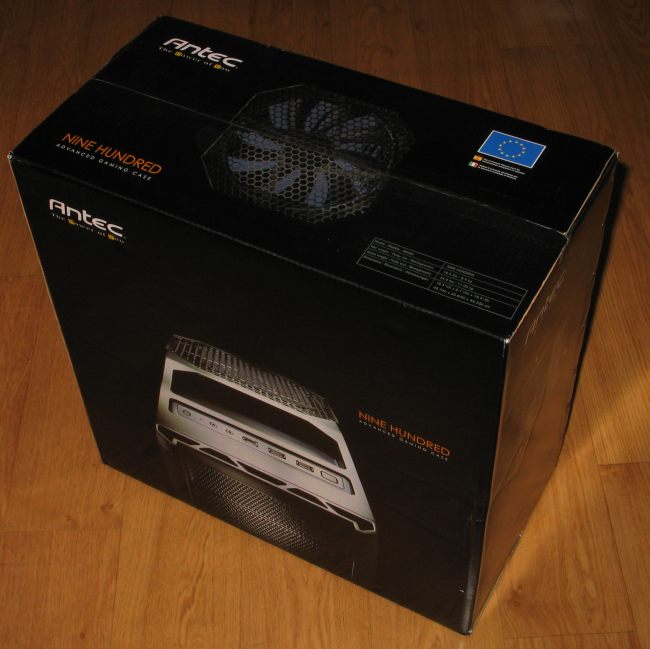 Introducing the Antec Nine Hundred hardcore gaming case. Now you can own any noob ever spawned with this ultra-mean case in classic black finish. We know your gaming hardware produces a lot of heat, that's why the case is built for maximum cool with a perforated front bezel, three 120mm fans with mounts for even more fans, and a monster top-mounted 200mm fan that's right, we said 200mm! The versatile Nine Hundred is maximally customizable to fit your needs. The modular design lets you modify the placement of the front fans and hard drive cages. There's even a tray on top for your mp3 player, digital camera, or that spare illudium Q-42 explosive space modulator that you have lying around. Be the envy of everyone at your next LAN party, impress your friends, and just generally show everyone that you are the ultimate master of all time with the Antec Nine Hundred!

The Nine Hunderd series is Antec’s new Gamer orientated case, gamer in this case being: airflow and good looks. The 900 comes with 4 fans pre-installed, one of them a gigantic 200mm beast which is integrated in the top panel. 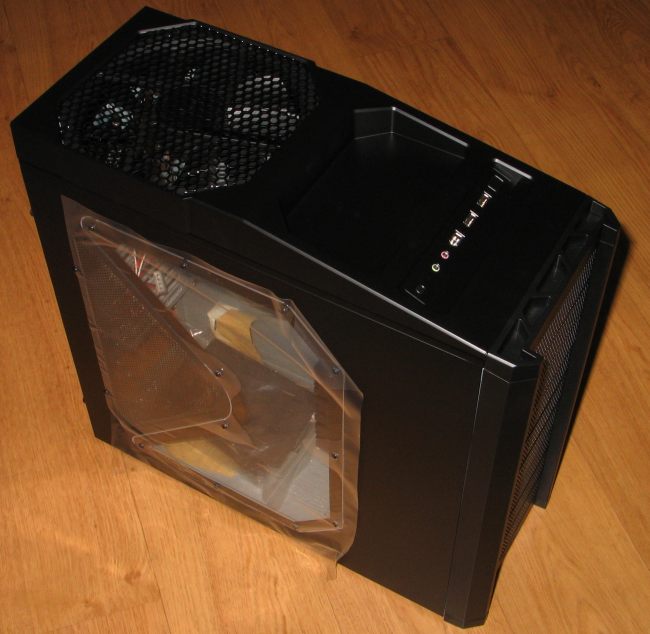 The front of the case is module based where you can swap position of 5.25” and 3.5” devices freely with the help of the included HDD drive bays and custom front plates. 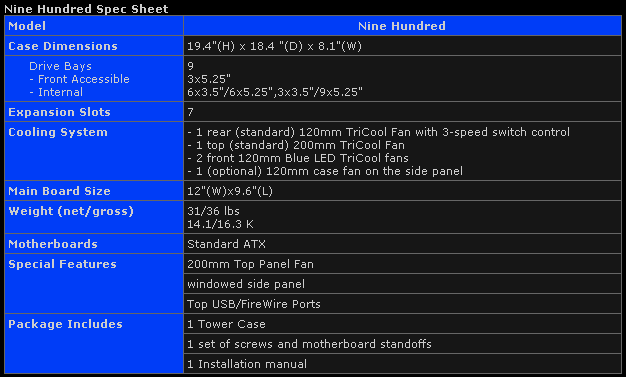 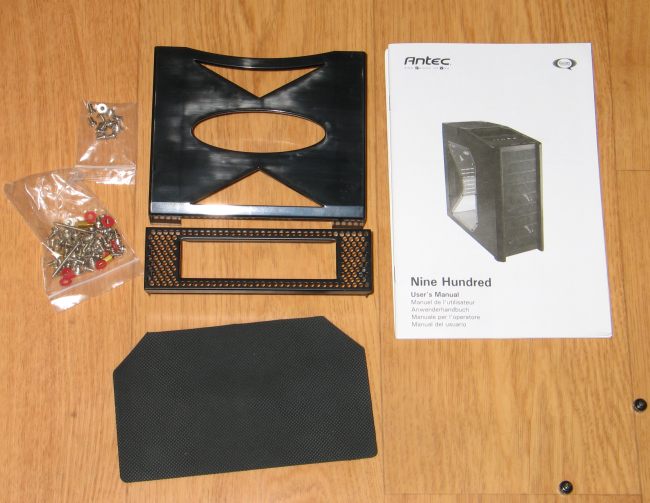 The 900 series has plenty of space for a mid-tower case, although it does measure a bit higher than the other mid-sized cases I’ve seen from Antec; in the photo’s below you can see how the Nine Hunderd compares in size to a 2L Coke Bottle:

Let’s take a closer look on the next page ->