We compare nine different Intel socket 775 heatsinks from Thermalright, Zalman, Titan, Scythe, GlobalWin and Thermaltake in our latest roundup. Can they prevent a Pentium 4 Prescott from melting without ruining our ears? Let?s find out.

Our focus at Madshrimps the past year has been on heatsinks which were mainly compatible with AMD’s S939 (if they had S775 compatibility, it’s was a nice bonus, but nothing more), and with good reason, as this is (was?) the most widely used enthusiast platform. With the release of a new AMD socket (and mounting bracket) and an upcoming new contender from Intel there might be a shift to the Blue Camp.

The Intel Core 2 (previously known as Conroe) Duo/Extreme will come in LGA775 flavor, at the moment only two motherboards offer support for the new core, the Intel i975X “bad axe” rev304 reference motherboard and the MSI 975X rev 2b. It also means the mounting method for the air cooled heatsinks will remain unchanged compared to Pentium 4 CPUs.

And so we venture into the S775 realm for heatsinks for the first time since January 2005. In today’s roundup I’ve focused on S775 only heatsinks, this includes special versions of heatsinks we tested in the past on S939, but exclude most heatsinks which offer multi-platform compatibility. 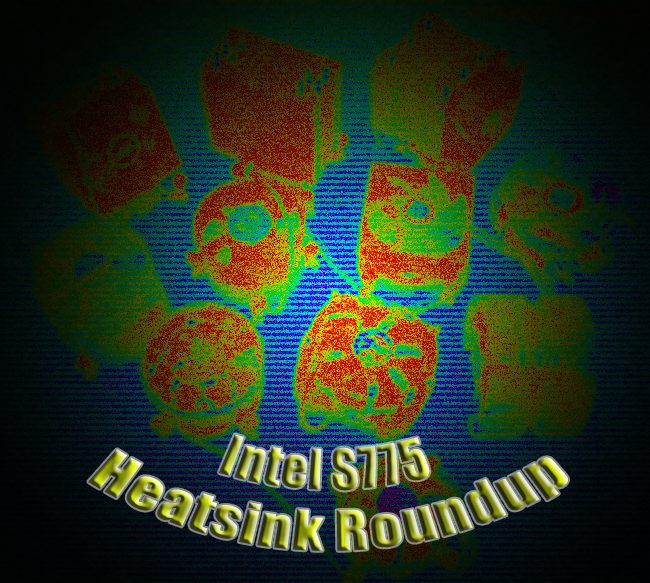 What we have in store for you: