We compare nine different Intel socket 775 heatsinks from Thermalright, Zalman, Titan, Scythe, GlobalWin and Thermaltake in our latest roundup. Can they prevent a Pentium 4 Prescott from melting without ruining our ears? Let?s find out.

Intel and the three Titans 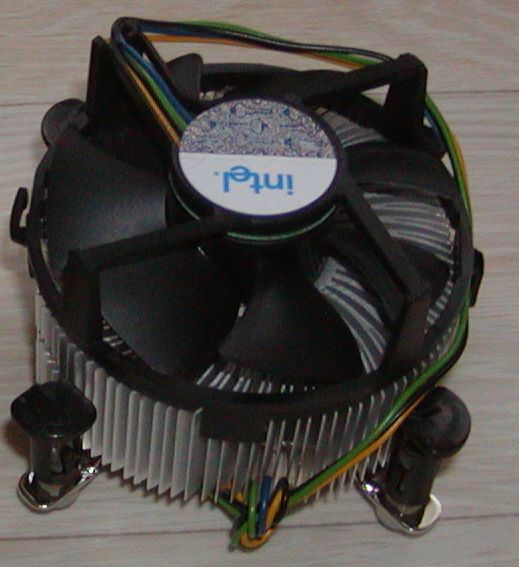 Intel?s own solution is relatively small and uses the 4 push pins for easy installation and removal. The fan on the unit is temperature controlled, at lower settings it?s quite silent but once the heatsink heats up the fan?s rpm will increase to ~5000rpm and becomes very loud. The fins are made from aluminum while the core is made from copper.

This cooler we received without a retail packaging, it?s an earlier sample of the unit which has now been superseded by the newer TTC-NK34TZ version, the main difference is a modified fan.

So what we have here is a 3 heat pipe tower cooler made to fit S775, its aluminum fins provide a light-weight construction, the included fan is 92mm in size. The fan is closed frame model, the ?Z? version comes with an open frame model. 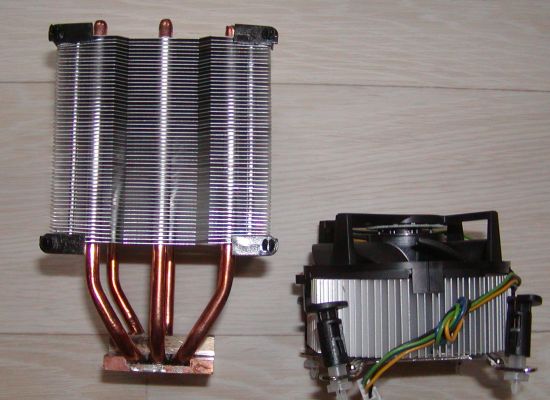 In the package I found S775 mounting gear and a small tube of thermal paste.

Installation is not too complicated but does require removal of the motherboard, something which is not required with the majority of S775 coolers tested today. An X-plate with stand offs at each end fits through the mounting holes around the socket, this plate is mounted through the back, a second X-plate is then used to squeeze the Titan heat pipe cooler in its place. The screws used are large and can be installed without tools (much like thumbscrews).

The biggest drawback for installation is the motherboard removal, once that is taken care of everything else is straightforward.

The DATA COOLER is an OEM product made by Titan, it looks quite similar to the stock Intel heatsink, the aluminum fins are slightly higher and the fan is bigger, the core is also a copper insert. 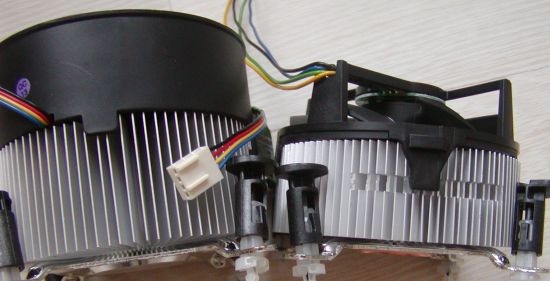 Installation is plug and play as it uses the same mechanism as the Intel stock cooler, in the box there is a small bag of thermal paste.

The third unit coming from the Titan camp is again quite similar to the Intel cooling in design; the differences are more visible though, mainly because the aluminum is colored black 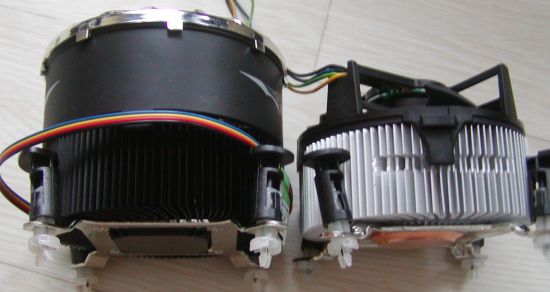 Installation is plug and play with the use of the push pins; the fan grill has a custom design and is quite special. Unlike the stock cooler though it doesn?t have a copper insert at the base, this heatsink is 100% aluminum.