Madshrimps is proud to test-drive a renewed phase change cooling unit from E.C.T. With temperatures reaching a stunning -70?C there is almost no better way to turn your CPU into an ice-cube. This article is all about overclocking and not overcooking your system! 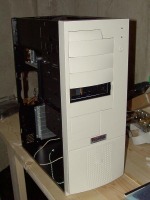 Some time later a company called Maxpert in the Far East tried to build a clone, called the Eva, it was overpriced and not available in large quantities, so this company was doomed to fail, around the same time Kryotech stopped building their units and focused their resources more on industry machines. So only the Vapochill Classic from asetek was left. Based on a 12 volt compressor some people thought that this could be done better. So Chip-Con was born, later the name changed into nVENTIV.

Based on a 220 or 110 volt Danfoss compressor there first unit was a big hit as it was able to keep high end CPU’s at very low temperatures. For those craving even more cooling power they release the nVENTIV GT. Then one day out of the blue nVENTIV announced their bankruptcy, hardware enthusiasts were quite disappointed.

But today there is a new hope; I was really pleased to hear that a new company was picking up the nVENTIV pieces, ExtremeCoolingTechnologies or in short ECT is delivering the Mach II Standard and the Mach II GT and their new and improved CPU kits.

Main deference between the Standard and the GT version is the refrigerant, the GT uses R404a and the Standard use R134a. The performance of both is stunning -65°C at 0 watt for the GT and -40°C for the Standard.

The GT claims to hold -30°C at 200W load and we are looking forward to putting this to the test in our [M] lab;

The Mach II unit comes in black or you can buy an optional aluminum kit (which is also available in black). 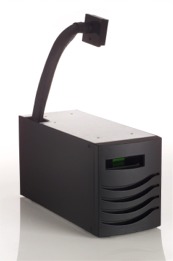 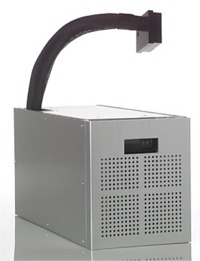 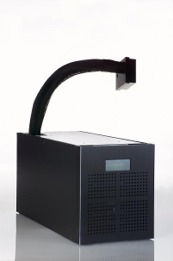 If you want to learn more about Phase Change cooling, you can read up about it over here