We show you what you can expect performance-wise on today?s hardware. And starting from 15 September @ 15:00 GMT we will provide you with a local download link! 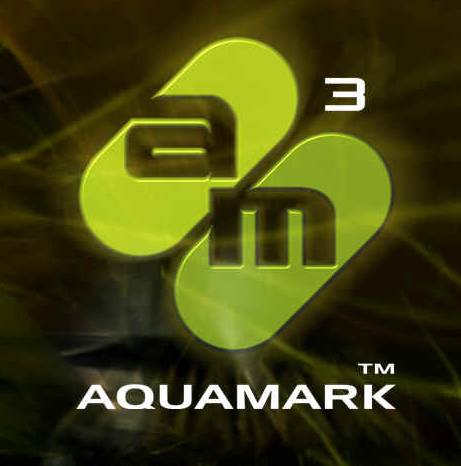 AquaMark3 has been designed to benchmark current and next-generation PCs with a real world game
engine, the krassTM Engine. Having been used in Massive Development’s recent games AquaNox and
AquaNox 2: Revelation as well as in Spellforce by Phenomic Game Development, the rendering
component of the krassTM Engine delivers high-performance graphic effects with superior quality.
AquaMark3 utilizes recent hardware features of the DirectX 9 API, such as PixelShader 2.0, while
staying fully backward compatible to DirectX 8 and 7 graphics hardware. Additionally users can
configure the graphics features in fine detail in order to scale the performance appropriately for their
target system.

Unlike synthetic benchmarks AquaMark3 allows benchmarking in a real-world scenario with an engine
and art assets representing the complexity of current state-of-the-art games. Its art assets are based
on those used in AquaNox 2: Revelation, but have been advanced to be slightly more complex
regarding their average polygon and vertex count so as to represent games that will be released within
the next 6-12 months.

AquaMark3 benchmark results do not only represent the performance of the tested system with
games based on the krassTM Engine, the measured performance is generally transferable to other
state-of-the-art game engines and rendering middleware as well. The vast majority of engines being
used in recent game production cycles work in a similar and widely-accepted way of systems
engineering.

There are several licenses available for those who require more functionality then what the freeware version offers, here is an overview: 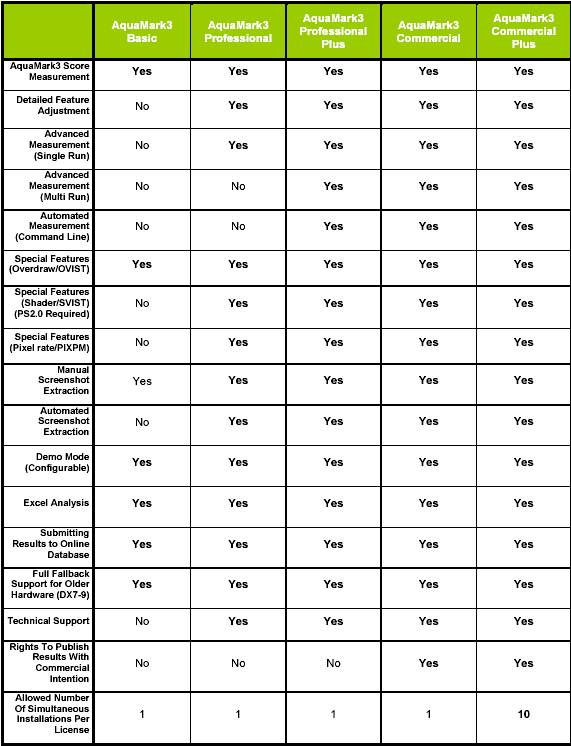 AquaMark3 TRISCORETM (Score Measurement)
The score measurement runs the benchmark with default settings (high quality) and measures the
AquaMark3 score. The AquaMark3 score comprises three independent values (KTRISCORETM): the
overall system performance, the performance of the graphics subsystem, and the CPU performance.
Of those three values the overall system score is the most important measurement, as it is solely
based on the number of frames rendered during a certain amount of time. The graphics and CPU
scores are less precise as AquaMark3 is not a synthetic benchmark measuring raw processing power.
It is necessary to take into account that the graphics score does not measure the performance of the
graphics card only.
The complete graphics score also comprises CPU and system memory, as the
graphic card driver and the operating system also contribute to the result. Graphic card drivers, though
running on the CPU, are seen as a part of setup of the graphical processing pipeline and therefore
don’t contribute to the CPU score. Nevertheless graphics and CPU performance are useful indicators
to see whether the interaction of graphics card and CPU match the needs of action-based computer
games.