After testing the Siberia 200 headset along with the Sound Blaster ZxR while watching movies, some TV shows but also some games, we were happy with the fact that the output is clear, without relying heavily on lower frequencies as some gaming headsets do, while the stereo separation is clearly noticeable, which helps mostly in FPS games. As we have realized from doing some Skype conferences and Mic tests, the quality of it is quite average so if you do a lot of Twitch streaming and want the people on the other end to hear you in pristine conditions, we would like to say that Siberia 650 with noise suppression capabilities should be a better choice.

A Decade Of Siberia

The Siberia line is known for being the most comfortable PC gaming headsets - unmatched by any other gaming peripherals brand. For years, gamers everywhere have been choosing Siberia, from neighborhood LANs to some of the largest eSports tournaments.

The Siberia 200's improved headband evenly spreads the weight of the headset over the entire band, unlike competitive headsets that tend to focus a majority of the weight on a single point.

The soft protein-leather earcups on the 200 provide a breathable and comfortable over-ear fit, no matter how intense your gaming gets.

When millions are on the line, more pro-gamers rely on the acoustically-tuned, immersive soundscape of the Siberia 200.

Over the last decade we have lived and breathed gaming audio. We have identified the key sounds frequencies important to competitive gaming and audio shaped the Siberia 200 to ensure you never miss a critical sound. Hear your enemies’ footsteps, pinpoint the bomb's location, and save the world, all with Siberia 200.

Never worry about your mic again. When traveling between tournaments or LANs, simply retract the mic into the earcup and keep it safe. 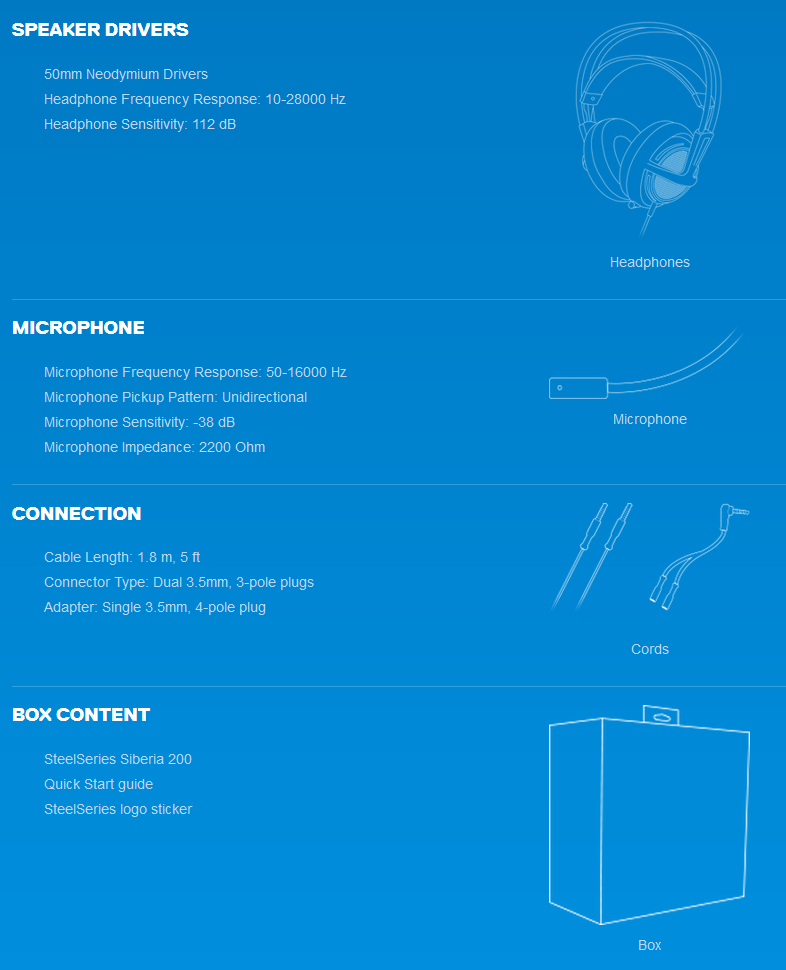