Corsair surprised friend and foe when they released the Carbide SPEC series: three affordable gaming enclosures would join the ranks of Corsairs elite enclosure lineup. With affordable Corsair really meant affordable; take for example the SPEC 01 which retails at just below the 50 dollar mark, thus similar priced as many OEM products. Usually the latter means low build quality, average hardware compatibility, a maximum trim down in functionality and features to keep the price as low as possible. In fact everything which a CORSAIR case is renowned for is missing in many OEM solutions. Time for the Fremont giant to show the world it can be done differently.

With the Carbide SPEC series, Corsair really wants to show it can be done differently; probably main priority was to prove a low cost case can still be classy looking, heck why not even include a windowed side panel to show of the installed hardware. Secondly the massive front grill accentuates this mid tower case looks even more. This SPEC 01 blends in perfectly with its brethren in the Carbide series, all being nice looking gaming oriented chassis. 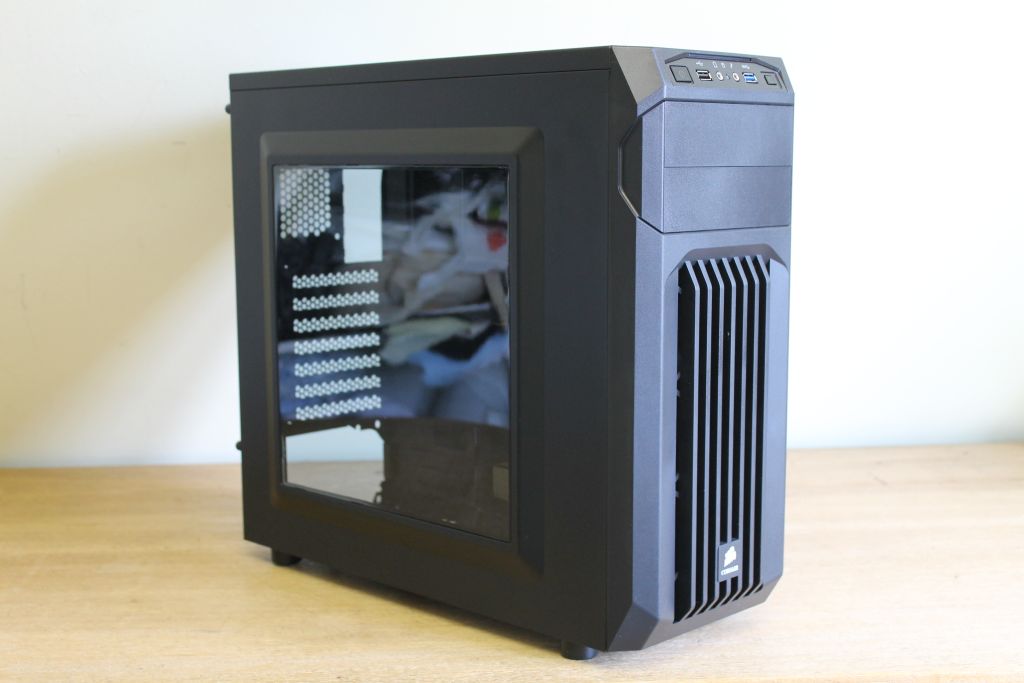 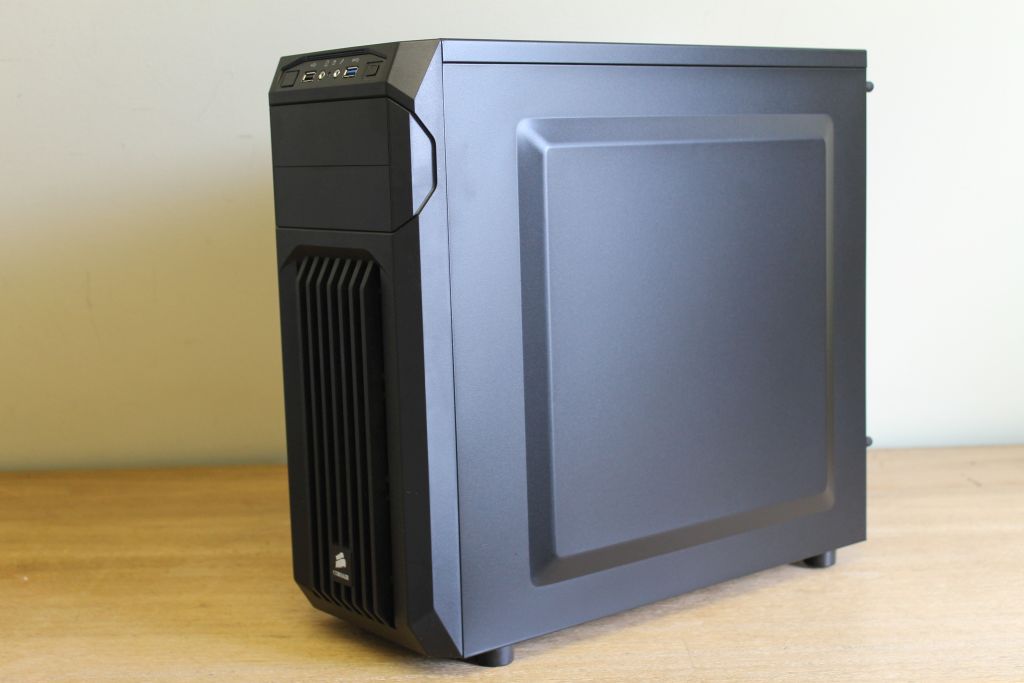 The Carbide SPEC series comprise of three different enclosures. Naturally the 01 model is the most budget friendly, thus automatically less feature rich than the two other versions. To make it easier to comprehend the minor differences we included the three versions into one chart: 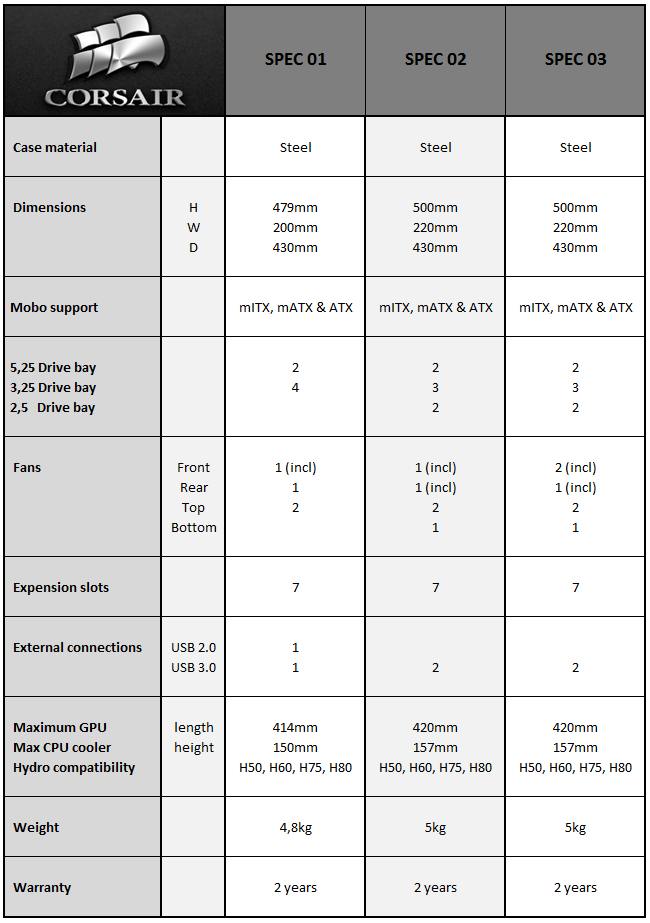 Biggest difference for usage on day to day basis will be the enhanced airflow of the 02 and 03 versions. Most users will be contend with up to four storage devices. Yet these SPEC variants all carry a different look to distinguish them from one another.