The latest 760T case from Corsair takes part of the Graphite series and features specially designed side panels which allow a full-view of the system during operation. The inside quite spacious and was built with both air and water cooling in mind. Thanks to the modular drive cages, we have multiple mounting possibilities and the integrated fan controller allows running in both Silent (7V) and Full Speed (12V) modes. 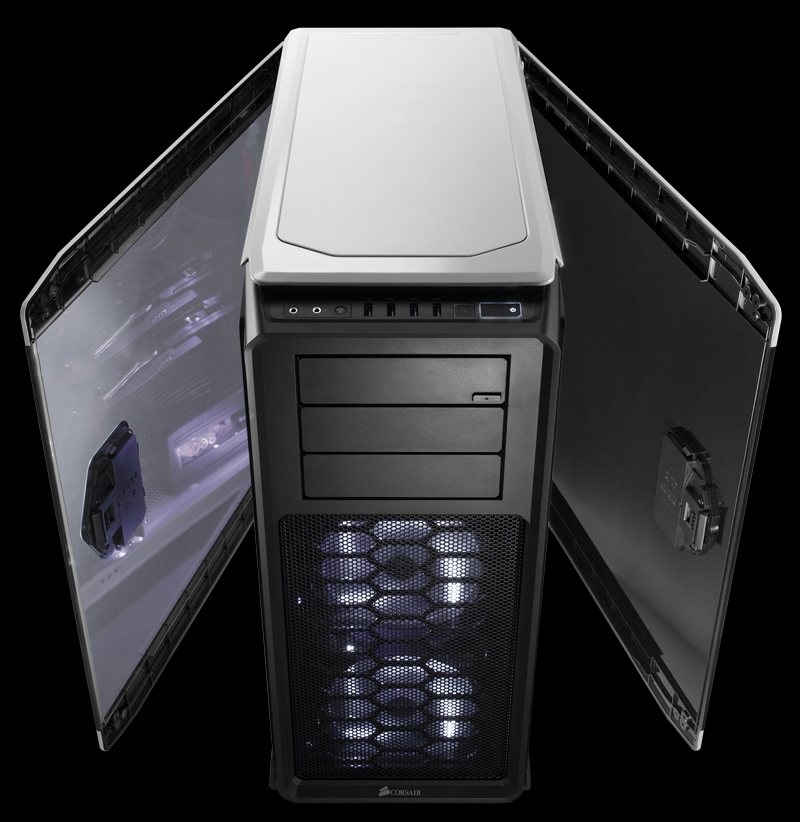 At first we would like to thank Corsair for sending a sample of their Graphite Series 760T Full Tower Computer Case for testing and reviewing.