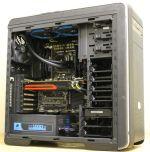 Cooler Master's CM 690 series has received again a face lift, logic as it remains one of the core products of the Cooler Master enclosure range. Today we introduce you to the third installment of the infamous 690 series. At first glance no big cosmetic changes are detectable on the outside. This CM 690 III still carries the heavy weight on its shoulder of its predecessors regarding the looks, thus most changes are made on the inside to make this medium tower lineup 2013 proof. Time to open the box and explore the goodness the Cooler Master engineers came up with this time...

Not only the cooling department got a complete overhaul, the storage design is quite exceptional too. In the standard configuration up to four SSD's or 2.5inch drives can be stored in the top cage. The bottom cage houses up to three 3.5 inch standard sized HDDs. 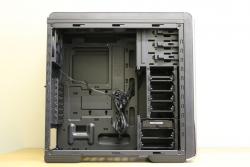 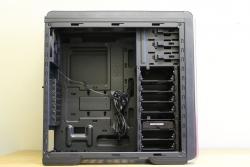 By removing three screws, the top cage can be widened to accompany instead off the four SSD's up to four normal sized HDD's. The utilized Hard drive trays are custom sizeable too, meaning one tray fits all sizes. HDDs are sandwiched, while SSD's or 2.5inch drives need to be fixed via screws. 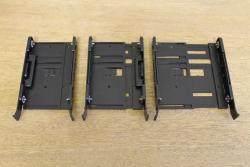 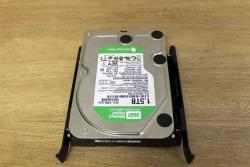 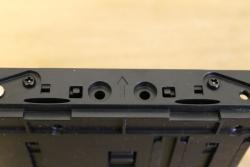 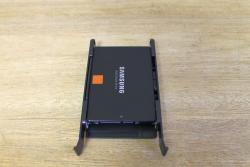 We have seen many motherboard manufacturers position SSDs behind the motherboard tray. Big side effect was that the SSD could only be secured or removed after removing the entire motherboard. A tedious job, however the CM engineers found a clever solution. Mount four rubber grommets to the SSD and just slide the SSD in to secure it. No motherboard removal is required at all! 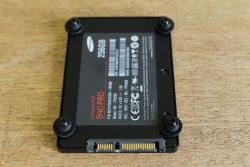 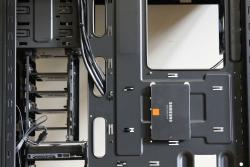