With the coming of the GTX Titan derivation named GTX 780, we have very good performances available at a lower price point. Gigabyte is one of the companies which offer a highly overclocked variant and a custom, compact cooling system which is enough silent when the card is placed in a well ventilated computer case.

When Nvidia made the introduction of the GTX Titan, they have also updated the GPU Boost technology to the second revision. This method is meant to replace the usual clock speed control so if the GPU feels that an application needs more performance and the TDP is not exceeded, the graphics card will be automatically overclocked. 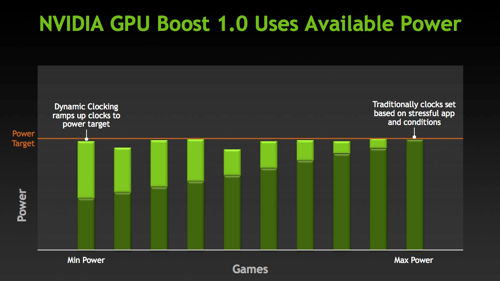 Besides the TDP, GPU temperature also comes into play when this automatic overclocking system is in effect. Manually, we are also able to adjust the GPU voltage in order to maximize the overlocking speed limits. 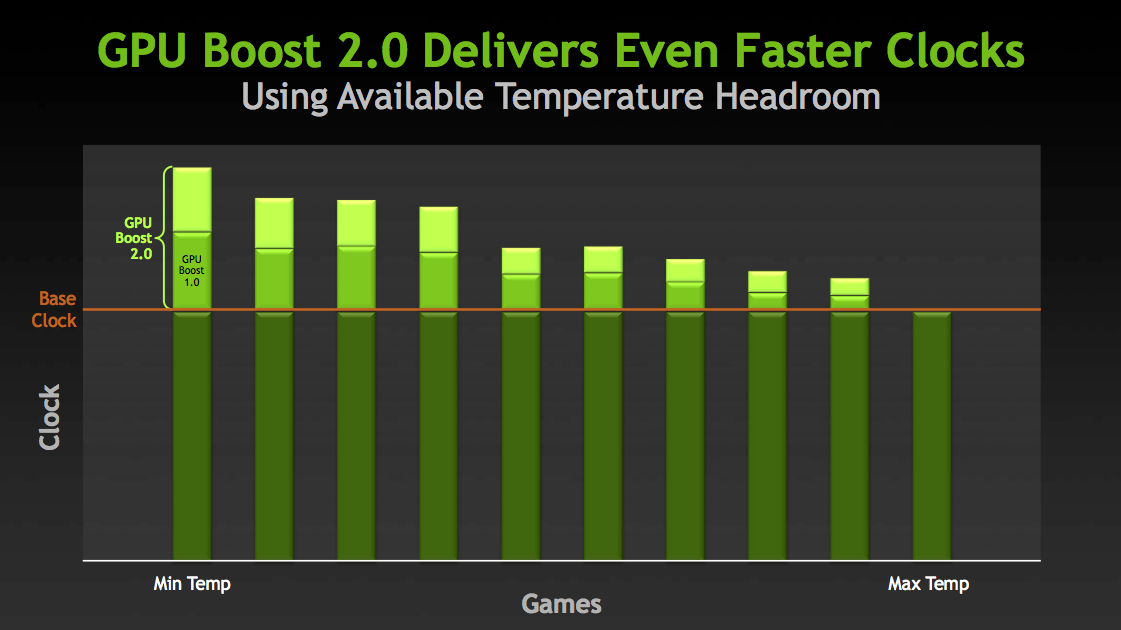 The GPU Boost 2.0 feature also comes with an Overvoltage option that is enabled by request. The latest iteration of OC GURU II from Gigabyte supports these technologies including GPU Temperature Target, Overclocking, Unlocked Voltage.

The Gigabyte GTX 780 WindForce OC version we will look upon in this article also features a consistent factory overclock:

“Triangle Cool” technology combines fin with clip module, the Anti-Turbulence structure of heat transfer, which can increase the efficiency of heat dissipation dramatically. The triangle design also minimizes the flow of turbulence between fans and provides a system with more efficient air flow: