Since AMD introduced the Zambezi architecture or more known under the Bulldozer brand, the reactions of the general public were kinda mixed. AMD loyalists found the new innovations/features a solid step forward in the right direction. In general the enthusiast crowd got spoiled with far higher clock frequencies, this running at similar voltages. But the performance depending on the application was sometimes lackluster.  Intel's Sandy Bridge excelled in IPC (Instructions per Clock/Cycle), knocking any CPU that was previously produced, just of its socks. With Intel's 3rd generation Ivy Bridge, things haven't improved much for AMD at all. At a certain moment it was even leaked to the outside world, that AMD considered stopping completely in competing in the desktop segment with it's main rival Intel.

Luckily for the hardware fans, this hasn't happened at all and AMD has revised it's Bulldozer technology, now known as Piledriver. However don't get your hopes up too high as these are minor performance refinements. In fact the current Vishera ( FX processor ) is what Bulldozer should have been from the start. AMD was late too the party, pretty late and it will take them a while to fight back. Main advantage for them was that the socket AM3+ socket could be reused and a sole bios update of the mainboard is all that is required to get the latest desktop CPU running on your motherboard.

However AMD's focus was already a while on another CPU segment, namely the APU. (Accelerated Procesing Unit) The Marketing team was spreading the word under the name FUSION. What it all boils down too is to be able to create a small form factor PC (HTPC,...), extending the battery life (mobile market ), yet still allowing for a high visual experience by including a high performant graphics core inside the CPU. This complete bundle is available at a very moderate price. Since Intel is also focussing heavily on this market, especially pushing the Ultrabook range, AMD had to make sure they made up for the lesser IPC (Instructions Per Cycle ), by including a decent integrated graphics solution.

AMD's first APU, the Llano (socket FM1) was a pretty solid APU, that perfectly did what it was designed for. Powering nowadays many multimedia setups at a fraction of the price of a regular desktop. But the competition never rests on it's laurels, so time for a revision. This time the new APU CPU series are launched together with a new socket type: the FM2 socket. 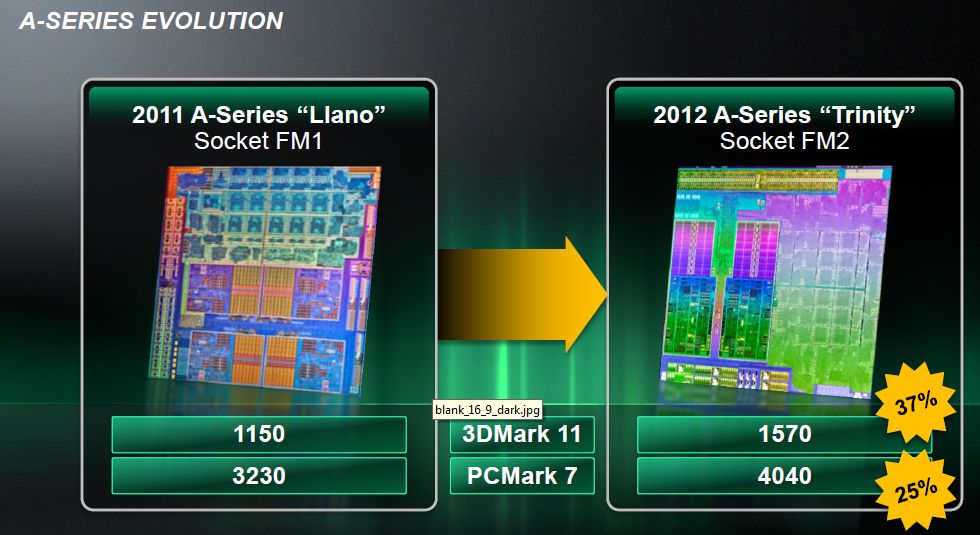 As usual we are not gonna fill pages with too much technicalities as it's the performance we are looking to explore. What has changed or stayed the same coming from Llano: 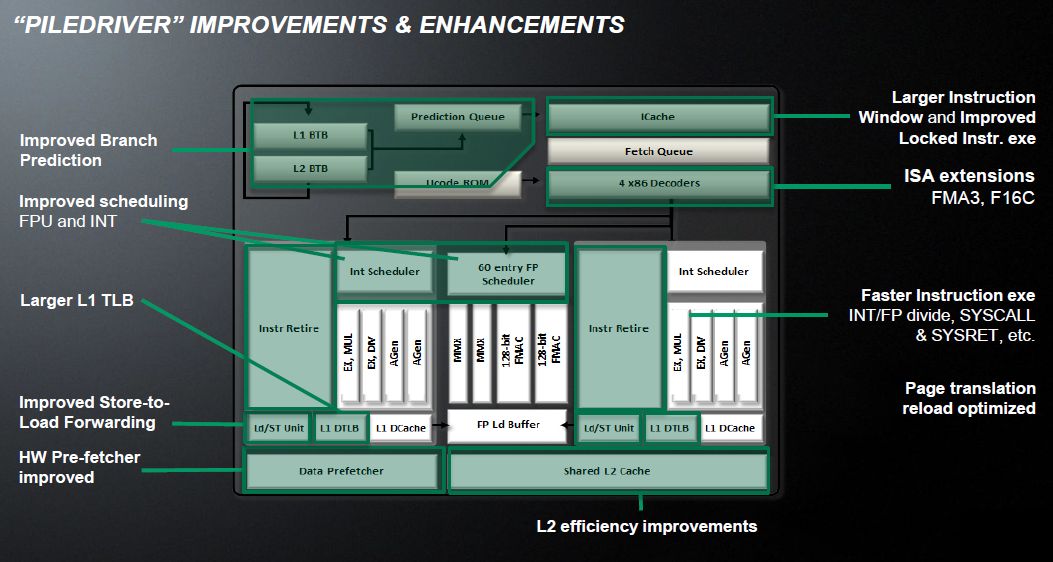 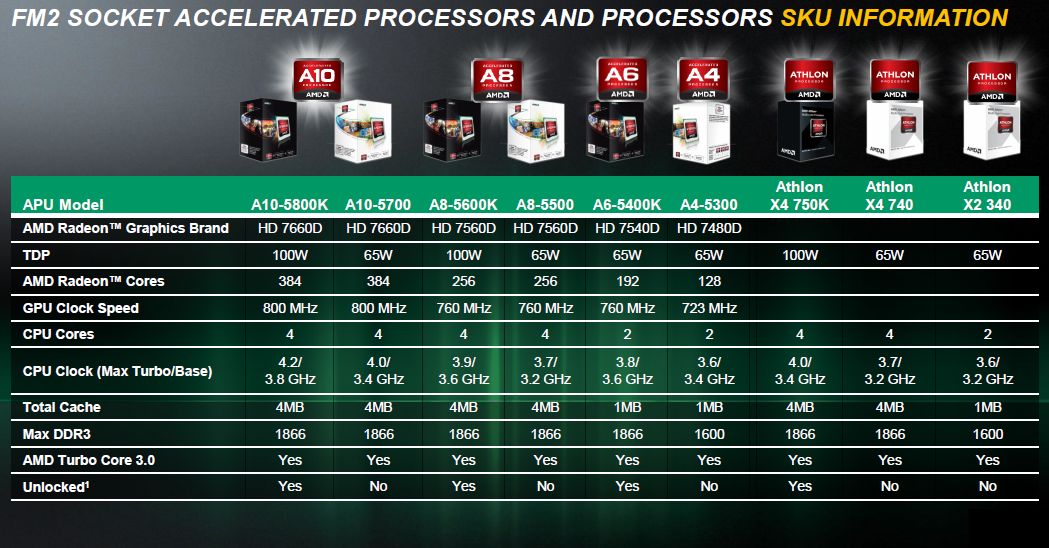 All the A series CPUs listed above are ready for usage in the APU market, the three Athlon models are introduced to fight the low end Sandy Bridge models, however are without an integrated graphics core.