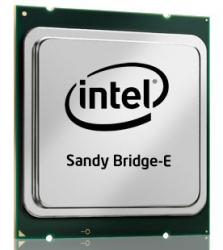 We are getting spoiled again, another new CPU architecture in under a month, hitting the shelves. This time it's Intels turn to redefine processor power. With the launch of it's mainstream socket 1155 early this year, Intel created stiff competition, not only for AMD, but also for it's own high end socket 1366 platform. The socket 1155 Sandy Bridges offered amasing performance, yet at an affordable price. Instead of one Extreme CPU, with an unlocked multiplier, Intel offered the consumer two variants of the K skew. The 2500K, a quadcore CPU and the 2600K with added Hyperthreading capabilities. The K skew CPUs are reknown to be very overclockable, yet only costing a fraction more then the normal versions. Running them at 4.5Ghz and beyond is a no brainer. And best of it all , there is no need for a high end motherboard, nor cooling. This K model brought their own Gulftown lineup with 970/980X and 990X socket 1366 CPUs in a difficult position. Being far more expensive : this thanks to the motherboards prices, the need for triple channel,... Those that still went for the high end platform needed probably it's hexacore capabilities for rendering, crunching, etc. Most gamers ignored X58 in 2011 and went happily down the socket 1155 road. Let's introduce Intels brand new socket 2011 platform.

The socket 2011 platform can be best seen as a hexacore socket 1155 CPU. Intel relying on the ringbus architecture of the socket 1155, adding a big shared L3 cache. Plus the TurboBoost v2.0 and support for the 256 bit AVX (Advanced Vector eXtensions ). Looking at the die picture below we see two faded out zones, that reveal already the upcoming SB-E server variant CPU with 8 cores. The only thing we are missing compared to socket 1155 is the lack of the integrated GPU (HD2000/3000) on the die. 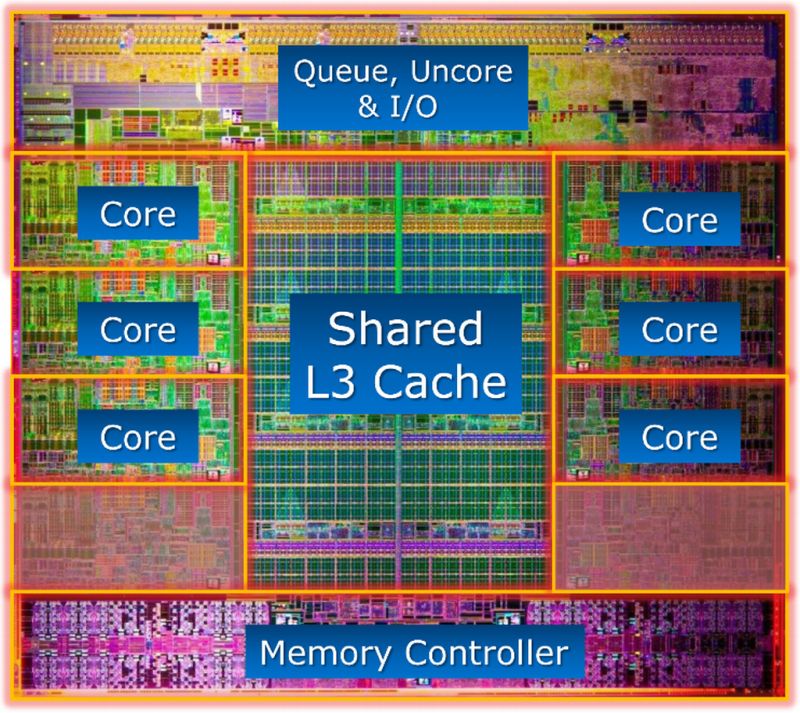 SandyBridge - E will support up to 40 PCI-E lanes for maximum GPU speed. This was one of the minor flaws on the socket 1155 SB, where we were limited to less lanes, even with just a dual GPU setup (16/8X). For 3/4 way SLI/Crossfire motherboard vendors had to add extra chips on the mainboard ( NF200 ) Mostly the added chips created extra latency, making these boards slightly less efficient clock per clock. SB-E has got you completely covered. The controller is ready for PCI-Expres 3.0. However not being officially finalised/certified by Intel, though the capabilities seem to be well present. 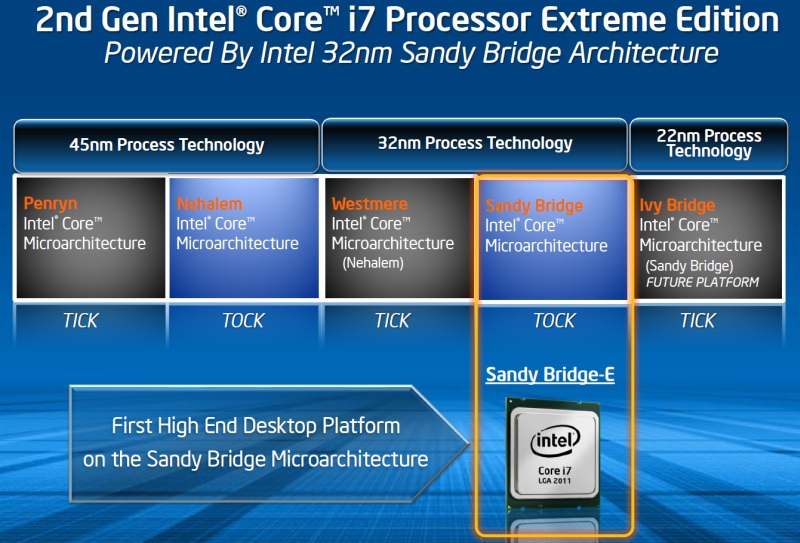 Today Intel launches only two socket 2011 CPUs. The Core i7 3930K and the Extreme edition the i7 3960X. There is another variant being readied for shipping beginning of 2012.

The CPU tested today is Intels Extreme i7 3960X CPU. Again a hexacore model running at 3.3Ghz out of the box. Having the biggest L3 cache of the 3 models, namely 15Mb. With Intels Socket 1366 CPUs there was also a Turbo, but this was merely limited to one or two ( TDP permitting) multipliers. With Intels SandyBridge CPUs TurboBoost 2.0 is integrated. Depending on the cores loaded you either end up with a CPU running at 3.9Ghz. 3.7Ghz for 3 to 4 active cores and with 5 or all cores loaded it's 3.6Ghz for the cores. Ofcourse everything has to be properly cooled, otherwise the CPU will clock down (TDP of 130Watts). As with all Extreme models, the CPU mulitplier is fully unlocked. Target street price is around 950 euros for this particular model.

If that's a bit out of your budget, Intel launches another K skew model, the i7 3930K . Retailing around 550 euros this CPU offers also six core action, but the level 3 cache has been trimmed down to 12Mb. Sadly we don't have a 3930K to test, but surfing the world wide web the performance is about 1-8% less, depending on the application, versus the far more expensive i7 3960X. The clock speed is running 3.2Ghz, so the Turbo function also operates at 100Mhz less then at the same core load as it's bigger brother.

Early next year the quad core version , i7 3820 will see the daylight, operating at 3.6Ghz. Being a quad core, so less cores and again less L3 cache ( 8Mb) Yet also multiplier overclockability is a feature, but the max multiplier has been limited by the Intel engineers.

All processors share the same die size of 434.7mm², 32nm process and the 130W TDP. Intel confirmed that even in the boxed version, no cooler will be included. This can be purchased seperately ( +/- 20 euros) or you can opt straight for Intels rebranded Asetek cooler the RTS2011LC. But more on that later... 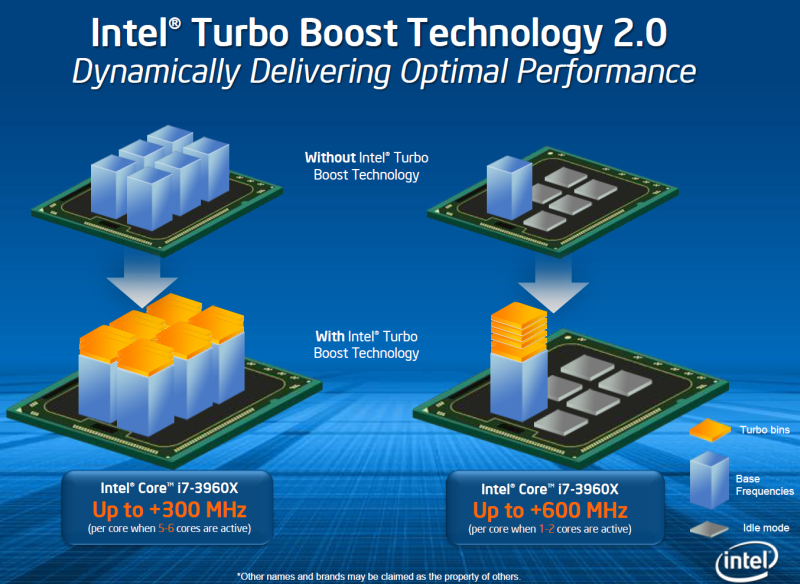