After 200 Hours of testing we are proud to present you with the first CPU Cooler Roundup of 2009, featuring a 23 different products compared to the best out there; make use of our dynamic chart generator to compare up to 72 Intel/AMD heatsinks.

It’s been a while since our last big heatsink roundup, back in November 2007 we added 13 heatsinks to our performance/noise comparison database.

Between then and now we did do a couple of stand alone product reviews, 12 of them be exact; but now it’s time for a major update.

Today we’ll be testing 23 new heatsinks and comparing them to the 49 already tested in the past.

The new additions are from known names as well as new comers in the industry, we have compact and light weight heatsink, but also dual 120mm TEC powered cooling blocks. Here’s an overview of the products tested: 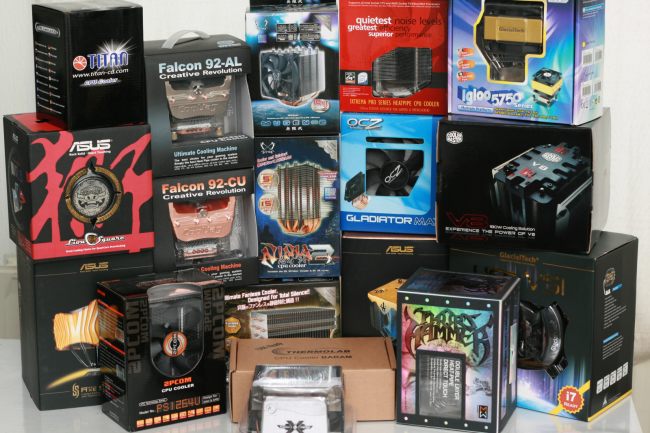